His occupation is no mystery 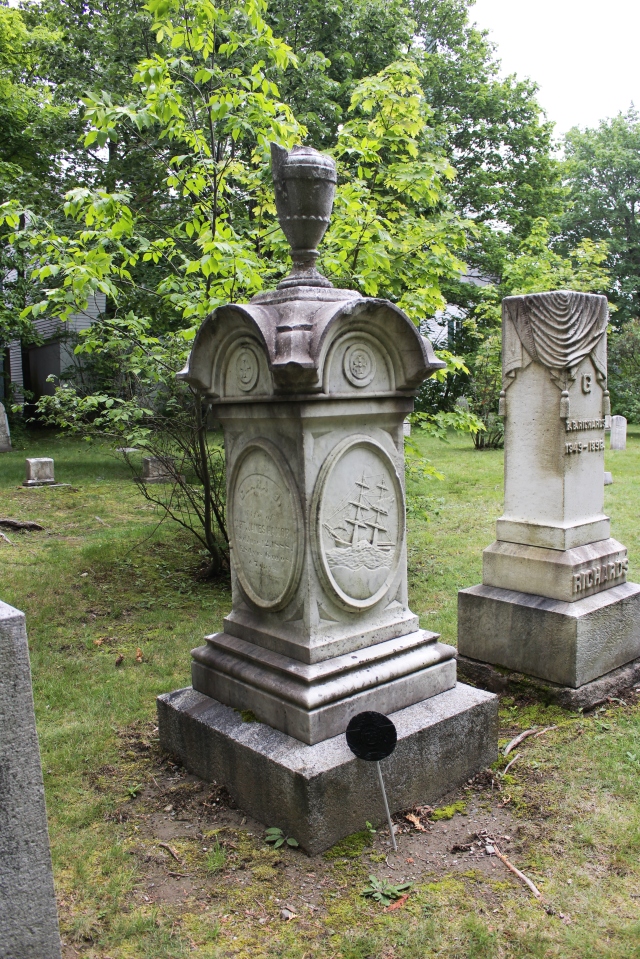 Nor o’er the rolling wave

He has performed life’s final voyage

And anchored in the grave.

I know that my redeemer

Some gravestones display the occupation of the deceased as does this one from the Bar Harbor, Maine, Village Burying Ground.  The cemetery is just a block or so from the village green tucked between two great churches.  Toward the back of the cemetery is the gravestone of sea Captain James Hamor. 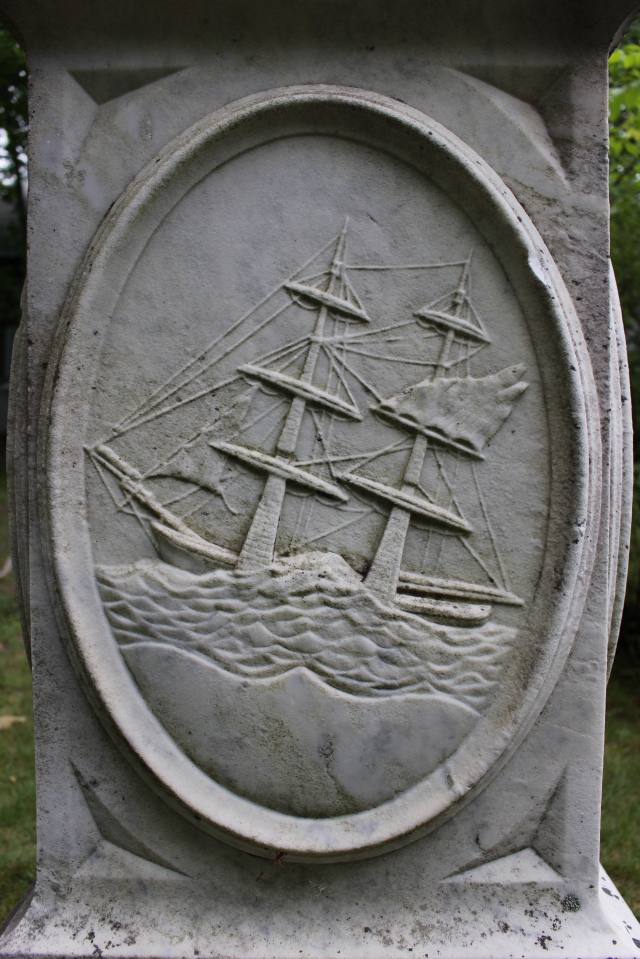 Even if his title of Captain was not engraved on his gravestone it would be easy to discern his occupation from the bas-relief carving of a great ship on the rolling sea.  And, even though, there is one word in his epitaph that is undecipherable, it confirms his occupation by defining his life and burial in seafaring terms.