The Spirit of Achievement

Posted on November 11, 2016 by gravelyspeaking 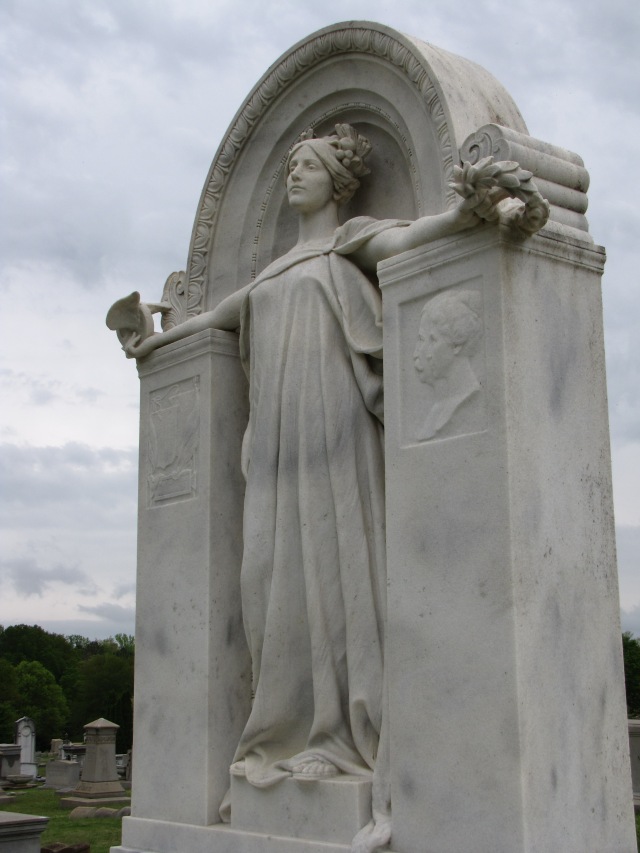 Jesse Parker Williams’s career can be best described as a Horatio Alger rags-to-riches story. After the Civil War, having served in the Confederate Army as a Captain, Williams was left penniless. He moved from job to job, first as a bookkeeper, before he acquired enough capital to set up his own business in the timber industry.

He then opened and successfully ran a large mercantile company in Port Harrelson, South Carolina, which he sold. He made a move to Georgia, where he built a large fortune building and operating the Florida, Georgia, and Alabama Railroad. Jesse Parker and his wife Cora were what we would call today a “power couple.” Upon his death, Cora, became President of the company and ran it successfully until her death in 1924.

The monument that was built to mark their graves was designed by famed architect Henry Bacon. The allegorical statue, titled “The Spirit of Achievement”, at the center of the memorial was sculpted by Daniel Chester French. A bas-relief of the couple adorns the upper right side of the white marble monument.

The Williams’s Memorial in the Westview Cemetery at Atlanta, Georgia, was not the only collaboration by Bacon and French. Their most famous collaboration was the Lincoln Memorial in Washington, D.C. Henry Bacon designed the building and Daniel Chester French designed the statue of President Abraham Lincoln, which was carved by the Piccirilli Brothers.