Angel at the Door 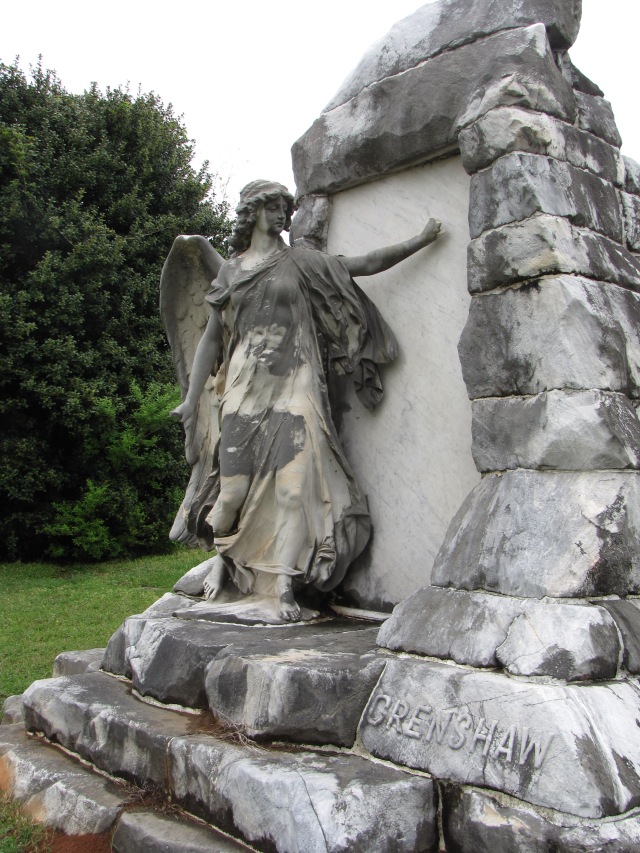 She hath done what she could. 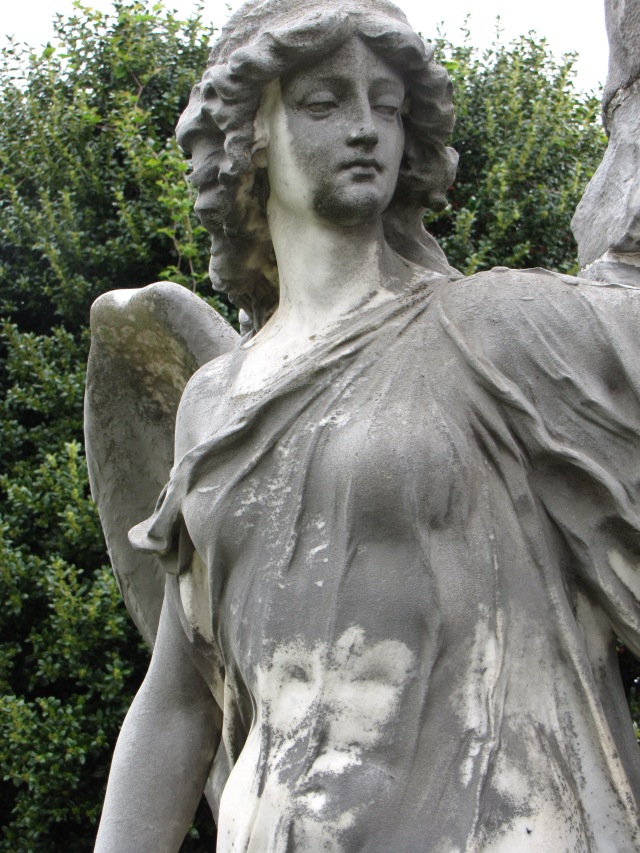 The Crenshaw Family Monument in the Westview Cemetery at Atlanta, Georgia, was built for William and Nannie Crenshaw. The white-marble tomb is built to look like an entrance into a stone cave. Standing in front of the doorway is an angel, wings back and one arm extended as if she is going to either knock on the door or open it. 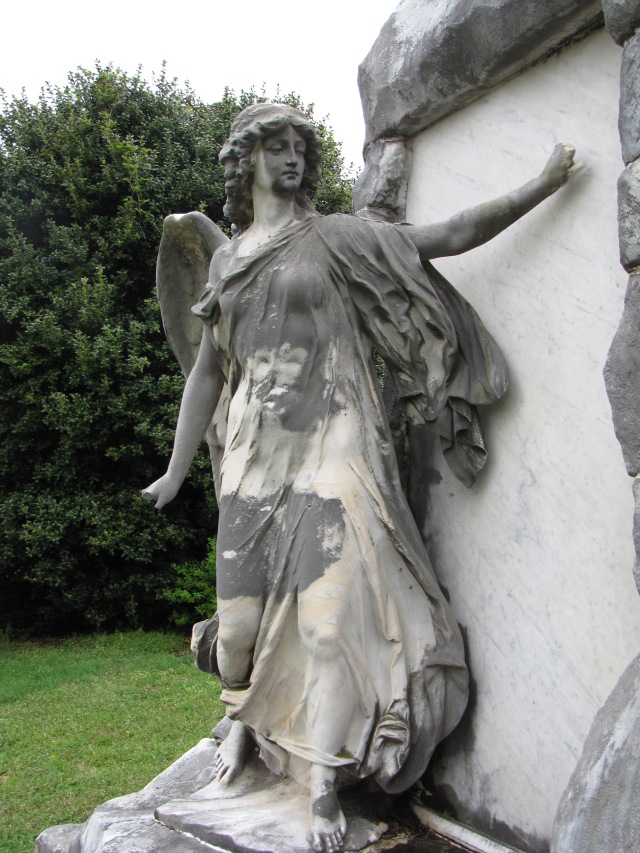 The angel figure is wearing a diaphanous gown that appears to be swirling as she lands on the top of three steps. Each of the three steps, in Christian symbolism, represents a different virtue—“Faith in the will of God…Hope for the dawn of that yet more glorious day and Charity toward all men.”

The door as a motif in funerary art symbolizes mystery.  The door also represents the pathway from the Earthly realm to the Heavenly realm—the doorway is the portal the next and better life. 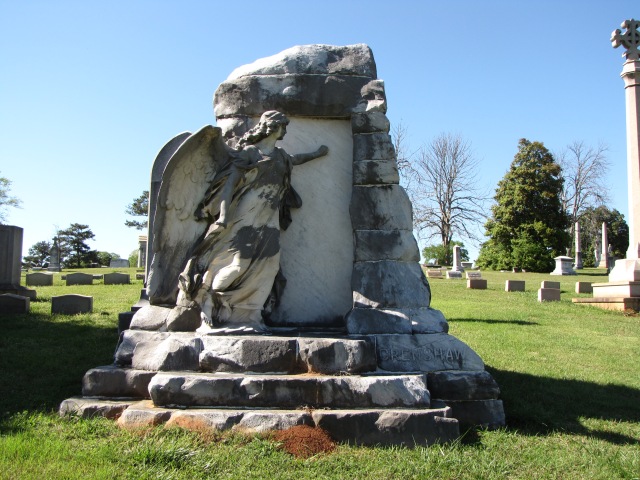