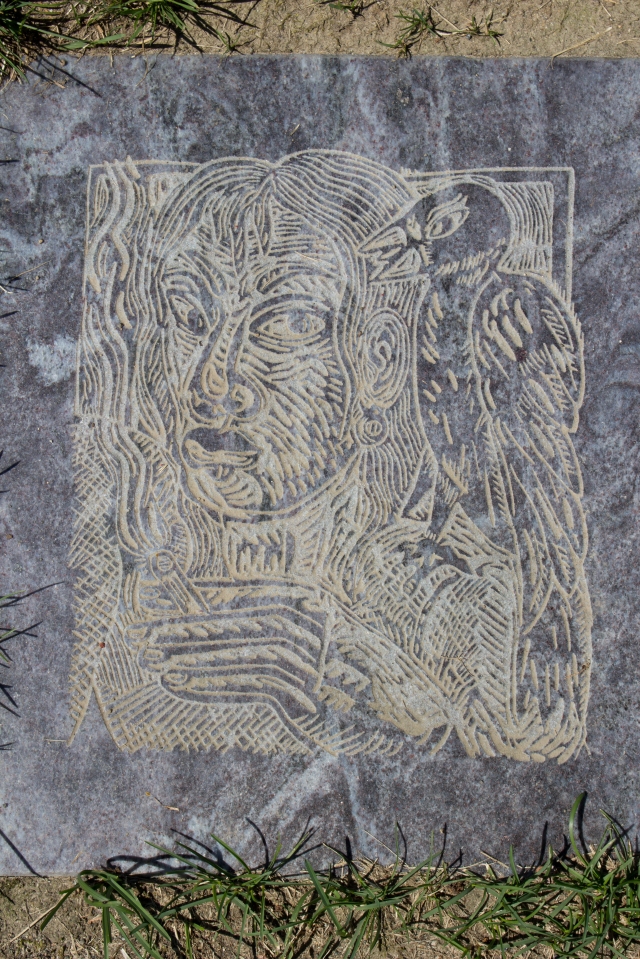 Sociologist W. Lloyd Warner was one of the first to study graveyard iconography and burial practices. In 1959 Warner wrote a monograph, The Living and the Dead, where he asserted, “cemeteries are collective representatives which reflect and express many of the community’s basic beliefs and values….” Life is reflected in the cemetery. One of the 20th Century changes that is evident is the influence of technology and rising labor costs. That can be seen in a type of gravestone called the grass marker. That is a gravestone that is absolutely flat with the ground—level with the grass—hence the name.

By designing markers in this way, large swaths of grass can be moved with ease on riding lawn mowers, reducing the cost of labor to move around various shaped gravestones. Now whole cemeteries often called Memorial Parks have nothing but this type of gravestone.

The unfortunate aspect of this, is that quite often these grass markers can be unique but are often overlooked.

One example of a beautiful gravestone in the Lake View Cemetery at Seattle, Washington, is for Michael Joseph Ehle, an artist from the Seattle area. Ehle grew up in Salinas, California, and started drawing at a very early age and he never stopped. Even when he was barely getting by as an artist, he washed dishes and took odd jobs to continue his art. His diligence and hard work paid off—now his works hang in the Tacoma Art Museum and the University of Washington Medical Center and the offices of Microsoft.

Ehle’s flat gray grass marker is designed with the graphic quality of a woodcut. While I don’t know what the symbolism is for the piece of artwork chosen for his marker, it is definitely reminiscent of his bold expressive artwork. The young man smoking with a raven on his shoulder looks wryly toward the passerby with a knowing expression.

If you don’t look down once in a while in a cemetery, you could miss the lowly grass marker that might have some surprises carved into the face of the granite. 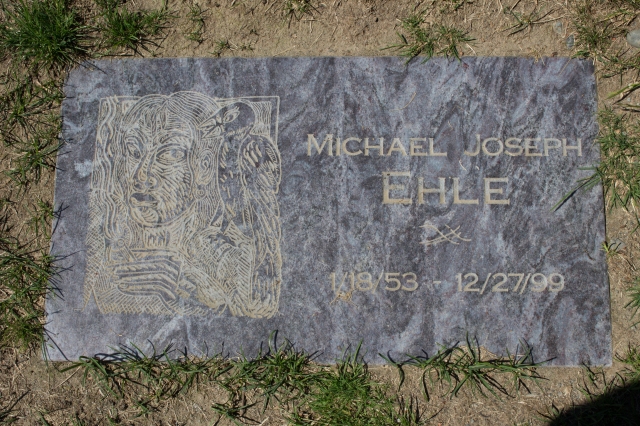 This entry was posted in Symbolism, Uncategorized. Bookmark the permalink.