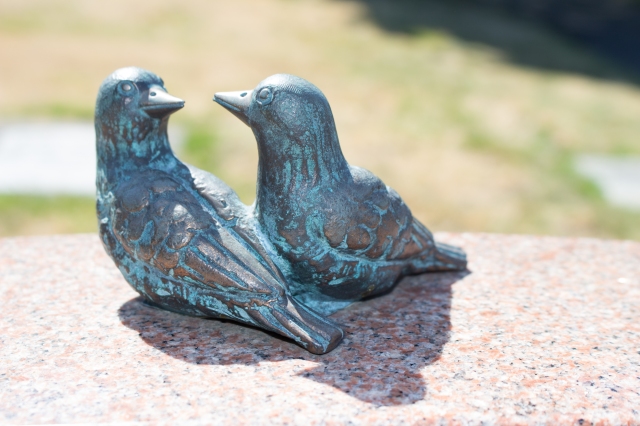 Marriage is tough. So tough that in the United States one in three marriages end in divorce. That, though, is nothing compared to how mating works in the animal kingdom. The female black widow spider, which is about half again bigger than the male, mates and then attempts to EATS the male! Most of the time the daring male escapes to romance another day.

The male praying mantis, however, is not so lucky. The unsuspecting male is lured to the female praying mantis who sets her trap with pheromones like the spray of perfume that attracts him into her orbit. When they mate the green femme fatale chews off her partner’s head. Ouch! 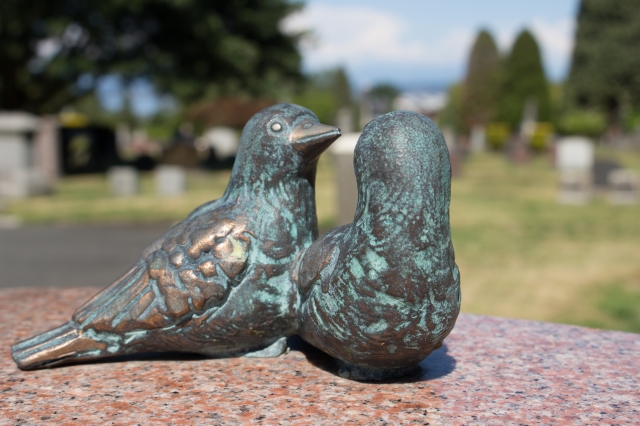 Not every critter, though, is heartless. Lovebirds are the veritable poster animals for romance and commitment. Lovebirds mate for life—a romance that starts when they are 10 months old and is continued for their lifespan that lasts for nearly 15 years! And they are committed to each other. The tiny little colorful lovebirds sit next to each other for hours and even tenderly feed each other! When they are separated the lovebirds exhibit nervous and erratic behavior until they get back together.

So, it is right that the lovebirds atop the polished red granite gravestone that marks the graves of two couples buried in the Lake View Cemetery at Seattle, Washington, who celebrated long marriages. 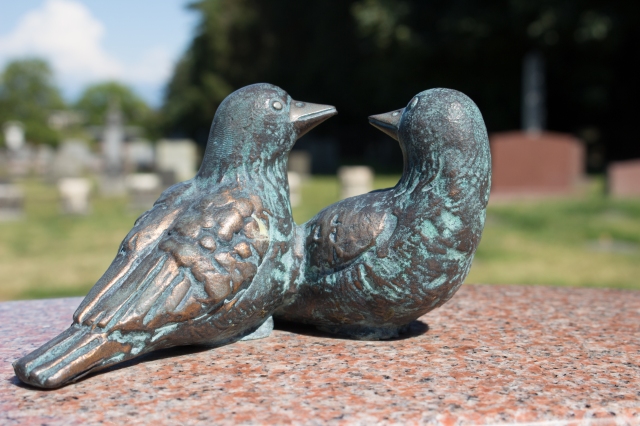