Posted on February 24, 2020 by gravelyspeaking 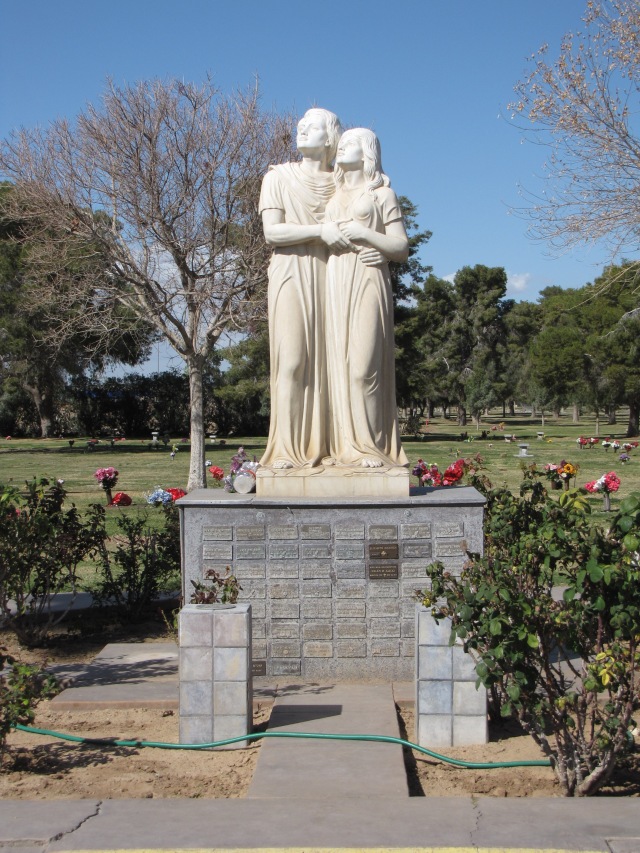 The same sculpture appears in three cemeteries very far apart—Greenwood Cemetery in Phoenix, Arizona, Crest Lawn Cemetery in Atlanta, Georgia, and Kraft-Graceland Memorial Park in New Albany, Indiana.  They are all have the exact same statue of a man standing next to a woman with his arm around her.

In Greenwood the statue sits atop a columbarium which is a place where urns are “stored” in a cemetery.  The word “columbarium” has a Latin root and comes from the word “columba.” Columba referred to housing for doves that was divided into compartments for their housing. 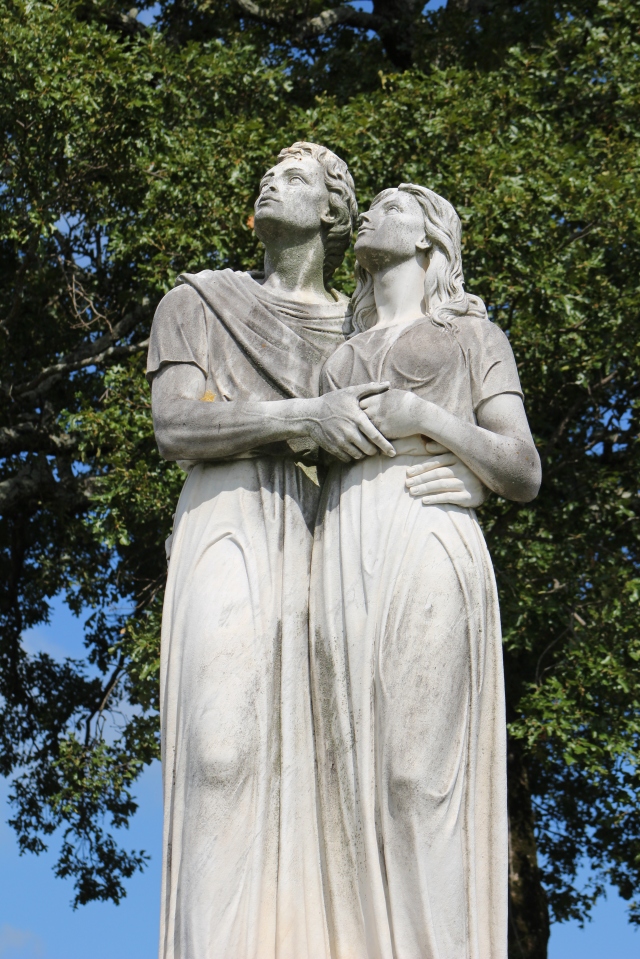 In Crest Lawn the statue sits atop a sarcophagus mausoleum.  A ‘sarcophagus” is defined as a stone coffin and, generally, these structures do not have windows and are partially above ground.  The word, sarcophagus, is derived from two ancient Greek words, sarx, which meant flesh and phagein meaning to eat.  The two words together, sarkophagus, meant flesh eating.  The term came from the limestone used by the ancient Greeks to bury the dead which was thought to decompose the flesh of the deceased. 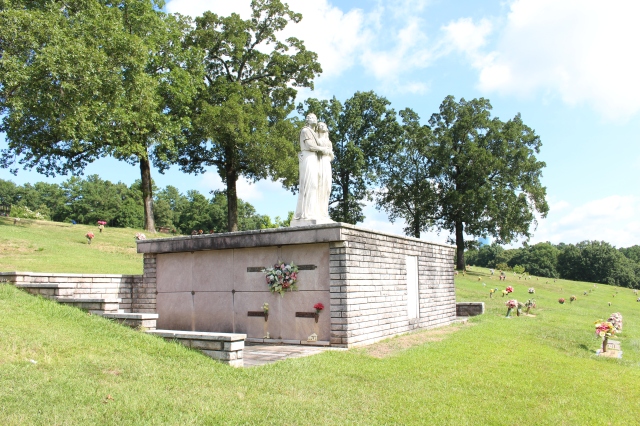 The Kraft-Graceland Memorial Park statue is made of bronze and is in an inset highlighting the name of the cemetery. 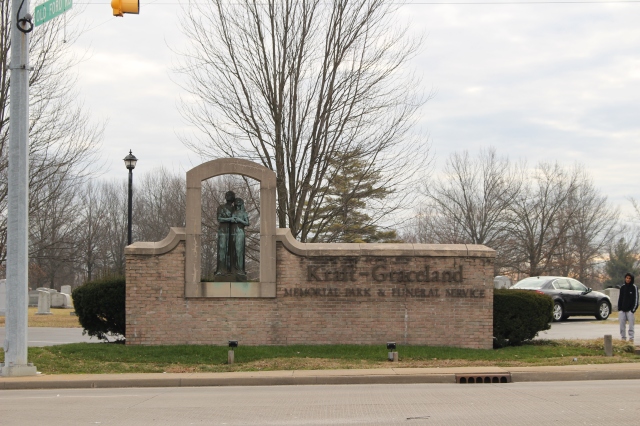 No markings on the bronze statue give any clues revealing the sculptor or the name of the foundry who produced it.

2 Responses to Marble and Bronze