Posted on February 16, 2020 by gravelyspeaking 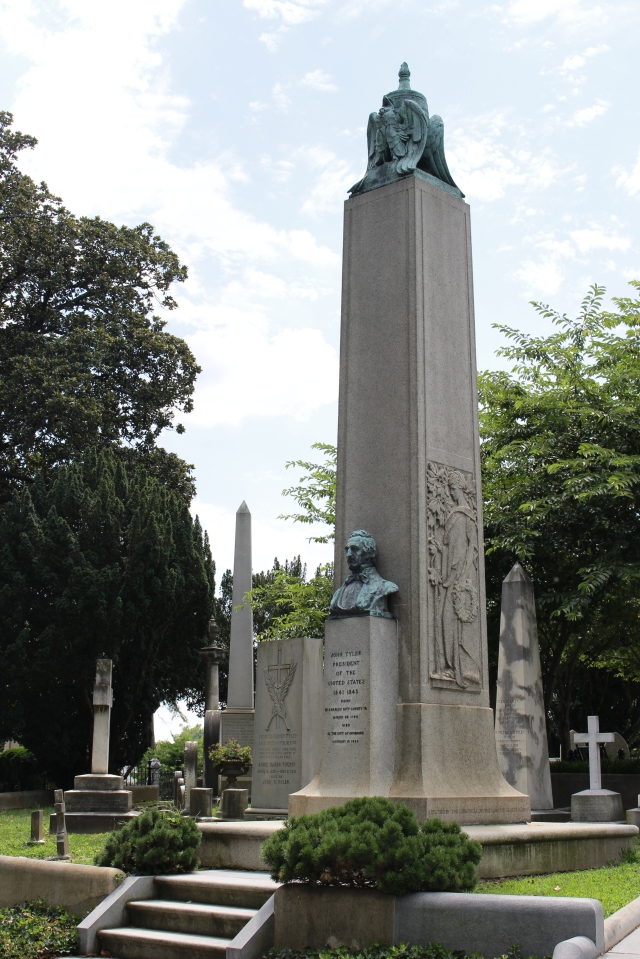 IN THE CITY OF RICHMOND

INTERRED BY HIS SIDE

On President’s Day most people, if they are thinking about presidents at all, other than the weekend sales events, most likely think of the current occupant of the White House or the presidents who have served during their lifetime.  Some, of course, think of the most notable presidents, such as Abraham Lincoln, Thomas Jefferson, Theodore Roosevelt, Franklin Roosevelt, or John Kennedy.  Some think of our greatest and first president, George Washington.  Afterall we wouldn’t have a Republic without Washington and the current holiday was born out of national celebrations for his birthday—February 22.  After Washington’s death, beginning in 1800, unofficial remembrances were held to honor and celebrate Washington on his birthday each year—this didn’t become an official national holiday until 1885.  Then in 1971, under the Uniform Monday Holiday Act—to create more three-day holidays—George Washington’s birthday was officially to be celebrated on the third Monday in February.  Hence Presidents’ Day was born.

But who thinks of the lesser known presidents on Presidents’ Day, such as William Henry Harrison, Martin Van Buren, Rutherford Hayes, or Chester Arthur, names few Americans would even be able to conjure up?  Or how about John Tyler?

John Tyler was our tenth president and notable in many ways.  First, Tyler could have been given the moniker of “Father of his Country”—he had 15 children after all!  Tyler was also the first president to ascend to the office upon the death of a president.  Wiliam Henry Harrison, of Tippecanoe and Tyler, too-fame and the oldest man elected to the office at the time, gave his inaugural address in the rain—as a show of vigor.  He caught cold which turned into pneumonia and a month later Harrison was dead.  Tyler became president.  Many believed that since he was not elected to the office that he did not have all the rights to carry out the duties of president.  At the time, many political wags referred to him as “His Accidency.”  Tyler was not popular even with members of his own Whig party. Over a dispute about re-establishing the National Bank, all his cabinet members except Daniel Webster resigned. An angry mob gathered at the White House and hurled stones at the building along with epithets.  An impeachment resolution was introduced in the House of Representatives, but it didn’t go any further than a Congressional investigation.  On his last full day as president Congress overrode his veto of a bill—the first override in American presidential history.

If all of that wasn’t enough to assign Tyler to the dustbin of presidential history, once the Civil War began, Tyler sided with the Confederate States.  He was even elected to the Confederate House of Representatives.  A premature death kept him from taking his seat. He died in Richmond, Virginia, where he was buried.  His coffin was draped with the Confederate flag and Confederate flags in Richmond were lowered to half-staff.  Tyler may be one of the most unpopular presidents in our history, though, he never sought popularity.  In fact, he once said, “Popularity, I have always thought, may aptly be compared to a coquette—the more you woo her, the more apt is she to elude your embrace.”

Tyler is buried in the famed Hollywood Cemetery in Richmond, Virginia. Tyler’s monument is a soaring granite shaft topped with a bronze urn with eagles back to back.

On one side of the column is the allegorical figure of Memory standing next to the “Tree of the Republic” with her left hand holding a laurel wreath. 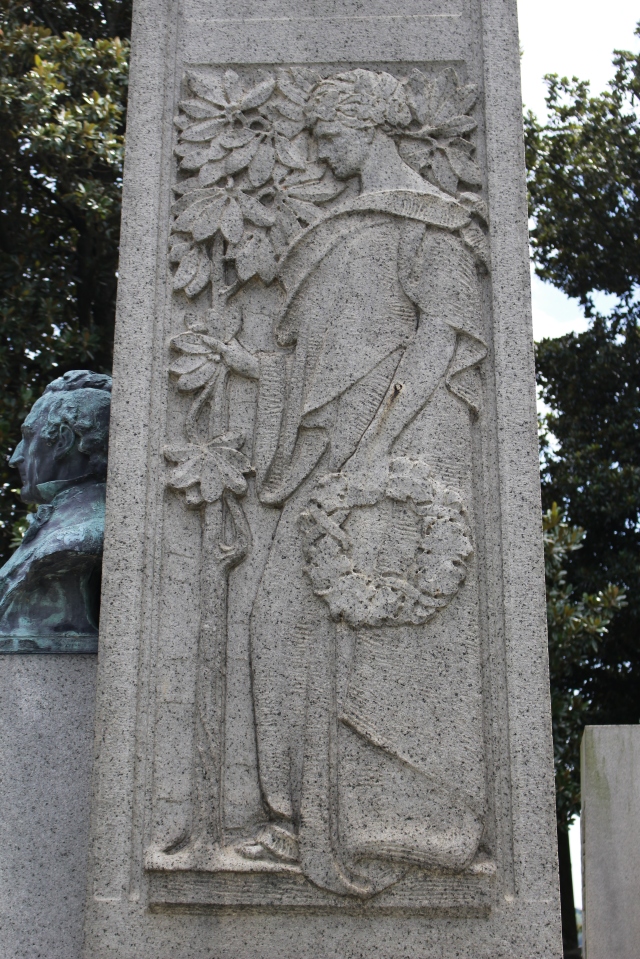 The other side of the column depicts an allegorical figure with her hand around a mace and in the other hand she holds a twig while balancing a shield bearing the seals of the United States and the Commonwealth of Virginia.

In the center of the monument is a bronze bust of Tyler sculpted by Raymond Averill Porter (1883-1949).

Porter was a teacher and sculptor well known for his sculptures, monument, and medallions.

This entry was posted in Presidential graves, Symbolism. Bookmark the permalink.