Posted on September 15, 2019 by gravelyspeaking 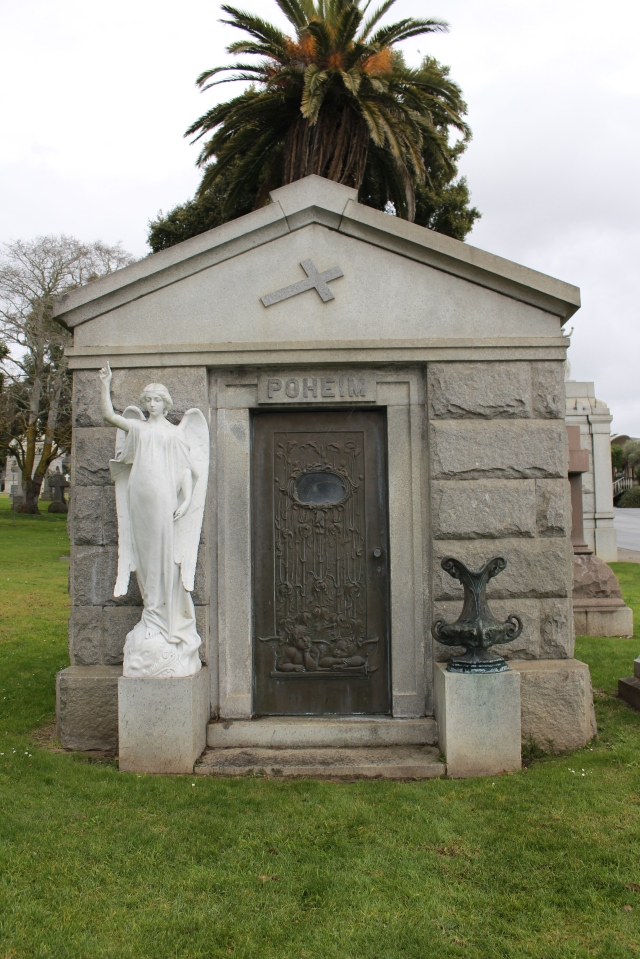 The Sistine Madonna is a magnificent painting by the Renaissance artist, Raffaello Sanzio “Raphael.”   Pope Julius II commissioned the painting for the San Sisto Church, at the Benedictine abbey, in Piacenza, Italy.  Raphael painted the work between 1513 and 1514 for the church’s altarpiece. 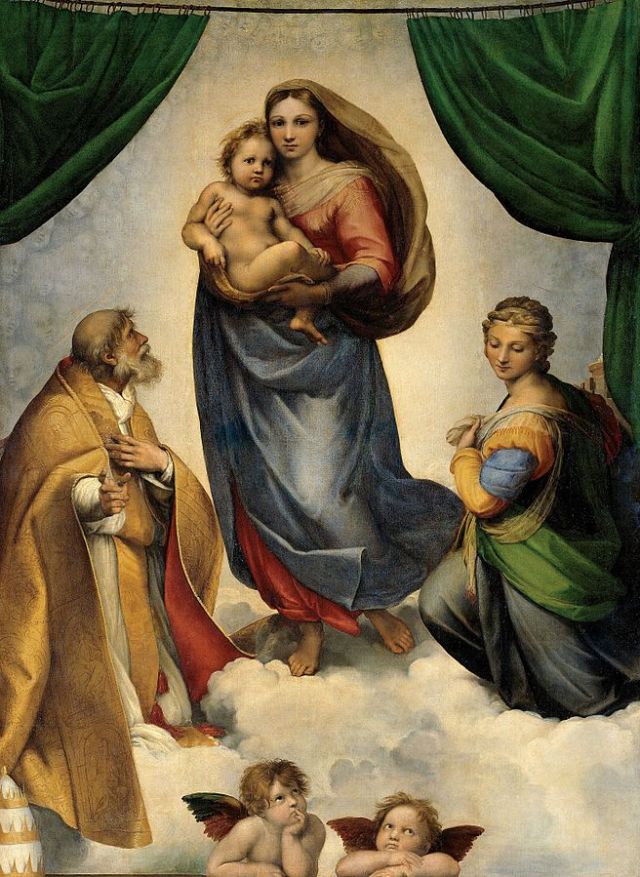 The scene opens with the deep emerald curtains drawn back to reveal the Madonna standing on swirling clouds is seen in the center of the painting holding the Christ child.  She is flanked by Pope St. Sixtus I (papacy from c. 115 to c. 124) and St. Barbara, martyr from the third century who was beheaded by her father for professing her Christian faith.  Just over St. Barbara’s shoulder is the indication of a tower—one of the symbols that she is associated with.  St. Sixtus, whose pontiff’s miter indicates his official authority, points the viewer’s eye out of the painting toward a crucifix that was hung near the painting on a choir screen.  A closer look at the expressions of the Madonna and the Christ reveals looks of concern and fear, as they both can see the fate that lies ahead for the Christ child.  St. Barbara looks serenely downward toward the chubby male cherubs or “putti” who stare back.

The painting is considered one of the greatest paintings of the Italian Renaissance and the last painting completed entirely by Raphael himself is now in the Gemaldegalerie Alte Meister in Dresden, Germany.  The monks at the abbey sold the painting in 1754 for twelve thousand zucchini to the King of Poland, Augustus III, who lived in Dresden.  A copy is now on display in the abbey. 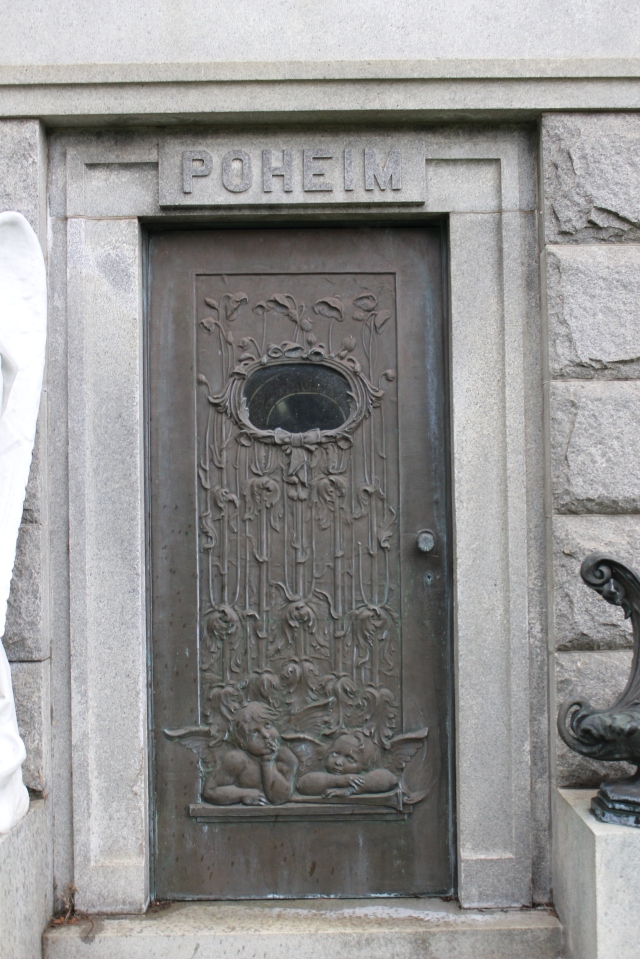 As magnificent as are the four figures in the top two-thirds of the scene, it is the putti that have gained iconic status.  Their image can be seen on all sorts of commercial products. 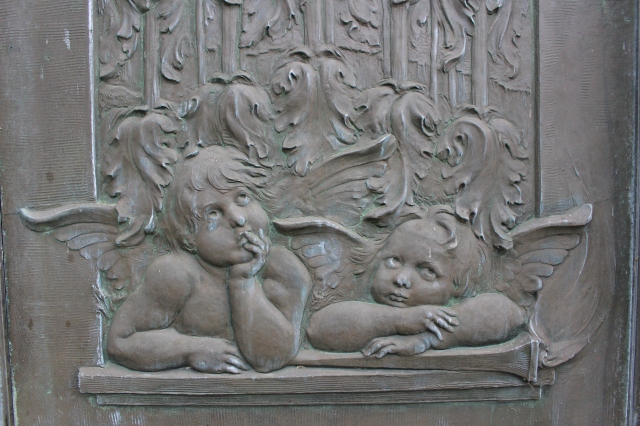 Legend states that the two angels were modeled after two children Raphael saw wistfully looking up at a baker’s shop window, no doubt pining away for sweet confections.  Now that image can be seen on postcards, greeting cards, wrapping paper, stamps, and even bronze doors—such are the door on the Poheim family mausoleum in the Holy Cross Catholic Cemetery in Colma, California.

The door features poppies–long associated with eternal sleep–and the putti at the base of the door, looking contemplative–this time not looking for confections or looking back at St. Barbara, but toward the Heavens perhaps.

The door is signed by the sculptor, unfortunately, it is unreadable to me.  But the reproduction of Raphael’s cherubs is masterful. 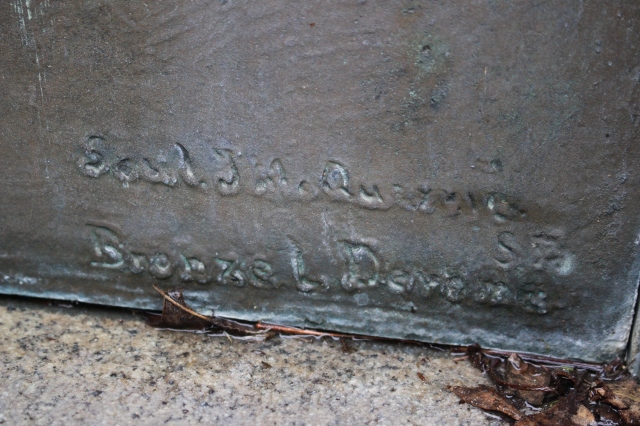