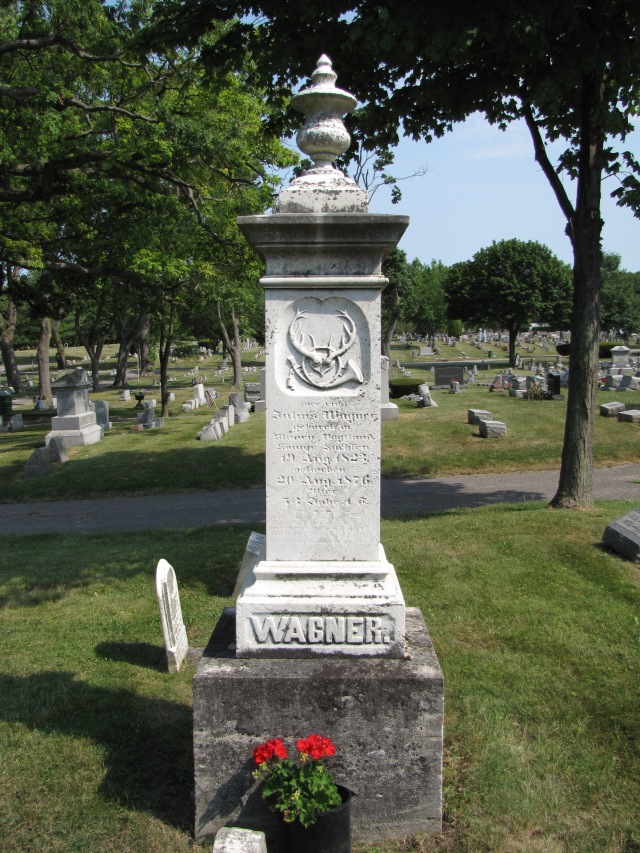 The white marble gravestone in the Oakland Cemetery in Sandusky, Ohio, of Julius Wagner (born August 19, 1823 – died August 20, 1876) features a horn hanging from stag horns.  The stag horns symbolize piety and solitude and victory over Satan.

It also seems possible, a part from the symbolism attributed to antlers, that Julius Wagner was a successful hunter. 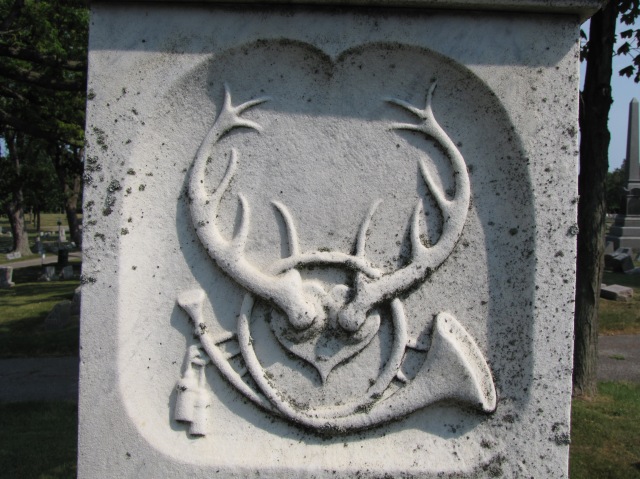 The stag when an elk is also a symbol of the Benevolent Protective Order of Elks, one of the many fraternal organizations in the United States.  The B.P.O.E. was originally a drinking club called the Jolly Corks founded in 1866 by a group of actors, who evidently liked to drink.  The club members made the fateful decision to change their organization’s name and increase their mission from frolic to public service.  Their symbol, obviously an elk, is a majestic animal as seen above in the Forest Lawn Cemetery in Omaha, Nebraska, standing guard in the Elks section of the graveyard. 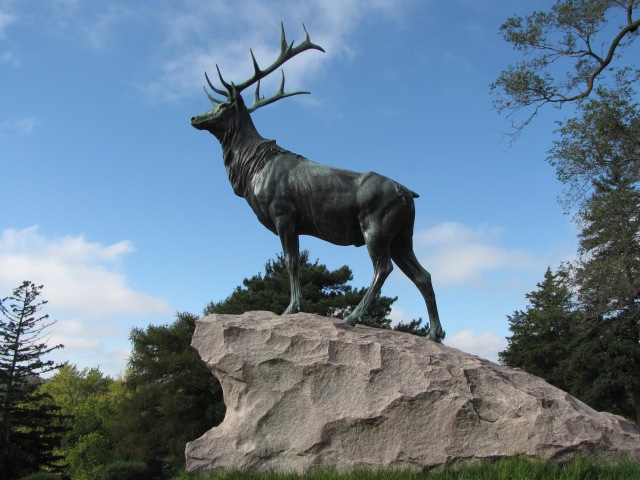