You Don’t See Those Much Any More!

William Hayes Fogg (1817 – 1884) and his brother, Hiram (1812 – 1860), share a gray granite obelisk in the Green-Wood Cemetery in Brooklyn, New York.  After trade with Japan opened up, the Fogg brothers founded a trading company to import silk, tea, and lamp oil and made their fortune. 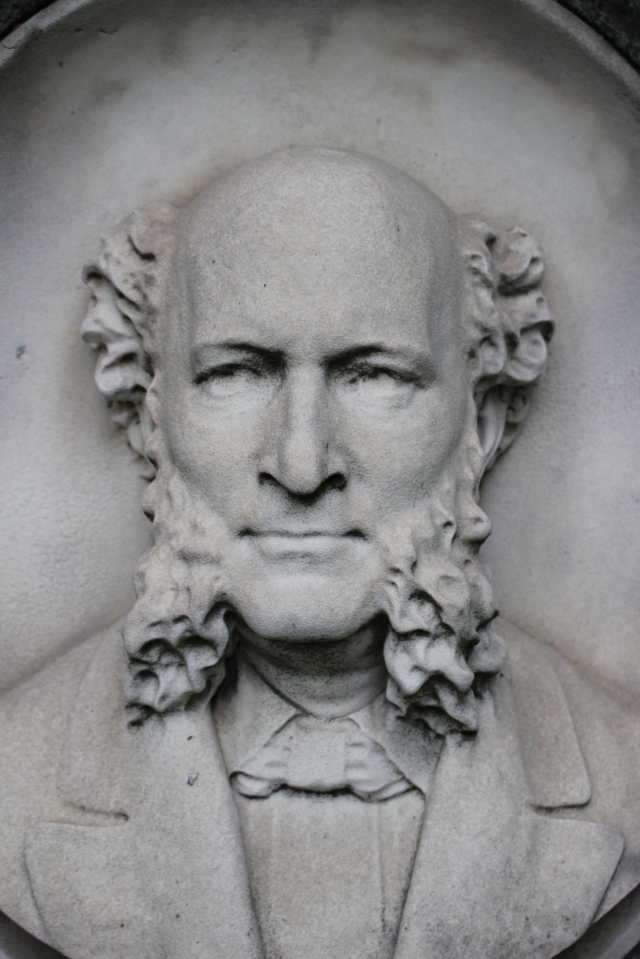 The ornamented plinth that the obelisk sits atop has two white marble insets—each a portrait.  In the medallion bas-relief portrait of William he sports full, bushy muttonchops!

Facial hair was very popular during the mid-to-late 19th Century.  In fact, we had “whiskers in the White House” from 1861 to 1913   Every president from Abraham Lincoln with his chin curtain, who was elected in 1860 to William Taft with his walrus mustache, who was elected 1908, had facial hair except for two—Andrew Johnson and William McKinley. 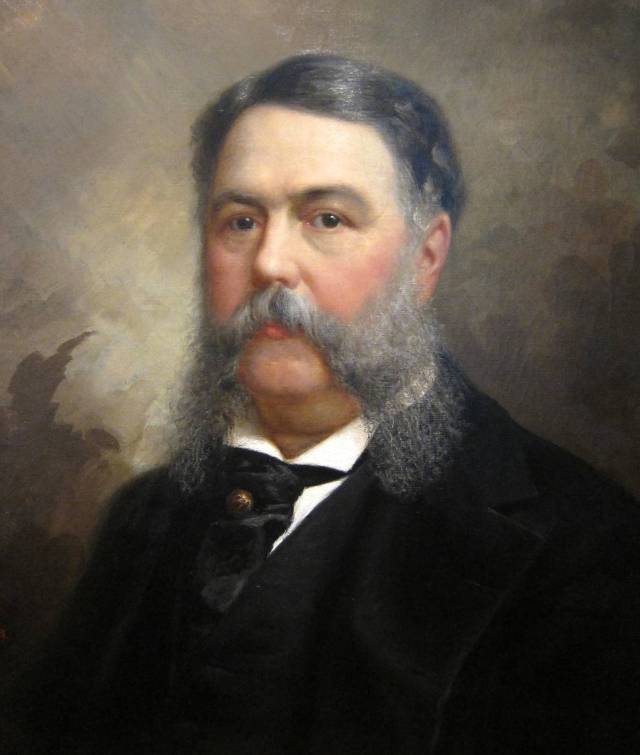 President Chester A. Arthur sporting a mustache and muttonchops!