Posted on November 8, 2017 by gravelyspeaking 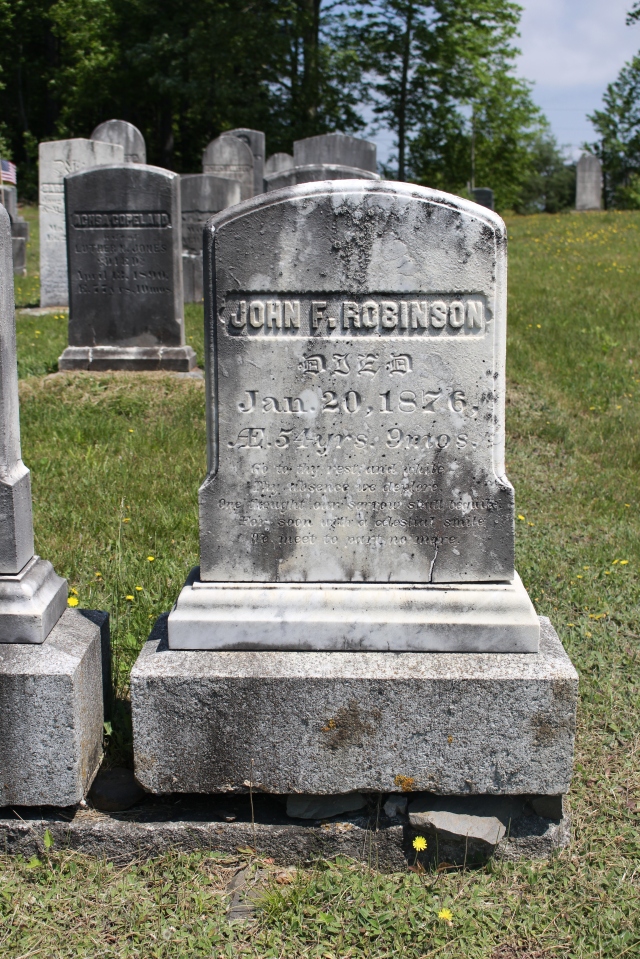 Go to thy rest and while

Thy absence we deplore,

One thought our sorrow shall beguile

For soon with a celestial smile

We meet to part no more.

The small, white marble segmented-top tombstone in the Tomb Cemetery in Holden, Maine, marks the grave for John Robinson.  This epitaph has two themes: “go to thy rest” and “we meet to part no more,” both of which are commonly found.  This eipitah, however, says that not only will they meet again to part no more, but with a “celestial smile.”

One aspect that is different with this epitaph is that it reads almost like a limerick.  The typical limerick which was popularized in 18th Century England, is five lines with rhyming pattern—a a b b a.  However, this epitaph’s rhyming pattern is—a b a a b, which is not typical.  One other convention is turned round.  Limericks usually have the first, second, and fifth lines long, with lines three and four being short and punchy.    The longest lines in this epitaph are three and four, again, breaking with convention. 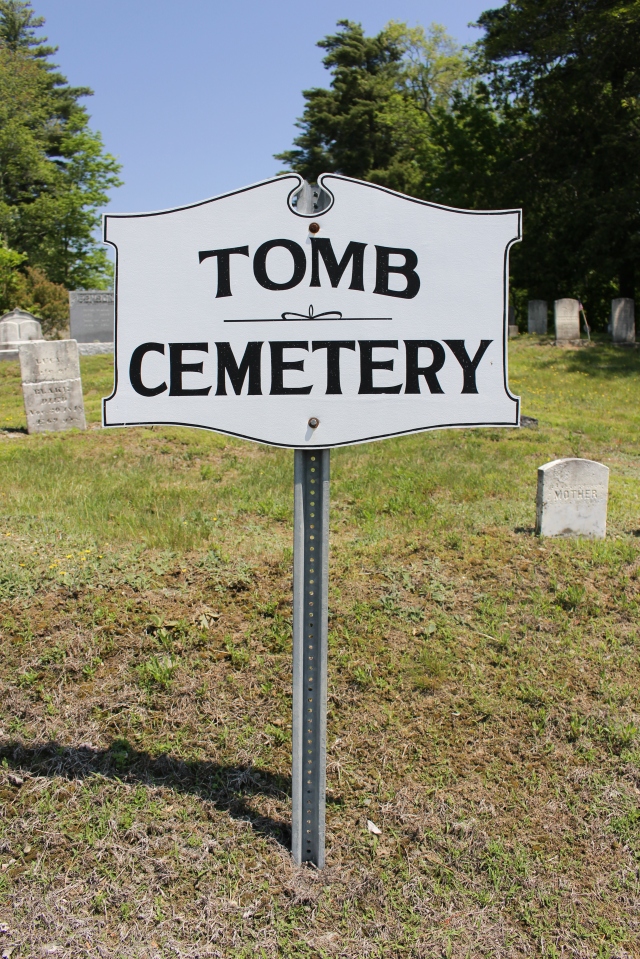 This entry was posted in Epitaphs. Bookmark the permalink.