Posted on October 31, 2017 by gravelyspeaking 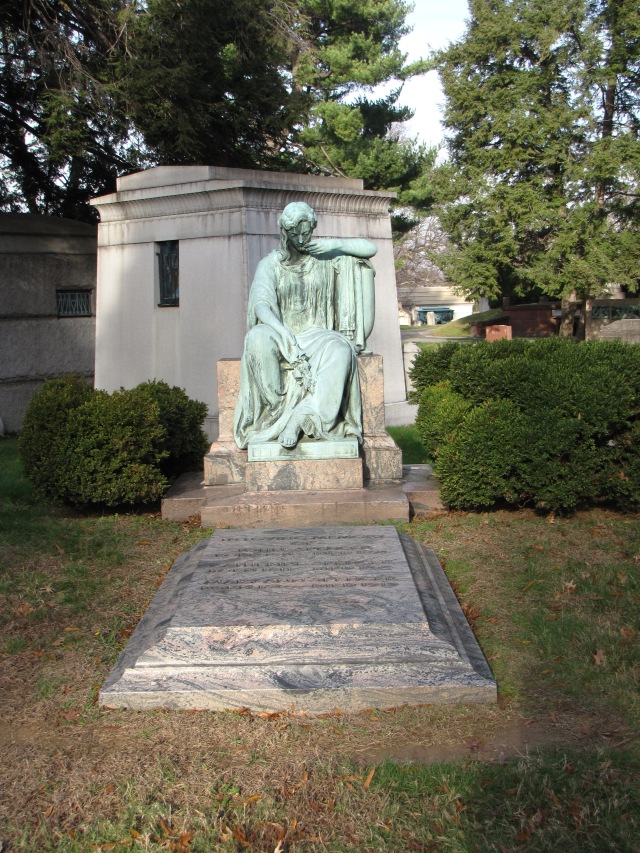 Adolph Alexander Weinman (December 11, 1870 – August 8, 1952) was a noted German-born American sculptor who worked on several commissions for monuments and buildings around Washington D.C. and in state capitols, such as Wisconsin, Missouri, and Louisiana.  Some of his most notable works can be found in the architectural sculptures found in the pediments of the Jefferson Memorial, the Library of Congress, and the interior of the United States Supreme Court Building. 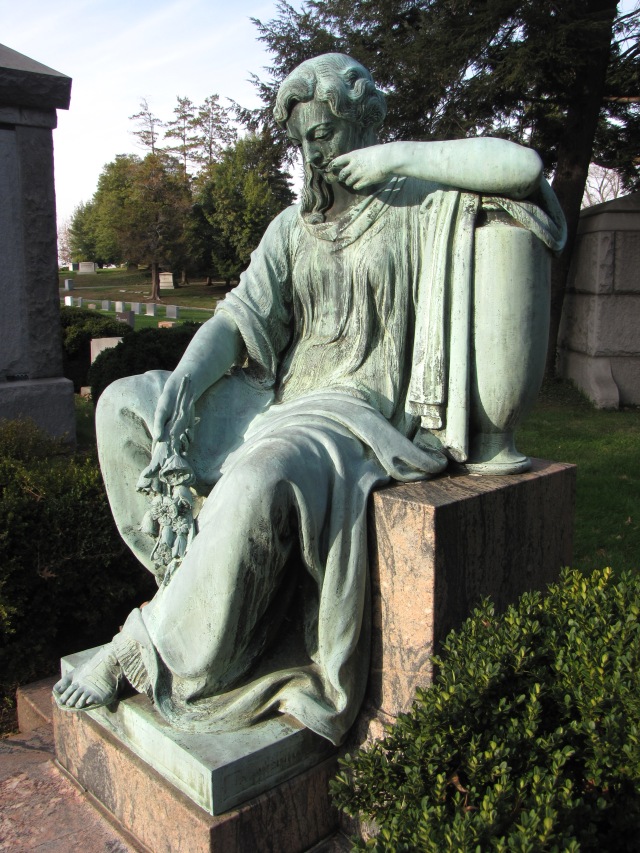 The bronze sculpture commissioned for the Spencer family monument is executed in a lyrical neoclassical style.  The mourning figure is depicted seated wearing classical drapery.  The figure is leaning against an urn with her head bent downward in a pose of grief and sorrow.  In one hand she is holding a mixed flower bouquet that lay in her lap also pointing downward.  The urn was an almost ubiquitous 19th Century symbol found in nearly every American cemetery. The urn was a Greek symbol of mourning, fitting for a neoclassical designed monument.  The urn also represents the body as the container or vessel for the soul.  The bouquet of flowers may represent the transient nature of life itself but often the condolences to the grieving.

The statue is a powerful portrayal of mourning figure.  The angularity of his statue and the fluidity of his work has been described as is “a harbinger of the Art Deco style that was to come.”