Posted on October 26, 2017 by gravelyspeaking

An example of the first category of mourning figure or “Saving Graces” can be found in the St. Paul’s Rock Creek Cemetery in Washington D.C. on the Donaldson family monument. The “weeper” is depicted with seated but with her head bent in grief, clutching a wreath, the classical gown cascading around her. 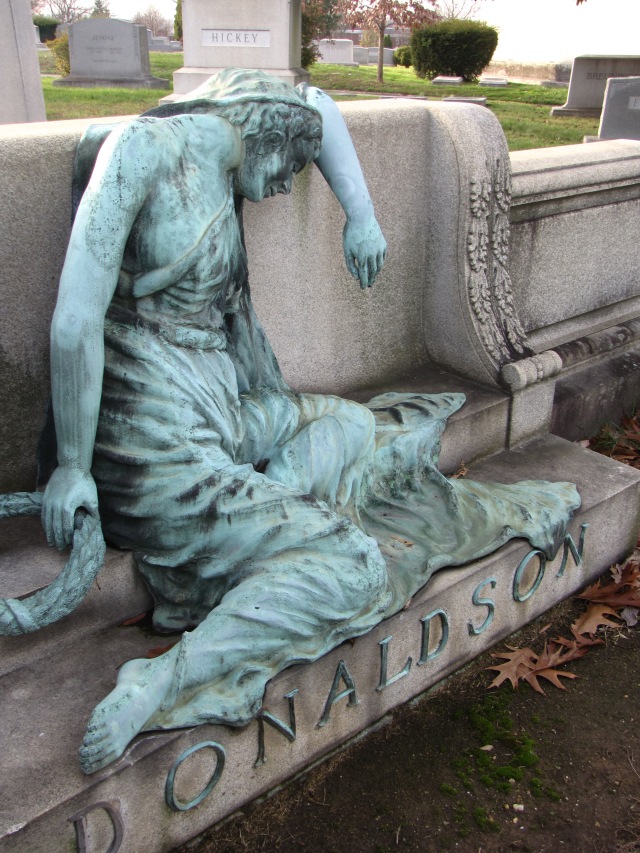 The laurel wreath dates back to Roman times when soldiers wore them as triumphal signs of glory.  The laurel was also believed to wash away the soldier’s guilt from injuring or killing any of his opponents.  In funerary art the laurel wreath is often seen as a symbol of victory over death.