The metal marker above when seen next to a gravestone denotes that the deceased was a member of the fraternal organization of Independent Order of Odd Fellows.  Odd Fellows is an fraternal organization that formed in England in the 1700s as a service organization.  The American association was founded in Baltimore, Maryland, on April 26, 1819.  According to the I.O.O.F. Website, “Thomas Wildey and four members of the Order from England instituted Washington Lodge No. 1.  This lodge received its charter from Manchester Unity of Odd Fellows in England.”

This marker has a number of different symbols contained on it, but the main symbol of the Odd Fellows is the three links of the chain.  Within the three links are three letters,  F  L  T, which signify the organizations motto: Friendship, Love, and Truth.  The top of the metal marker displays the all-seeing eye shown with rays of light emanating from it.  This symbol can be traced back to Egyptian mythology to the Eye of Horus.  The two hands clasping together represent brotherhood.

There are a number of different styles of metal markers that can be found in cemeteries.  Two of the markers have a dove atop them, which symbolizes peace.  The dove on the fifth marker below carries a sprig from a white lilly which represents purity. 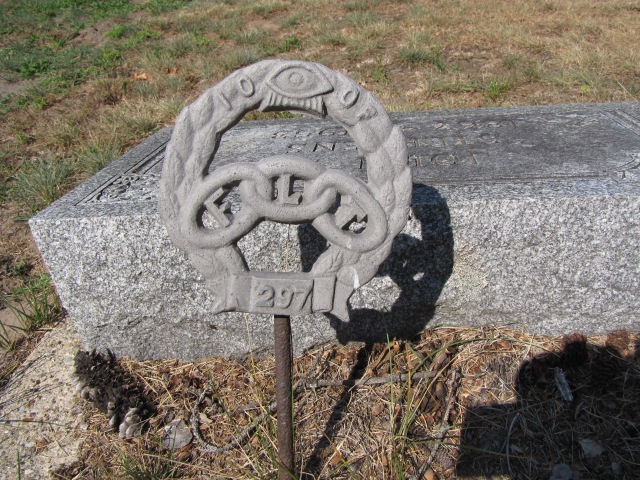 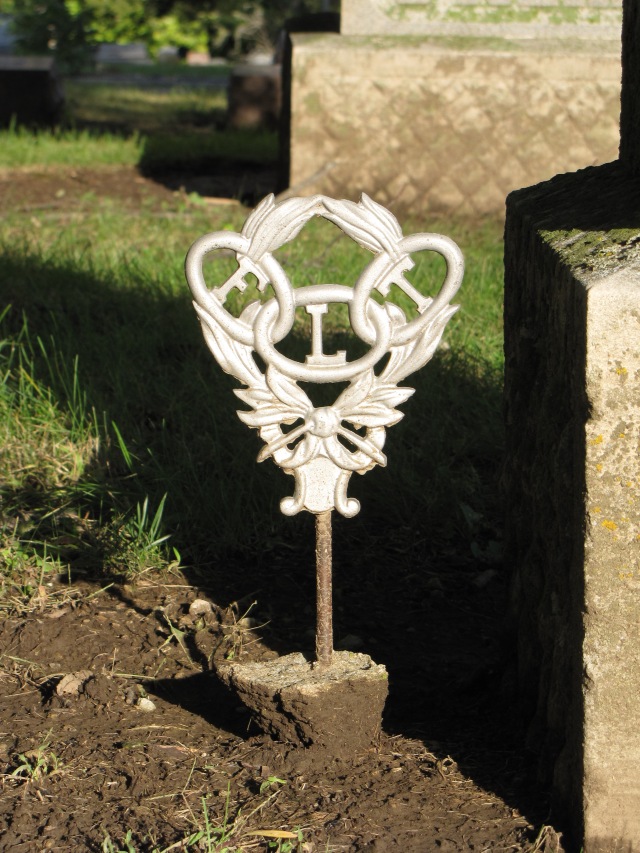 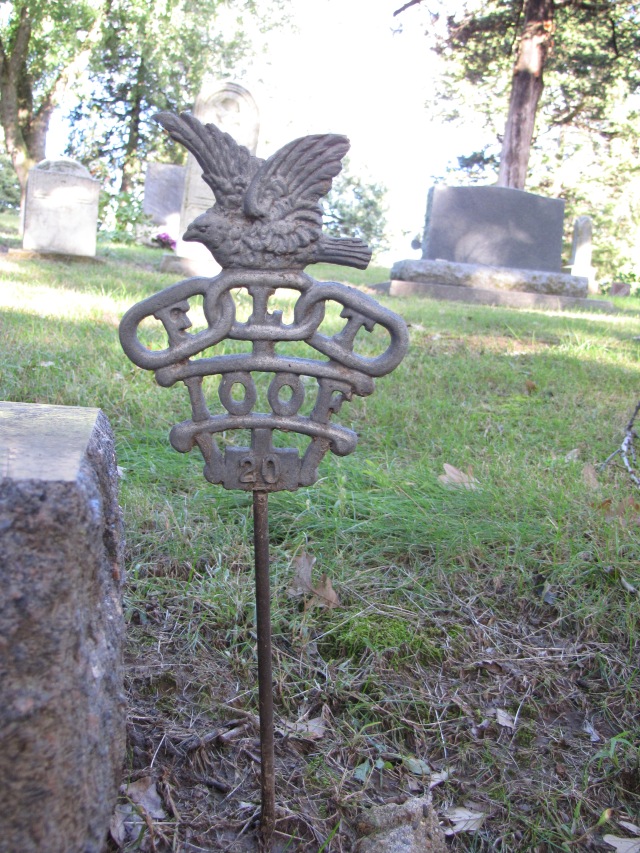