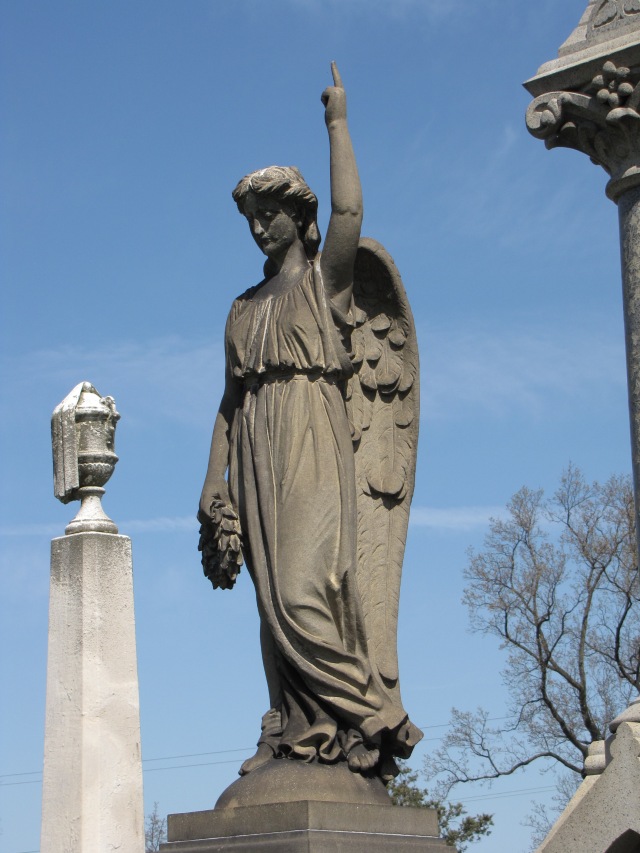 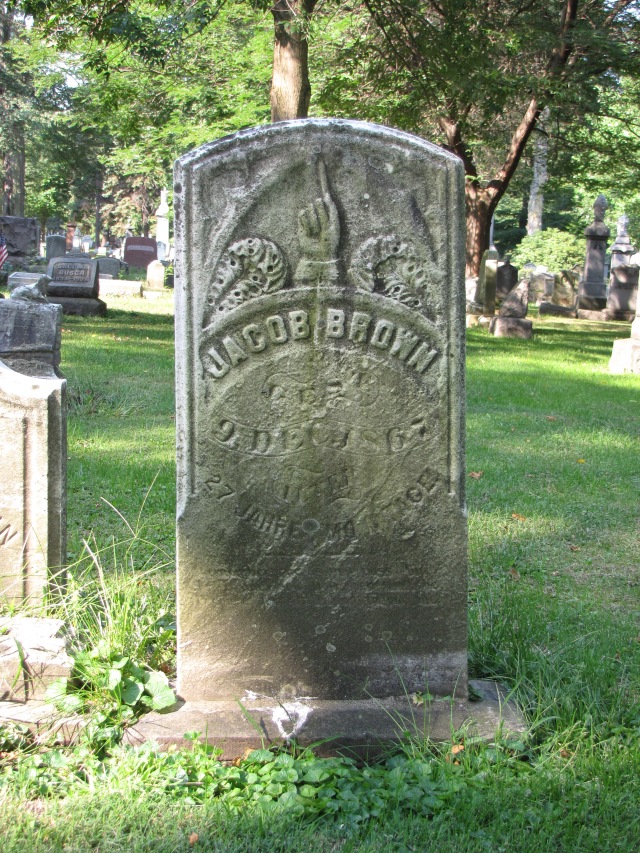 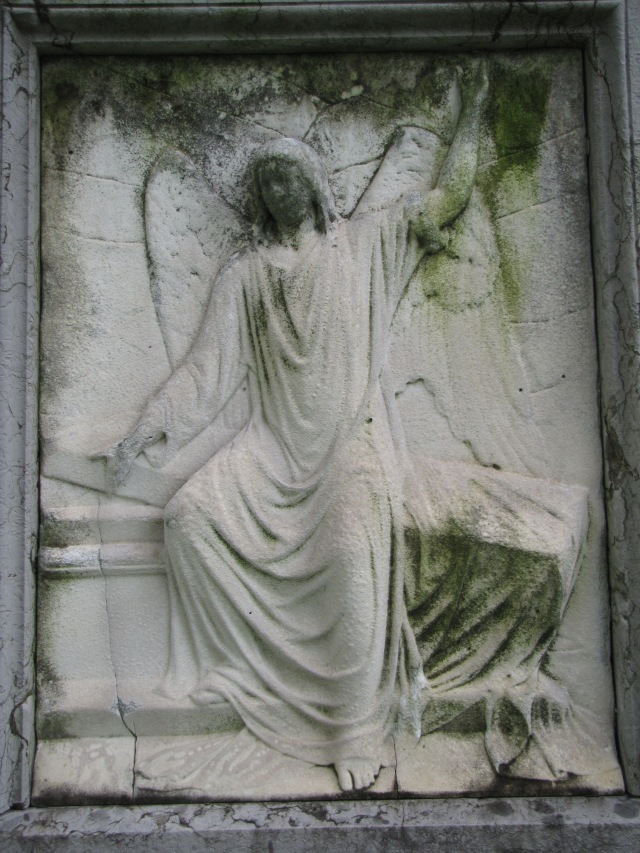 However, the angel pointing upwards originated from depictions of angels at Jesus’s sepulcher sitting beside His tomb. Roark writes, “pointing angels were often connected with guardian angels but attended to the bereaved as much as the deceased, fulfilling their role as messengers.”