Angels Who Decorate and Watch Over the Grave 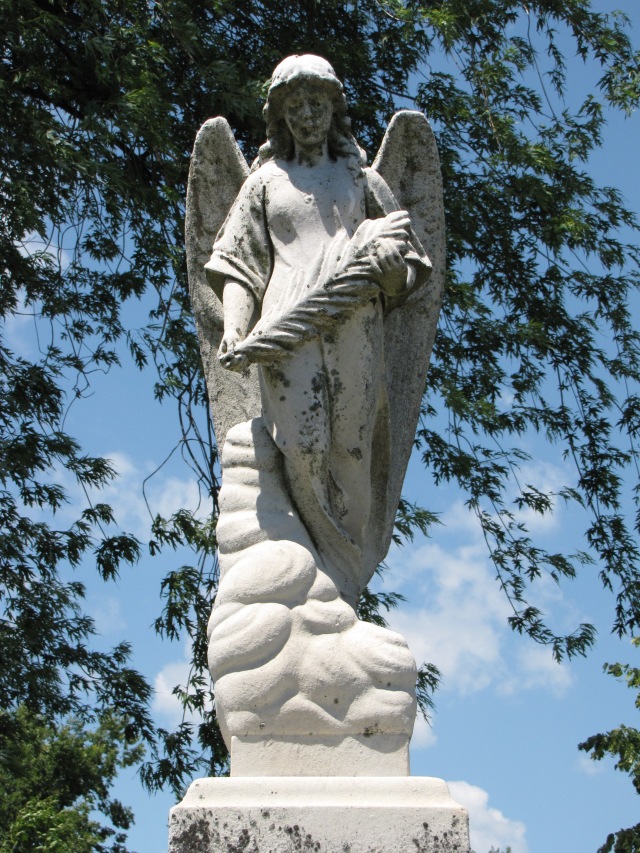 Angels are mentioned over 270 times in the Bible but of the eight categories of angels that Roark describes in her article, this is the only type with this task that is not specifically defined in the Bible. Roark notes that decorating graves with flowers originates with the ancient Greeks, this type of symbolism, however, is something newly found in graveyards of the 19th Century. After the Civil War, it became popular to decorate graves lavishly with flowers. Roark writes, “Like their live counterparts, the angels’ sculpted flowers suggest the parallels drawn at this time between the cyclical nature of plant life and human birth, death, and resurrection.”