Posted on August 16, 2016 by gravelyspeaking

On the gentle slope of a hill in the Westview Cemetery at Atlanta, Georgia, is the monument built for 50-year old Stephen Andrew Ryan, a native of Atlanta. Ryan was a merchant and a banker when his life was cut short after a year-long lingering illness.

The monument’s rough–cut cross towers over the figure of a woman who leans on one arm—looking expressionless into the distance. With her other hand, she holds a piece of paper or perhaps a handkerchief—in stone it is difficult to decipher for sure. The mourning figure’s graceful lines and smooth surface are a stunning contrast to the rugged cross behind her and used to give attention to the sculpture almost as a frame. 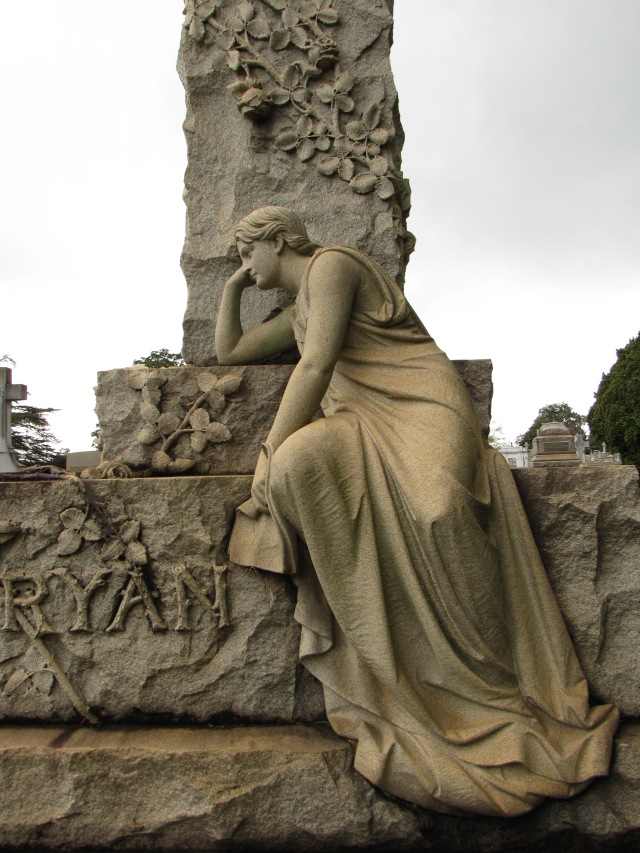 Twining up the cross are rose vines with full roses blooming. The rose symbolizes love and may represents Ryan’s love of his wife, Daisy. Romantics have waxed poetic about the rose and the connection to love for centuries which has made the rose an undeniable symbol of love.  But, the rose also has a religious meaning, differing by color.  The white rose symbolizes purity while the red rose represents martyrdom and the messianic hope that Christ will return. Given the roses are adorning a cross, the second religious symbolism might be more in-line with what the creators of the monument were trying to convey. 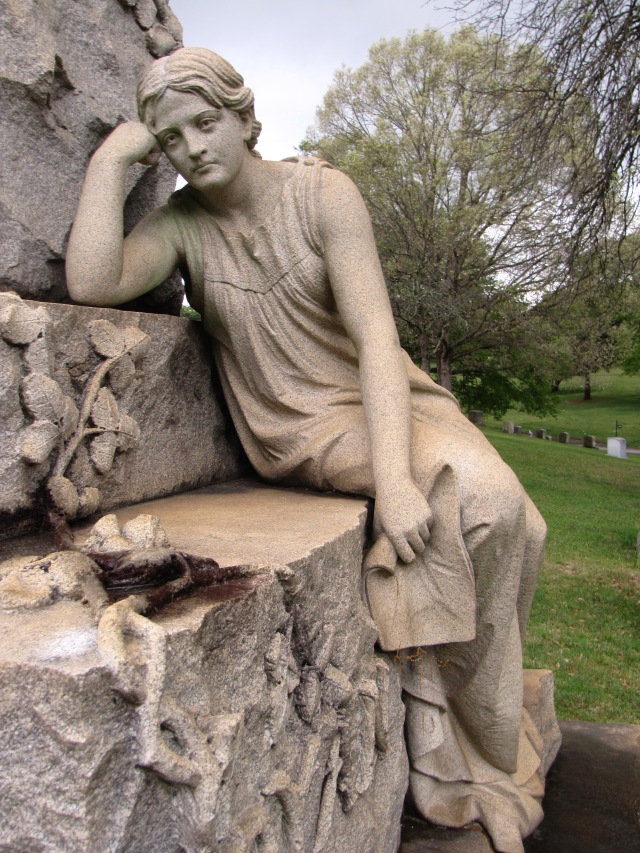 In the top of the cross are the initials “IHS” which have been used for centuries by Christians as a monogram, often referred to as a Christogram, for Jesus. The three letters are a Latinized version of the Greek letters ΙΗΣ (iota-eta-sigma), the first three letters of the name “Jesus” in Greek.

Ryan left a wife, Daisy, and an 11-year old daughter, Edith, behind. Neither is buried near him.