Posted on August 21, 2016 by gravelyspeaking 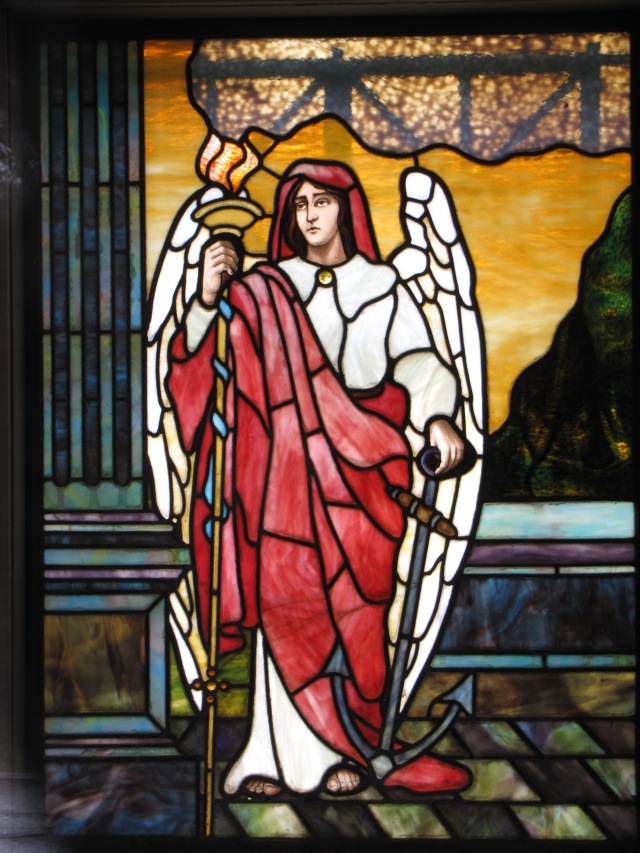 In this stained glass window in a mausoleum in the Westview Cemetery at Atlanta, Georgia, and angel holds two Christian symbols.

The torch in her right hand represents life.  The torch is also seen as an instrument that illuminates the darkness representing enlightenment.  It can symbolize zeal, liberty, and immortality.