Posted on January 15, 2016 by gravelyspeaking 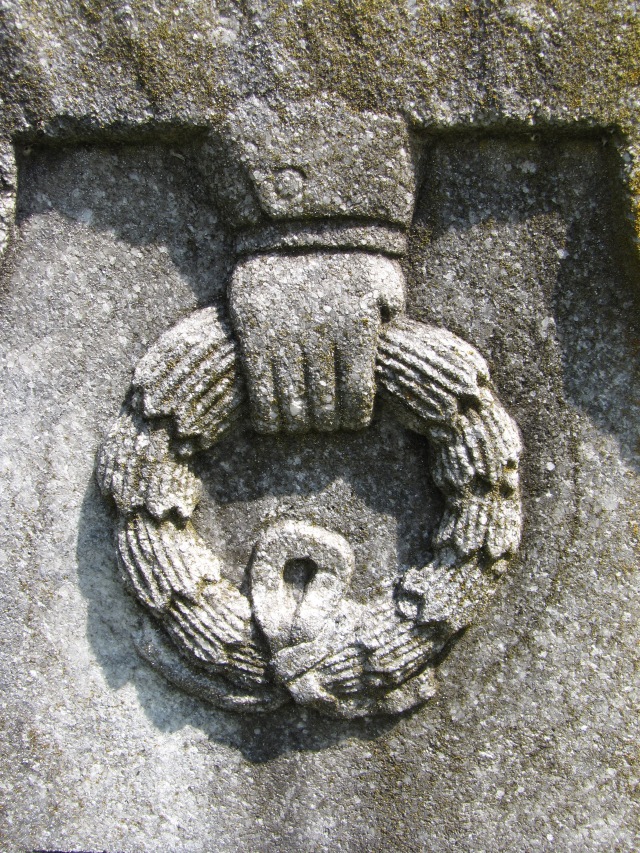 Various gravestones in the Elmwood Cemetery at Charlotte, North Carolina, display a wreath. The wreath on the William E. Beaver (May 7, 1871 – January 29, 1949) and Nancy J. Joyner Beaver (February 19, 1871 – June 25, 1939) family marker shows a hand coming down holding a wreath made of laurel. The laurel wreath dates back to Roman times when soldiers wore them as triumphal signs of glory.  The laurel was also believed to wash away the soldier’s guilt from injuring or killing any of his opponents.  In funerary art the laurel wreath is often seen as a symbol of victory over death. 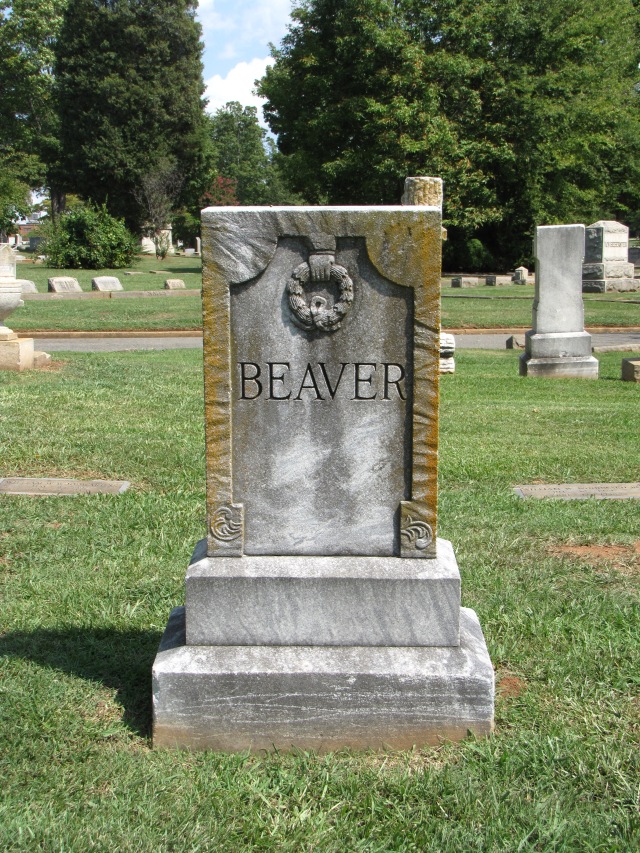 The second example of the wreath is found on the gravestone of Mary Norcott Bryan, the wife of Henry Adolphus London (January 20, 1867 – April 12, 1932). The monument is of a mourning figure with her head in her hand and a wreath in the other. 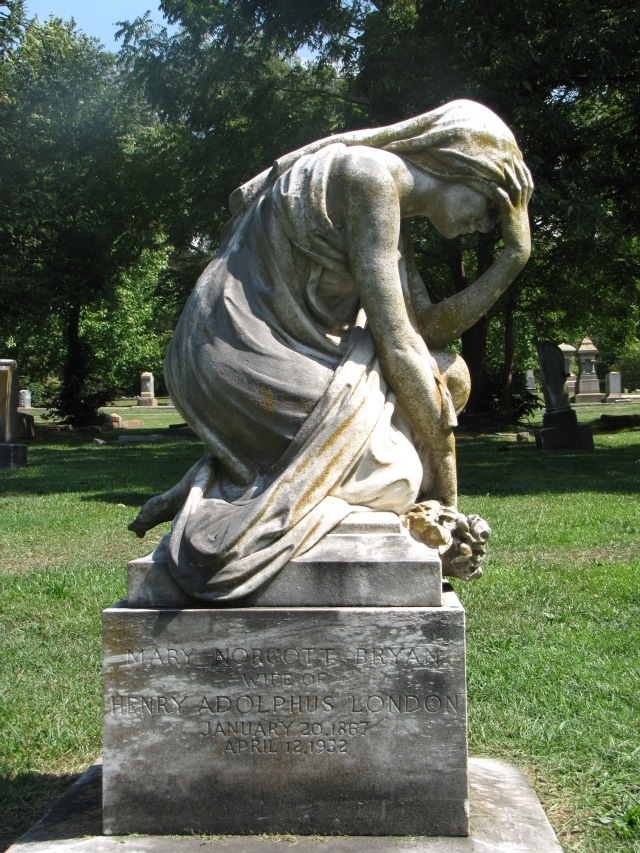 The description of this very same sculpture in the Oakland Cemetery at Atlanta, Georgia, is that the mourning figure represents Niobe, the Greek mythological Queen of Thebes. Niobe had fourteen children (the Niobids) and taunted Leto, who only had two children, Apollo and Artemis. In his rage he sent his two children to avenge the slight done to him by Niobe striking out at what was most dear to her. Niobe, became the symbol of mourning when Apollo slaughtered her seven sons and Artemis killed her seven daughters. As one version of the story goes, upon seeing his dead fourteen children, Amphion, the King of Thebes, committed suicide. Niobe was so stricken with grief that she fled to Mount Siplyus, Manisa, Turkey, where she turned to stone. Her grief was so powerful that tears flowed ceaselessly from her forming the River Acheloos. 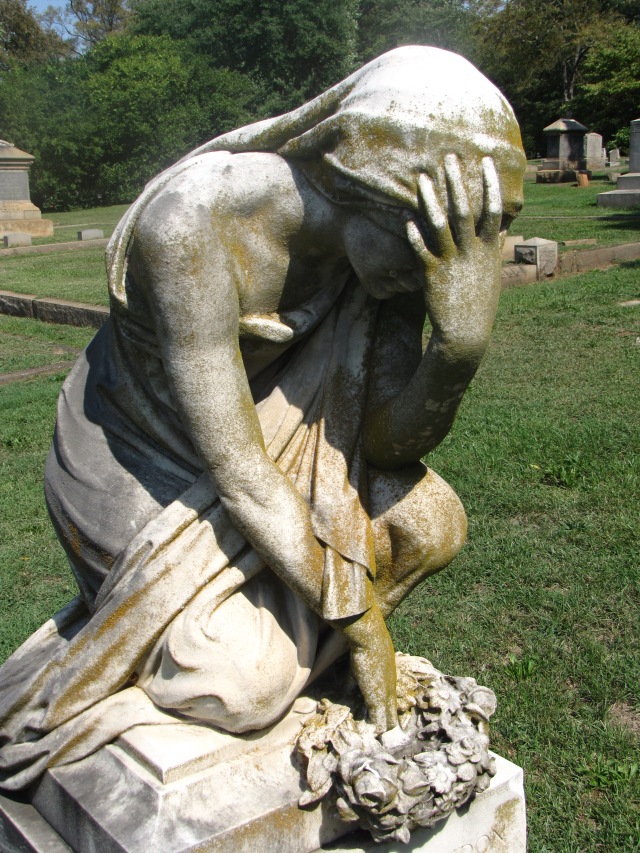 A third example of the wreath is found on the gravestone of Jennie E. Johnston (September 1, 1838 – April 16, 1896). The young female figure atop Johnston’s gravestone, depicts a young woman with her head looking down in reflection and sorrow, while holding a flower in one hand (the stem is still there but the bloom is missing) and clutching a floral wreath with the other.

This is a common Victorian funerary motif. The Victorian Era lasted from about 1832 until Queen Victoria’s death in 1903.  The era was an eclectic period in the decorative arts with several styles—Gothic, Tudor, Neoclassical—vying for dominance.  The period was marked by ornamentation.  This was true in architecture, furniture, and funerary arts.  In cemeteries gravestones became taller, ornamented, and sentimental. This mourning figure here is expressing the transitory nature of life.