Posted on January 12, 2016 by gravelyspeaking

AS A LASTING TRIBUTE

TO THEIR DEAR COMRADES

Firefighting Companies were vital to all communities which could be swept away by fire.  Entire communities could be lost to flame, so volunteer and professional firefighters were vital to save lives and citizens’ homes and businesses.  Firefighters had to be ready at a moment’s notice to fly into action and risk life and limb to battle an inferno. 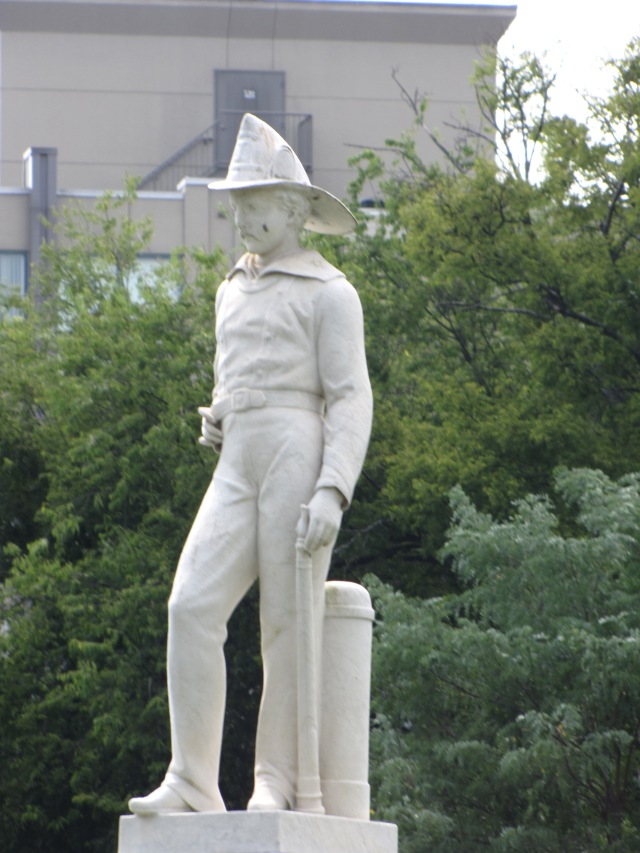 Fire companies formed in communities all across the country. And, in many cemeteries in those villages, towns, and cities monuments have been dedicated to their fallen and valiant firefighters. The monument in Charlotte, North Carolina, is dedicated to four fire companies—Charlotte, Pioneer, Hornet, and the Independent. The monument was erected in the Elmwood Cemetery on October 10, 1883. The fireman strikes a heroic pose and looks like he is ready to swagger, holds the nozzle of a hose in one hand, behind him a large fire extinguisher.  The white marble statue wears the traditional uniform and wide brimmed hat of a nineteenth-century firefighter standing atop a multi-tiered plinth. 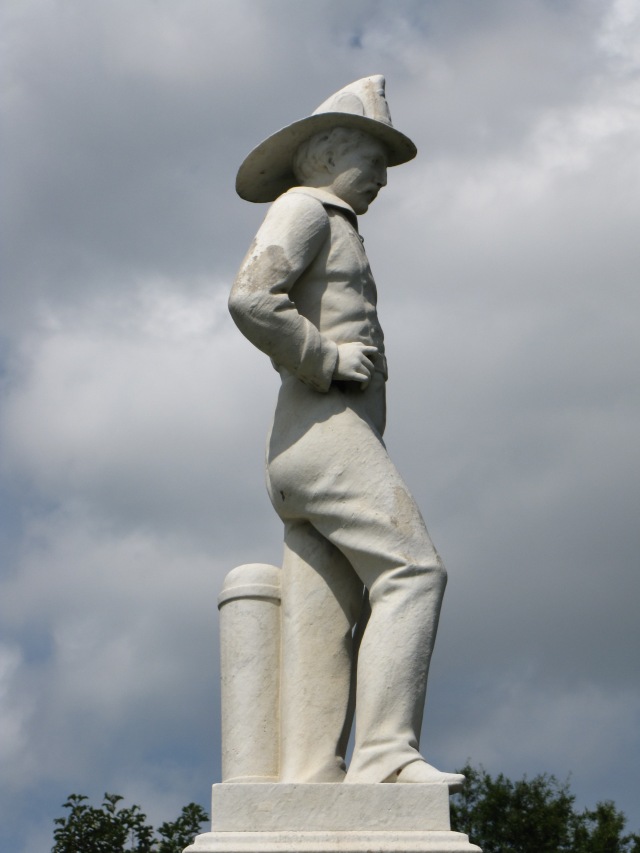