Posted on January 21, 2012 by gravelyspeaking 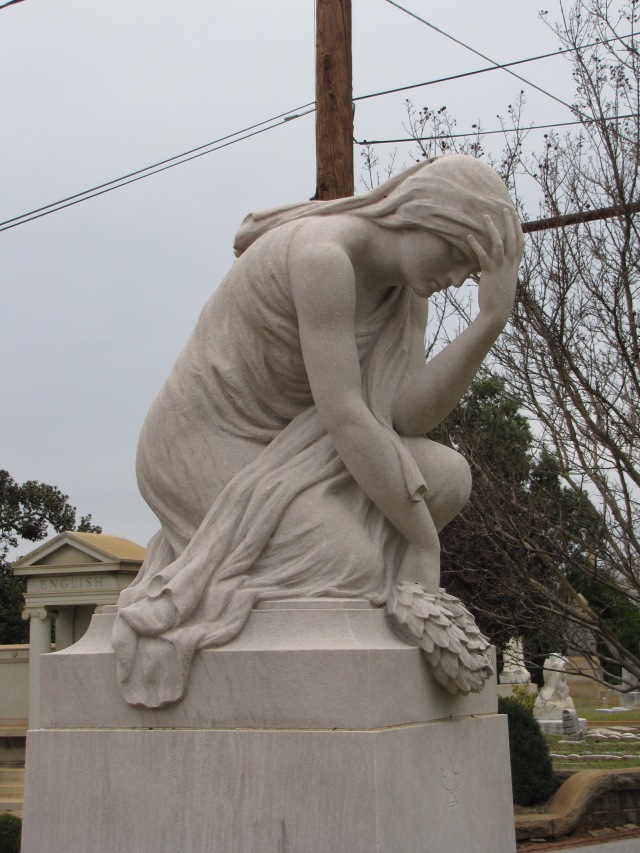 The monument of James Richard Gray (September 30, 1859-June 25, 1917, THE HEART OF OAK THE STRONG ARMS THE BUSY HANDS ARE DUST) and May Inman Gray (March 6, 1862-January 6, 1940, “MY TASK ACCOMPLISHED AND THE LONG DAY DONE) is adorned with a magnificent white-marble sculpture of the Niobe, the Greek mythological Queen of Thebes. Niobe had fourteen children (the Niobids) and taunted Leto, who only had two children, Apollo and Artemis. In his rage he sent his two children to avenge the slight done to him by Niobe striking out at what was most dear to her.

Niobe, became the symbol of mourning when Apollo slaughtered her seven sons and Artemis killed her seven daughters. As one version of the story goes, upon seeing his dead fourteen children, Amphion, the King of Thebes, commited suicide. Niobe was so stricken with grief that she fled to Mount Siplyus, Manisa, Turkey ,where she turned to stone. Her grief was so powerful that tears flowed ceaselessly from her forming the River Acheloos.