St. Michael is featured in many cemetery sculptures. Only the Archangel Michael, one of three angels mentioned by name in the Bible, is clothed in armor.  The sword he carries represents a cross but also a weapon in his war against the devil’s warriors.

Archangel Michael is a Christian soldier fighting Satan’s hordes.   Archangel Michael is often represented standing on a worm or a dragon.  In dramatic examples such as this one, St. Michael has plunged his sword into Satan’s mouth as he stands on the vanquished enemy.  Satan is depicted as a dragon. 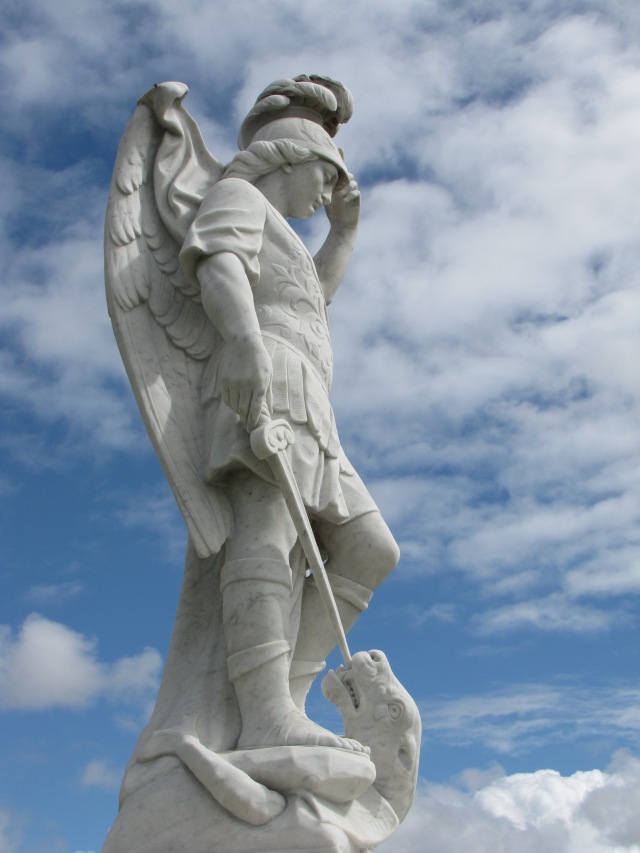 1 Response to Slaying the Dragon