The Woman Who Lives on a Ladder 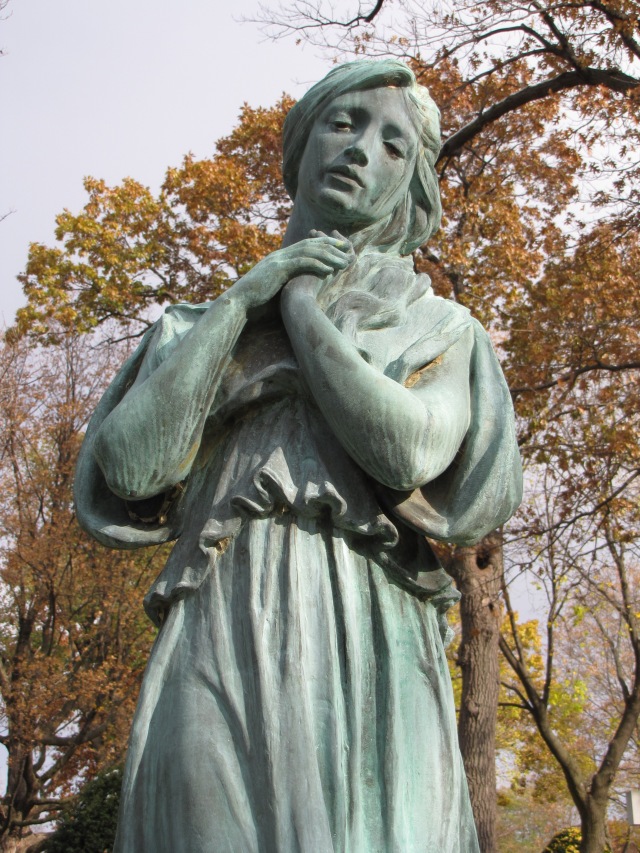 Nellie Verne Walker (December 8, 1874 Red Oak, Iowa – July 10, 1973 Colorado Springs, Colorado) stood a whopping 4 foot 8 inches tall. The diminutive woman was not the image one thinks of when conjuring up a sculptor creating monumental works of art. But she climbed up and down ladders teetering on the steps, leaning in and over her creations to carve sculptures of all sizes earning her the moniker, “the woman who lives on a ladder”.

She first picked up a hammer and chisel in her father’s Moulton, Iowa shop carving gravestones. But by age 17 she carved her first work of art—a limestone bust of President Abraham Lincoln. In a mere 24 days, she had created the bust for the Columbian Exposition being held in Chicago in 1893. Nellie was determined to study art at the Chicago Art Institute and set out on that path in an unlikely place—a secretarial pool as a legal secretary. Within six years she was able to afford tuition where she studied with the famed Lorado Taft with whom she worked until his death in 1936. In fact, when he died, his Herald Square Monument in Chicago which includes statues of George Washington, Robert Morris and Haym Solomon was not completed and Nellie was one of three artist engaged to finish it.

Nellie created famous works, such as, the statue of Senator James Harlan which stands in Statuary Hall in the United States Capitol Building; Chief Keokuk in Rand Park in Keokuk, Iowa; and the Polish War Memorial in Chicago. She also returned, in a way, to her earliest work in her father’s workshop—creating cemetery monuments. But this time, she didn’t carve gravestones but instead created sculptures. Below are three examples of her cemetery commissions. 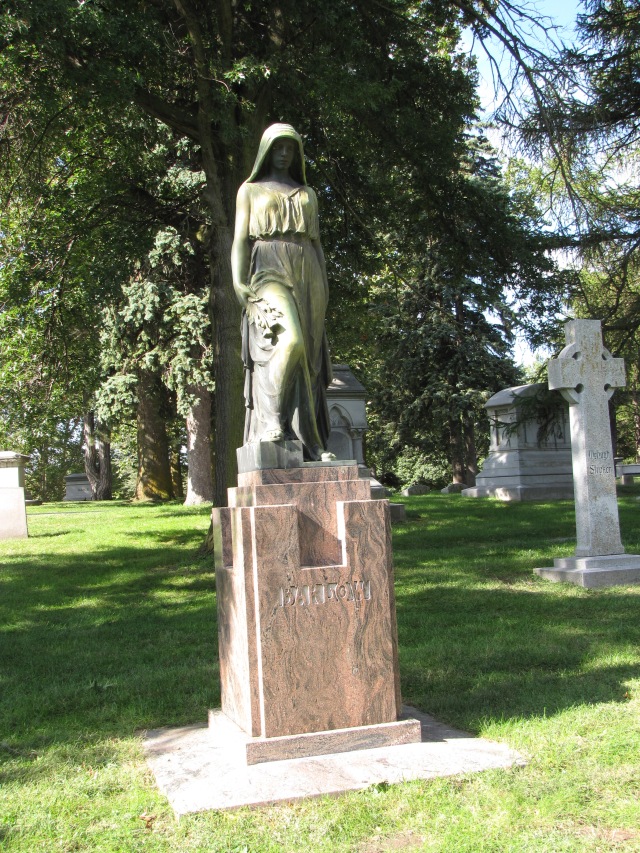 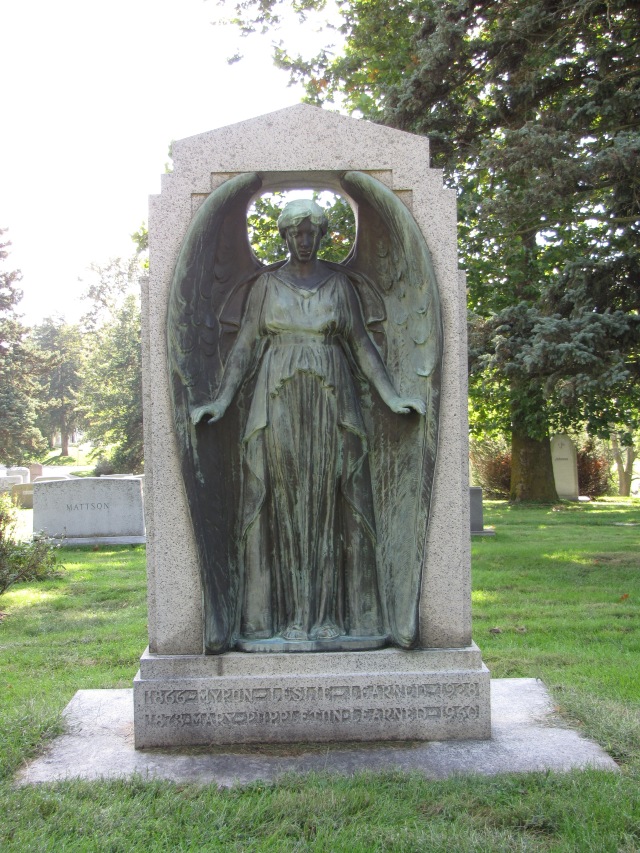 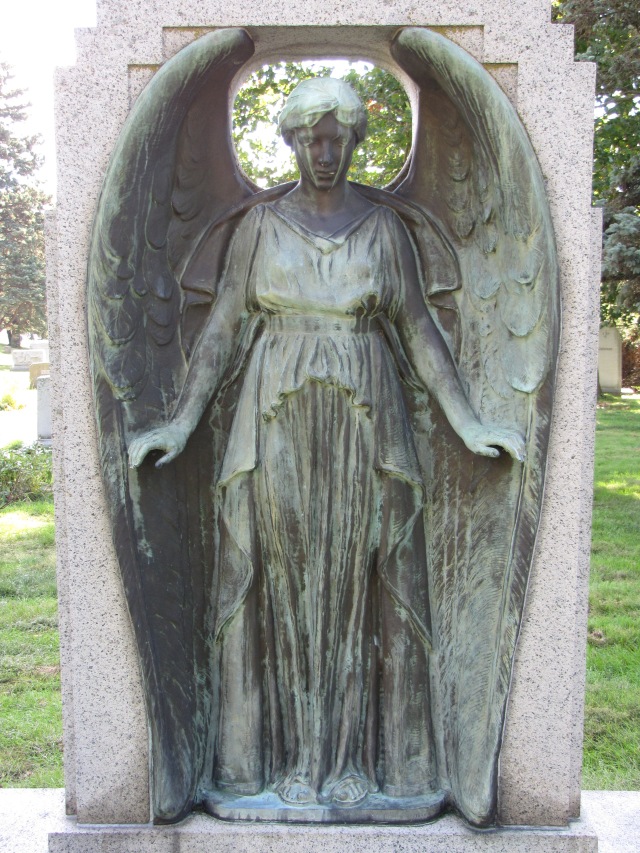 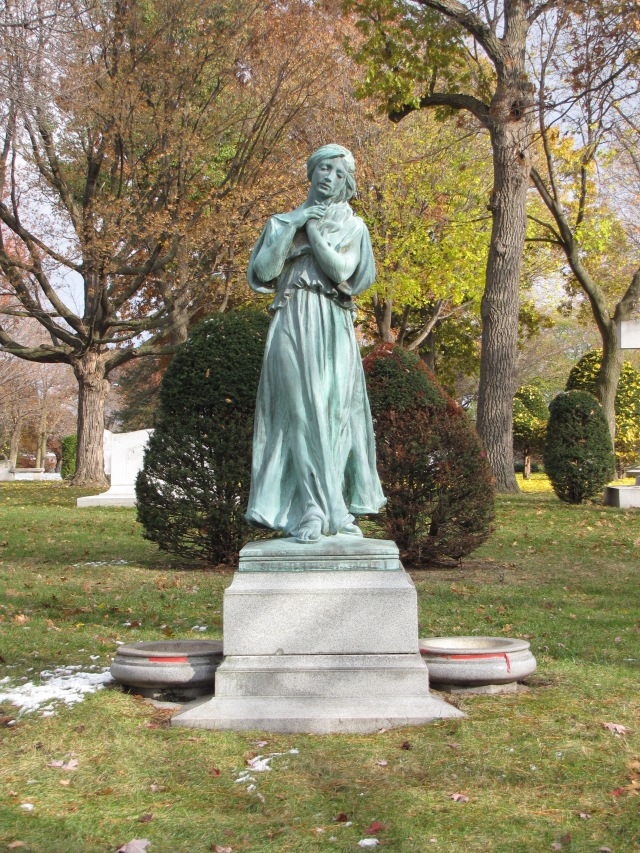 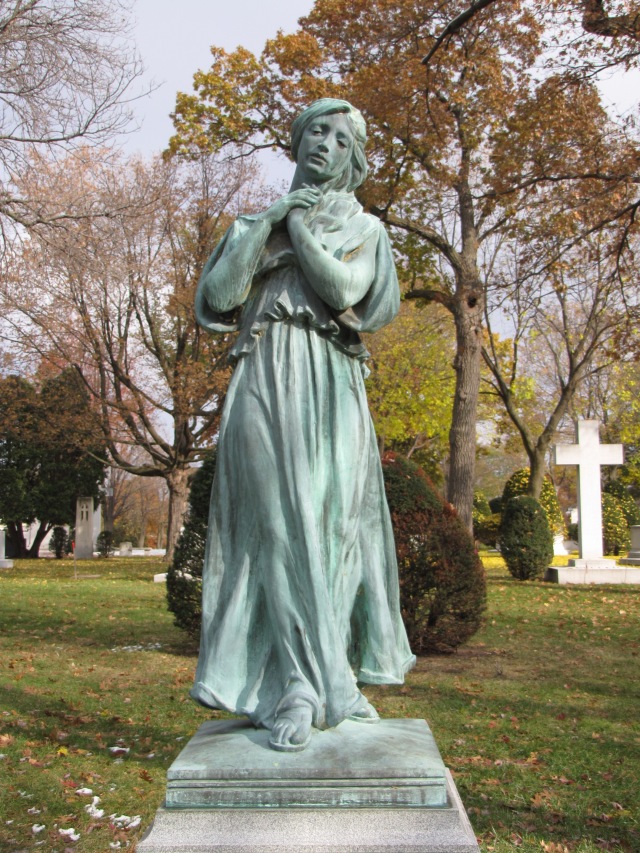 8 Responses to The Woman Who Lives on a Ladder