Posted on March 8, 2014 by gravelyspeaking

The beehive is often found on the graves of members of the Independent Order of Odd Fellows or the Freemasons. To the Masons, the beehive represented a feat that not a single bee could accomplish, but the industry of many bees.  Masons were to work hard when working so they could live with a free conscience on their holidays or non-working days.

The Mormons also adopted the tiny bee and the beehive as a symbol of community.  Again, they could build a tabernacle or an entire community by employing the talents and skills of many that could not be accomplished by a few.  The Great Seal of the State of Utah has at its center, a beehive with the word “INDUSTRY” written above the image of the beehive.

The beehive, like the great pyramids, represent a hierarchy in society, suggesting an organized community.  The beehive has long been a symbol for human industry. The cliché, busy as a bee, reinforces the idea of the bees being industrious.  It also represents faith, education and domestic virtues. 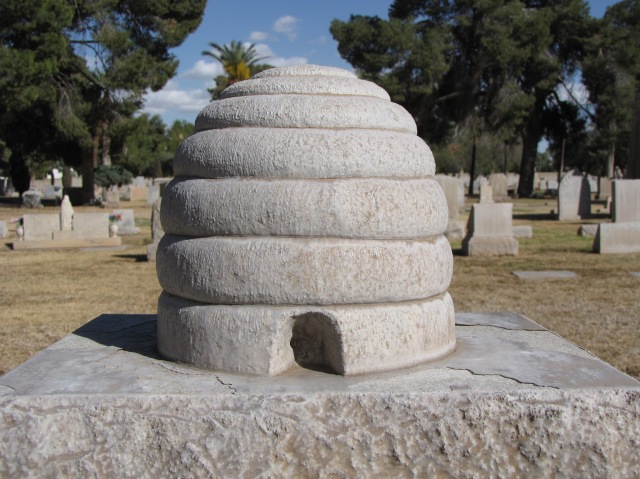