Posted on February 1, 2014 by gravelyspeaking 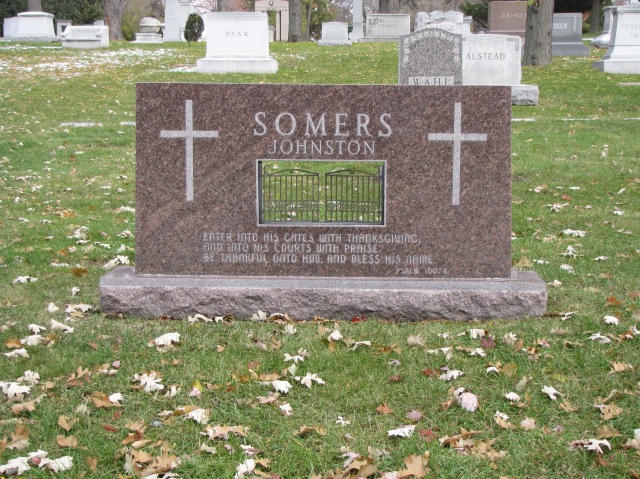 The red granite block marker above has an opening cut into it.  The opening has two bronze gates slightly open and set into it.  Open gates are a common symbol found in American cemeteries.

Most often the open gates symbol is found carved into a gravestone–not in 3D.

The open gates, which are central to the Last Judgment, are opened to a banner above that reads “AT REST”.  The gates here represent a passageway from one realm to the next.  The gates are the portal for saved souls to make their passage from the Earthly realm to the Heavenly realm upon Christ’s return. 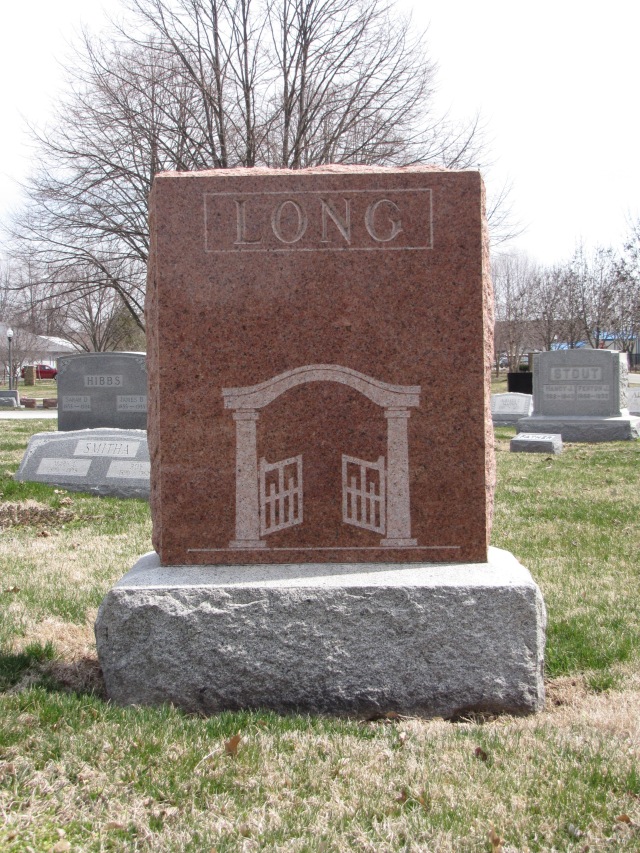