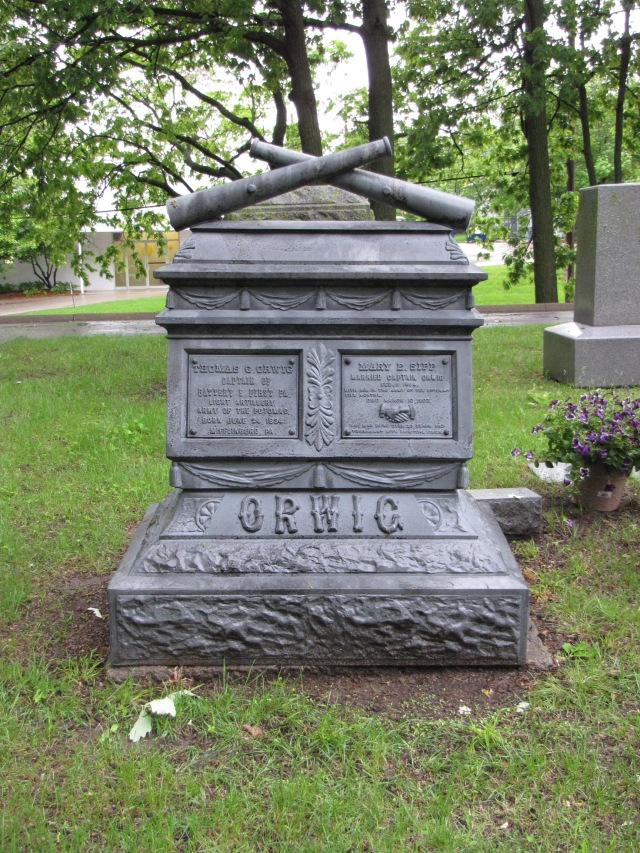 THY GLORIOUS WARFARE’S PAST

THE BATTLES FOUGHT THE

AND THOU ART CROWNED

ARMY OF THE POTOMAC,

WITH HIM IN THE ARMY OF THE POTOMAC

SHE WAS BLIND OVER 20 YEARS AND TRIUMPHANT WITH SPIRITUAL VISION.

The monument companies that produced zinc markers had a wide array of styles to select from, including this marker that includes two crossed cannon barrels crowning the top.  The marker is not only a testament to Captain Orwig’s military service to his country in the Pennsylvania artillery unit during the Civil War, but also a testament to the love that Thomas and Mary had for one another.  After they were first married while Thomas in the army, Mary followed him to the battlefield for five months of the war.  Not much of a honeymoon.

The marker not only has the crossed cannons as symbolism but also clasped hands below the inscription for Mary.  The hands in this case represent holy matrimony.  In addition, the Great Seal of Iowa is bolted on the back of the marker, along with the state motto, “Our liberties we prize and our rights we will maintain.”  Even though, Thomas was born and fought for Pennsylvania, he and Mary must have loved their adopted state of Iowa.

Note: I first saw the gravestone above on the Website: www.graveaddiction.com.  Beth Santore, the Webmaster, has photographed hundreds of cemeteries in Ohio, as well as, making photo forays into neighboring states.  I highly recommend her Website, especially for those tramping around Ohio graveyards! 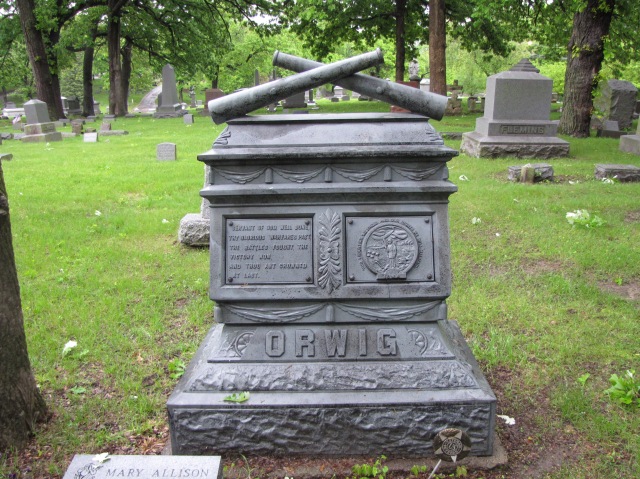