Visions of the Angel of Death 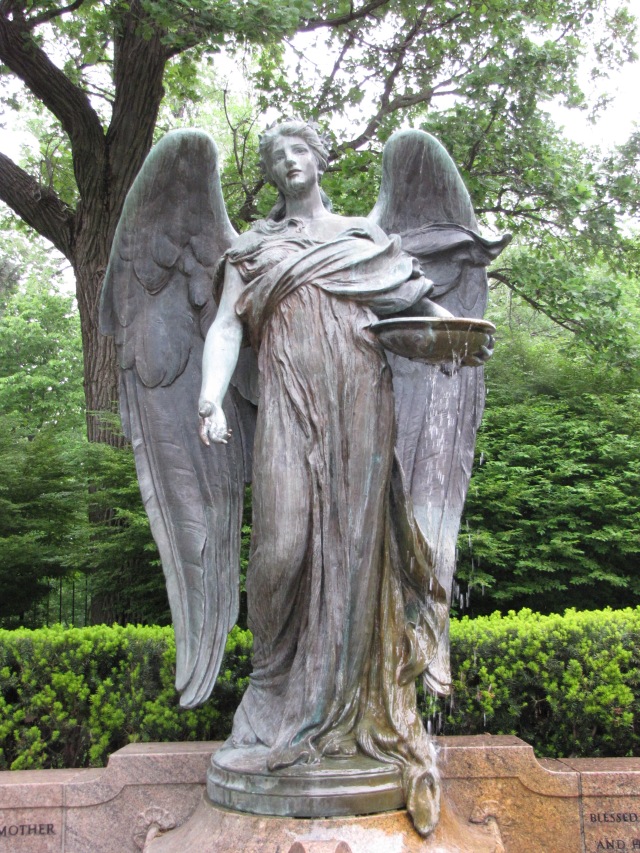 TO THE BLESSED MEMORY OF OUR BELOVED MOTHER

THIS MEMORIAL FOUNTAIN IS LOVINGLY DEDICATED

BY HER TWO DAUGHTERS

BLESSED ARE THE PURE IN HEART FOR THEY SHALL SEE GOD MATT. 5:8

AND HE SHOWED ME A PURE RIVER OF WATER OF LIFE

CLEAR AS CRYSTAL PROCEEDING OUT OF THE THRONE

LET HIM THAT IS ATHIRST COME AND WHOSOEVER WILL

There are many accounts in history of famous people describing their visions of death.  Abraham Lincoln, for instance, described a dream that he had about two weeks before his assignation.  He described hearing sobbing.  When he sought out the source of the crying, he was guided to a room with an open casket.  When he asked who had died he was told the president had been killed.  Many believe Lincoln had foreseen his own death.

Carl Jung, too, had visions of death.  Jung’s dream about the death of friend was so vivid that it led him to believe in telepathy.

Ruth Anne Dodge was married to General Grenville Dodge, famous Civil War general and railroad magnate.  Ruth Anne’s visions of death occurred to her on three separate occasions.  Each time Ruth Anne was transported to a place unknown to her and each time a specter appeared.  The supernatural being came out of a light mist being carried on a barge of flowers and was draped in a white gown, her hair glimmered as if was made of spun gold, and she carried a Grecian urn that had water shimmering from it as if it were made from thousands of sparkling diamonds.  On the first two occasions the specter told Ruth Anne of the water that flowed from the urn and described it as a blessing.  The angel urged Ruth Anne to drink the water but she was not ready.  During the third dream the angel explained that the water pouring from the urn was the water of life.  Ruth Anne drank of the water and told her two daughters that the water, “gave me immortality.”  She died a few days later. 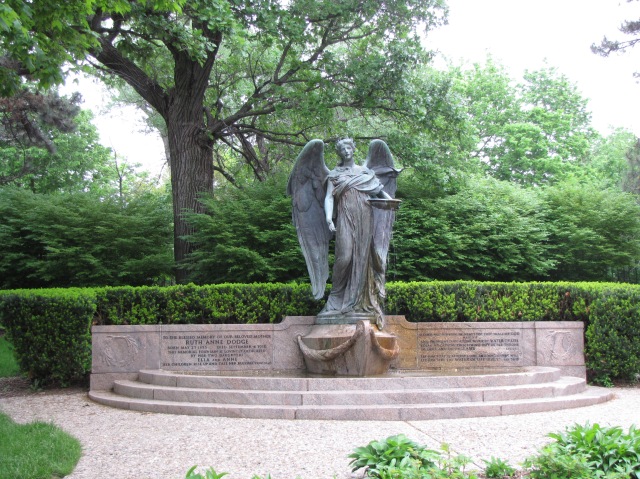 The Dodge daughters, Ruth and Eleanor, wanted to commemorate their mother’s dreams in a statue and commissioned the great American sculptor, Daniel Chester French, to recreate the angel as seen in the dreams.  The sculpture he created is cast bronze and turned black with age.  Since its creation after Ruth Anne Dodge’s death in September of 1916, it has become known as the black angel. Oddly, the black angel was erected in the Fairview Cemetery, even though, Grenville and Ruth Anne Dodge are buried in a classically-designed mausoleum in the Walnut Hill Cemetery at Council Bluffs, Iowa. 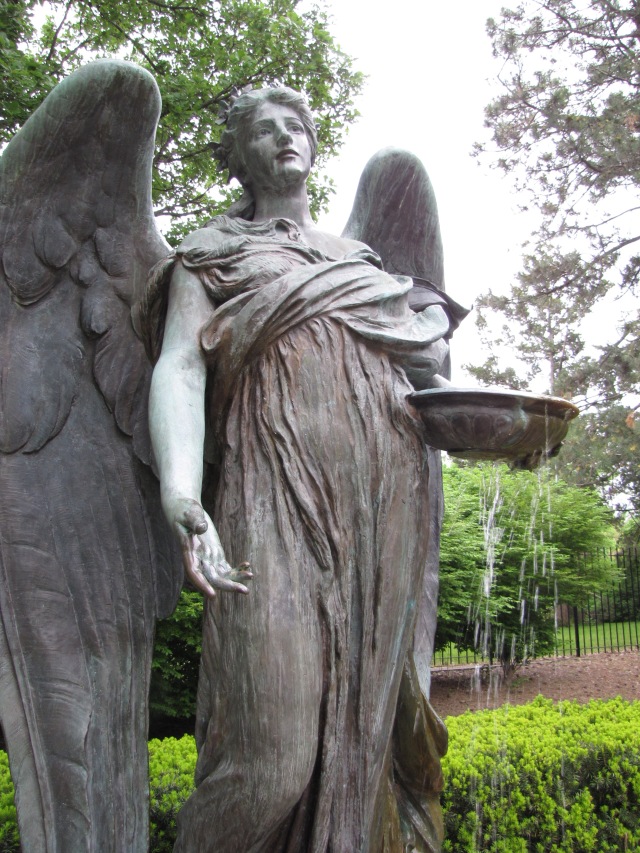 5 Responses to Visions of the Angel of Death