Posted on December 5, 2012 by gravelyspeaking 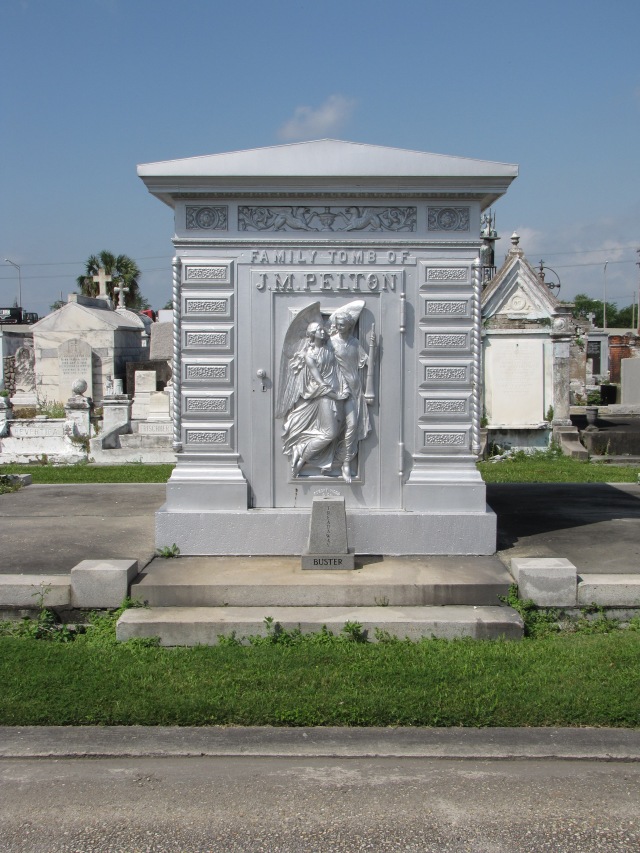 Cast-iron is an oft-used material for fencing in cemeteries but it is also used as a building material for tombs.  The Pelton Family tomb in the Greenwood Cemetery at New Orleans is one of two identical cast-iron tombs in the cemetery.  The tomb was built by the Robert Wood & Co. of Philadelphia, Pennsylvania, and the Miltenberger Foundry of New Orleans.

The door to the tomb is adorned with a male angel with an inverted torch in one hand and his arm around a woman.  The symbolism here looks clear that the angel is taking the woman’s soul to Heaven.