Cherub and the Veil

Posted on September 1, 2012 by gravelyspeaking 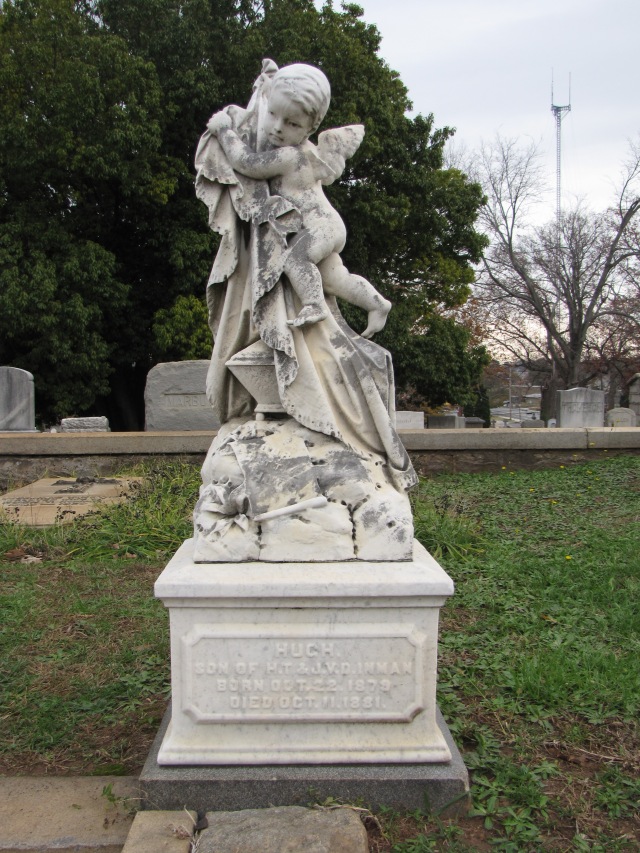 On this white-marble monument in the Oakland Cemetery at Atlanta, Georgia, memorializing the life of an infant boy just short of his second birthday, a Cherub lifts a drapery upward to reveal a coffin. The lifted curtain or drapery represents the passage from one realm to another; the veil that exists between the Earthly realm and the Heavenly one. The drapery represents the last partition between life and death.  The coffin is a mortality symbol to remind the viewer that life is short and that we will all soon die.

This motif also depicts the Victorian custom of the body laying in state in the family’s parlor. It was also customary that nearly everything in the parlor would have been draped in fringed and tasseled black cloth to express the family’s mourning. The draperies would have been kept in place for quite some time even after the body was removed to the grave. This would allow the family to continue to mourn and to express their sorrow.

1 Response to Cherub and the Veil