Posted on September 2, 2012 by gravelyspeaking 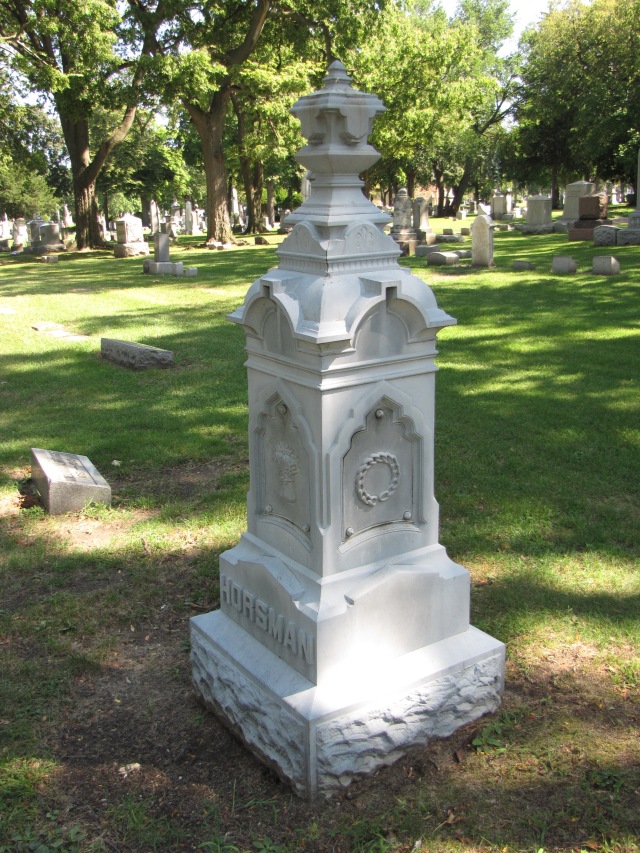 The Monumental Bronze Company of Bridgeport, Connecticut, produced cast zinc cemetery markers billed as “white bronze” beginning in the 1870s. The markers are distinguishable by their bluish-gray tint.

Contrary to popular belief, the markers were not carried in the Sears Roebuck catalog. They were sold by enterprising salesmen who carried a catalog with them to show customers the many styles and price ranges of their product line. In many cemeteries you can find evidence of highly successful salesmen who sold a large number of the markers.

The Horseman monument was featured in an American Bronze Company catalog, the page is below.  Throughout the catalog various monuments were highlighted. 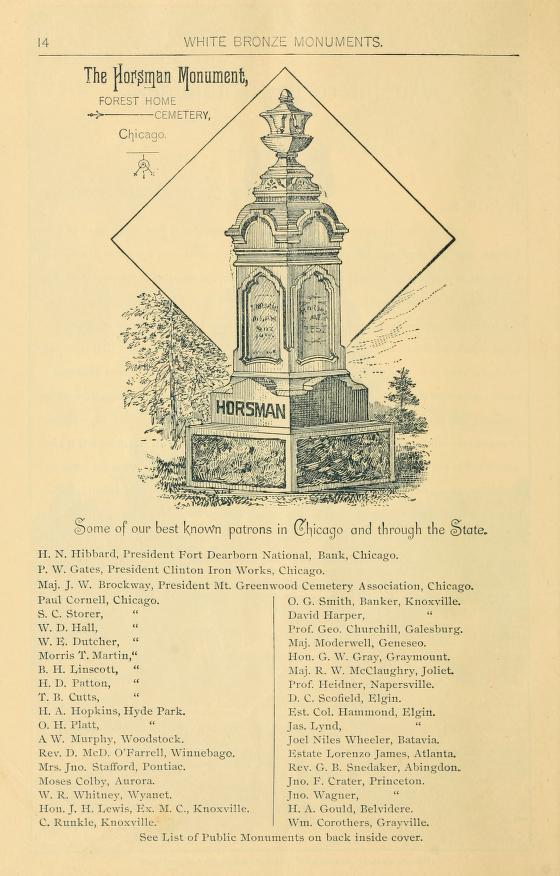 This entry was posted in Materials. Bookmark the permalink.