A Small Stairway to Heaven

Posted on August 2, 2020 by gravelyspeaking 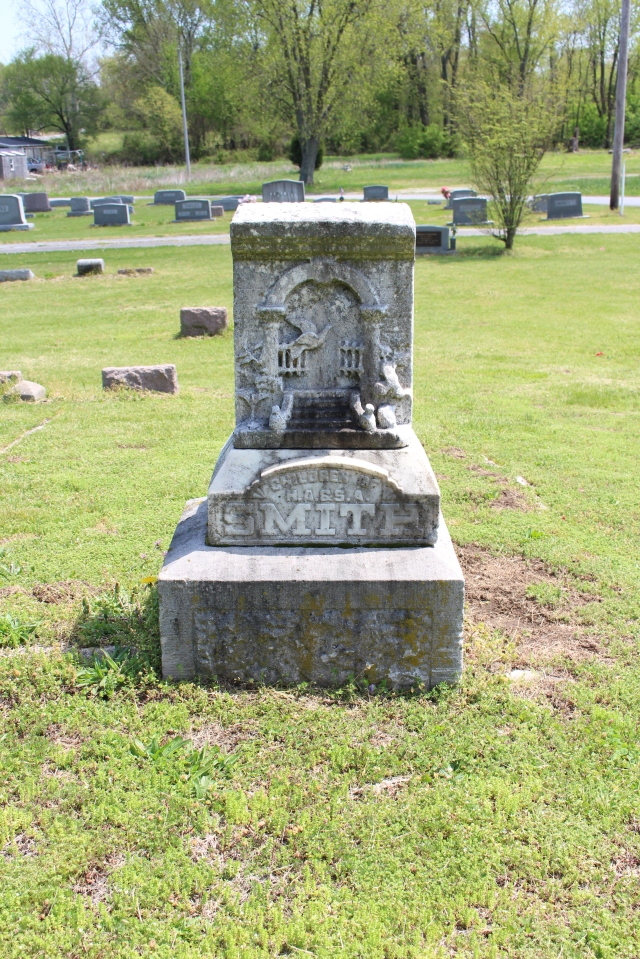 There is a weathered marble gravestone with the words, “Children of H. A. and S. A. Smith” carved into the plinth.  The small white marble gravestone is in the Oak Grove Cemetery in Washington, Indiana.  Unfortunately, the marble is so badly eroded that the names of the children, which appeared on the top of the gravestone, are no longer legible—they are lost to history.

The symbolism on the marker is badly weathered, too, but easily discernible.  The most dominate motif on the marker—open gates—is very common in American cemeteries.  In this example, the gates are attached to rounded columns with what appears to be Corinthian capitals, holding up an arch.  The arch represents a triumph of life over death, victory over the darkness of the grave. 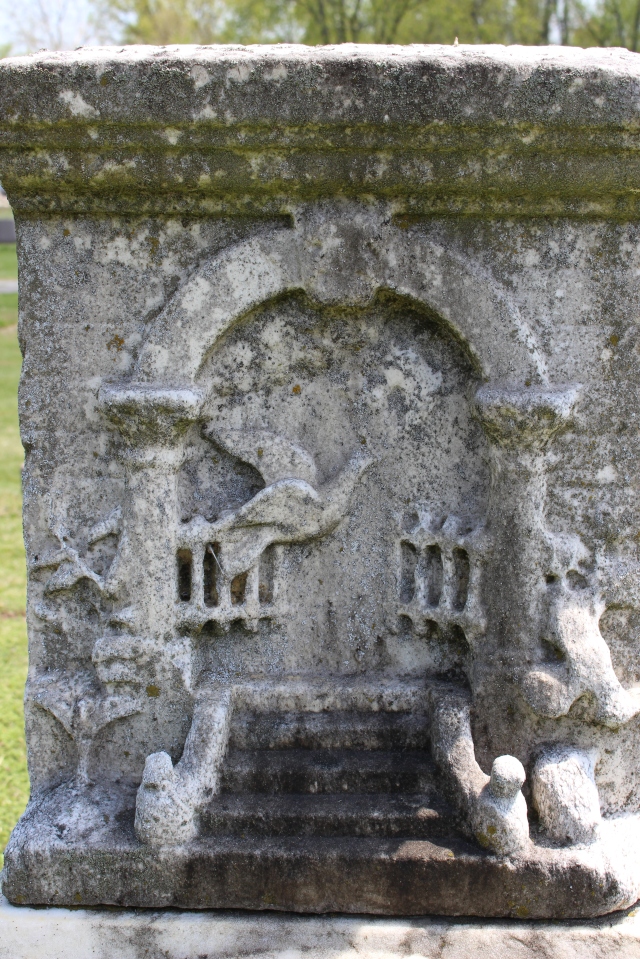 The open gates, which are central to the Last Judgment, are open.  The gates here represent a passageway from one realm to the next.  The gates are the portal for saved souls to make their passage from the Earthly realm to the Heavenly realm upon Christ’s return.

This example also has a dove.  Many symbols found on gravestones have multiple meanings—the dove is one of those.  Several references in the Bible refer to the dove as a symbol of the Holy Spirit. Matthew 3:16 reads, “And Jesus, when he was baptized, went up straightway out of the water: and, lo, the heavens were opened unto him, and he saw the Spirit of God descending like a dove, and lighting upon him.” In Mark 1:10 the Bible says, “And Straightway coming up out of the water, he saw the heavens opened, and the Spirit like a dove descending upon him.” Again in John 1:32, the Bible reads, “And John bare record, saying, I saw the Spirit descending from heaven like a dove, and it abode upon him.”

Along with the dove symbolizing the Holy Spirit, the dove is also closely associated with peace, often depicted with a sprig of an olive in its beak. This, too, originated in the Bible. After the waters receded in the story of Noah, the dove appears. Genesis 8:11, “And the dove came into him in the evening; and, lo, in her mouth was an olive leaf pluckt off; so Noah knew that the waters were abated from off the earth.”   It was a sign of God’s forgiveness.

The dove, with its white color, is also a symbol of purity and innocence and for that reason is often found the tombstones of children, most likely why it was carved on this stone, in honor the Smith family children.  Thus, the dove symbolizes the Holy Spirit, peace, and purity.

Less often seen in connection with the open gates motif is the staircase leading up to the open gates—the stairway, albeit small, to Heaven.  I have always envisioned it much longer and grandiose! 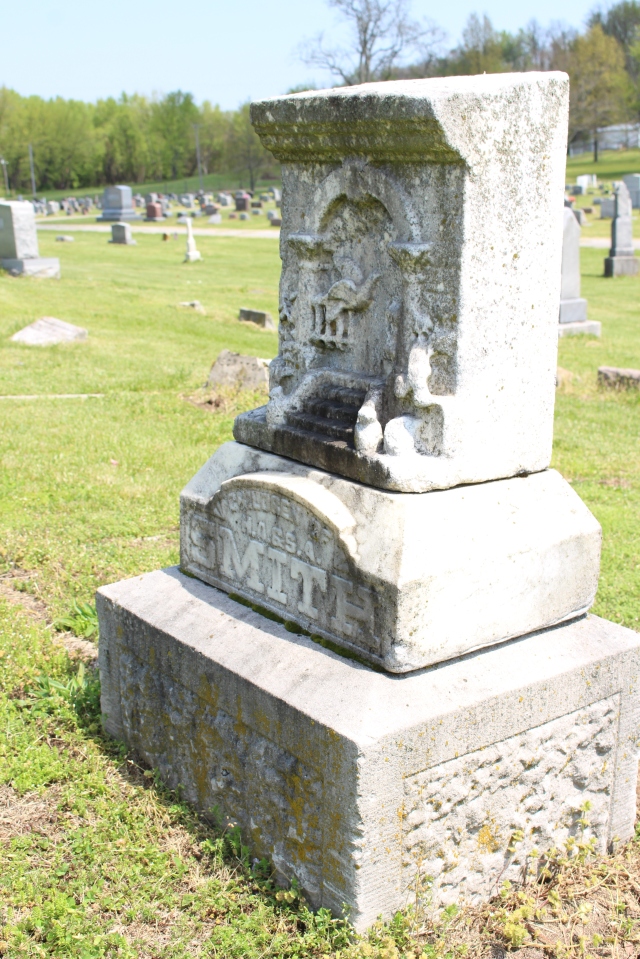 3 Responses to A Small Stairway to Heaven