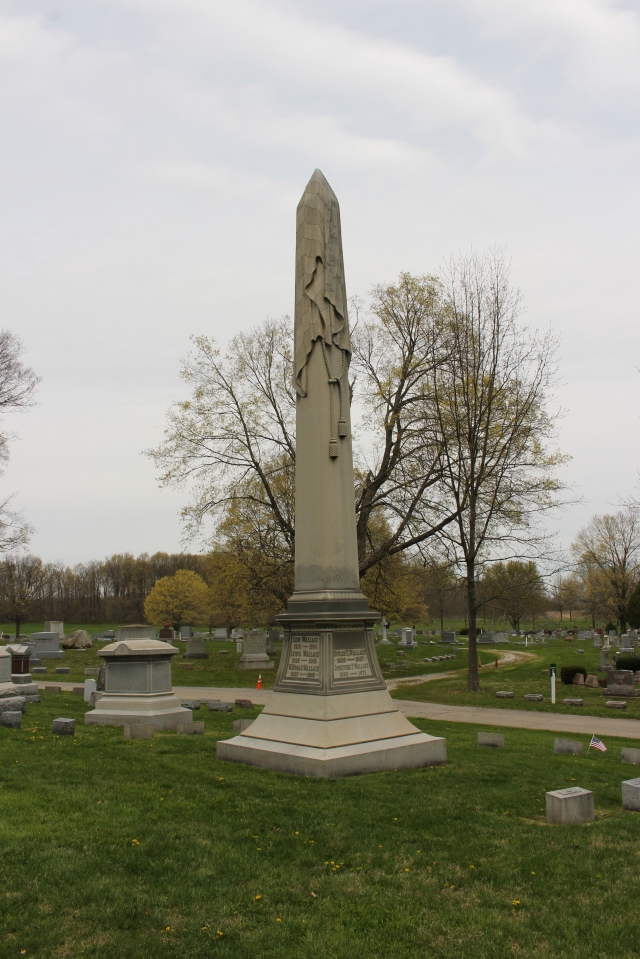 In 1959, MGM (Metro-Goldwyn-Mayer) released the epic film, Ben-Hur, which was the most expensive motion picture produced up to that time—costing slightly over 15 million dollars!  As the expression goes, it had a cast of thousands, literally.  10,000 extras were used in the making of the movie, along with over 200 camels and 2,500 horses.  The movie starred Charleton Heston, who had already played a bigger-than-life Moses in the production of The Ten Commandments.  With a marketing budget that was nearly as much as it cost to produce the movie, it was soon the second highest-grossing film at the time, second only to Gone with the Wind.  The Academy Award-winning movie was a remake of a 1925 silent film also based on Lew Wallace’s book, Ben-Hur: A Tale of the Christ.

The book, Ben-Hur: A Tale of the Christ, was published in 1880, and was a best-selling novel that secured the Wallace family’s fortunes.  While Lewis “Lew” Wallace (April 10, 1827 – February 15, 1905) born in Brookville, Indiana, is widely remembered for the novel, which has been called “the most influential Christian book of the nineteenth century,” he had a career that included the law, military, and diplomatic service.  He served in the Mexican-American War and the Civil War.  He served as Governor of the New Mexico Territory and as Ambassador to the Ottoman Empire.  Wallace eventually returned to Crawfordsville, Indiana, where he made his last home, where he continued to write and publish.  He died in 1905, and was buried in the Oak Hill Cemetery in Crawfordsville—his grave marked by the tallest monument in the cemetery—a light gray granite obelisk that is carved with an American flag draped over the point. 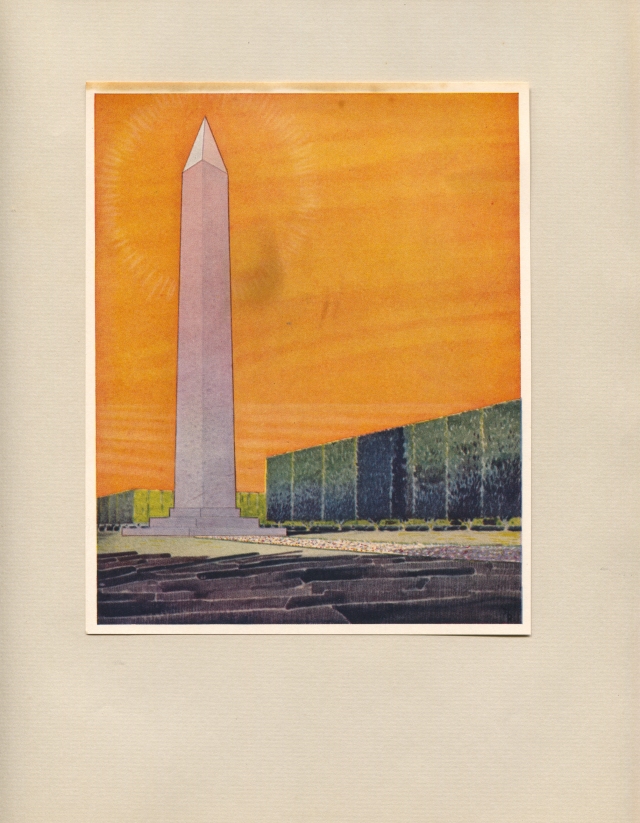 In 1928, the Georgia Marble Company of Tate, Georgia, produced a marketing piece in the form of a book titled, Memorials: To-Day for To-Morrow written by William Henry Deacy. The book was designed to showcase their memorial designs by highlighting them in the book with lush full-color watercolor illustrations of the various memorials. Along with the illustrations the book provided explanations of the symbolism found in the memorials. The book also coupled an architectural drawing of how the memorial is to be made. The monument they chose to highlight on pages 62-64 was the obelisk.

After the French and British occupations of Egypt, there was a renewed interest in Egyptian architecture and symbolism in America, including the obelisk, those tall thin four-sided columns that tapered upward and then end in a pyramid at the top.  The obelisk is a ubiquitous gravestone shape found in American graveyards.

The author, Mr. Deacy, makes the following claim in the Georgia Marble Company book (page 63), “The steeple of the Church symbolizes the spiritual and uplifting power of religion and the moral aspiration of man. It was evolved from the obelisks which stood before Egyptian temple—emblems of the sun god Ra and the regeneration of man. It has long been a favored form for the civic and private memorial. Towering heavenward from a sightly (sic) location, the obelisk probably ranks among the most simple and impressive of all monuments.” 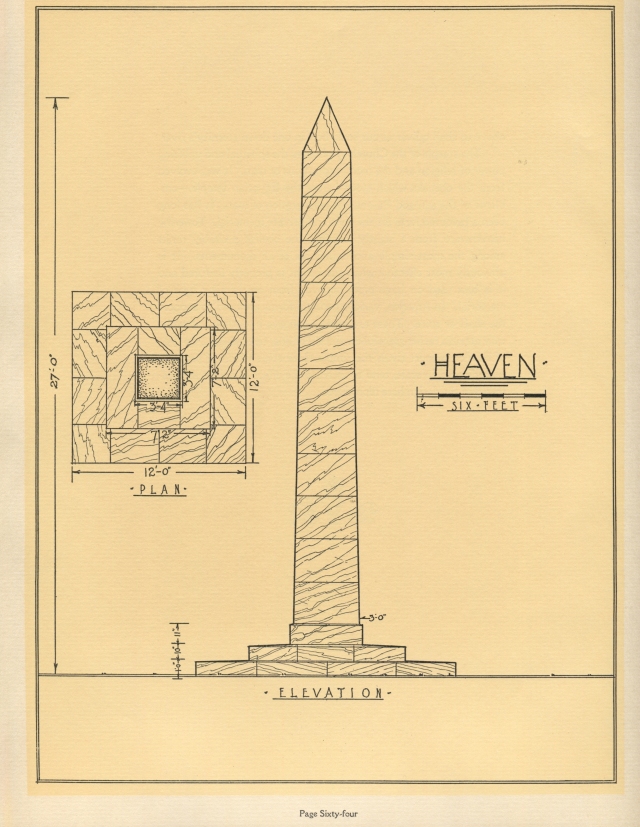 The book goes on to say that the obelisk is highlighted best when it is featured by itself, with no other monuments nearby to distract from its elegant and graceful shape. It also says that, “various pedestal forms are used to support the shaft or spire…and while they attain a rather graceful continuity of line, nevertheless, no type of base or support rivals the simple three steps, which if properly subordinated in scale, tend to increase the effect of height….”

The entire book can be found at the Quarries and Beyond Website: http://quarriesandbeyond.org/cemeteries_and_monumental_art/cemetery_stones.html.

The Quarries and Beyond Website was created by Peggy B. and Patrick Perazzo. It focuses on historic stone quarries, stone workers and companies, and related subjects such as geology. Whenever possible links of finished products are provided on the Website. There is a “Quarry Articles” section that presents articles, booklets, and links from the late 1800s to early 1900s, including the 1856 “The Marble-Workers’ Manual.” The “Cemetery Stones and Monuments” section provides references and resources, including many old monument magazines, catalogs, price lists, and a photographic tour “From Quarry to Cemetery Monuments.”