Posted on November 17, 2019 by gravelyspeaking 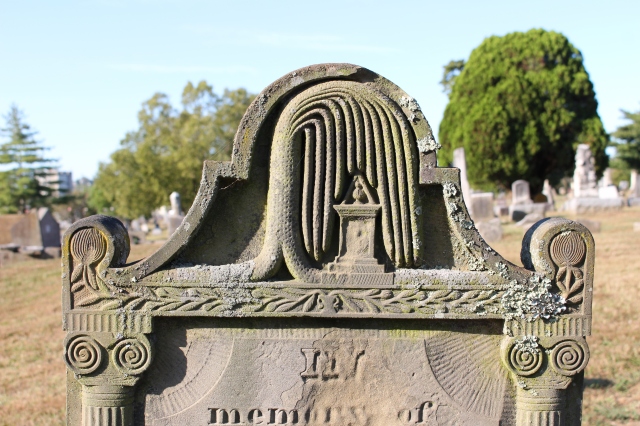 Remember friends as you pass by

As you are now, so once was I,

As I am now so you must be 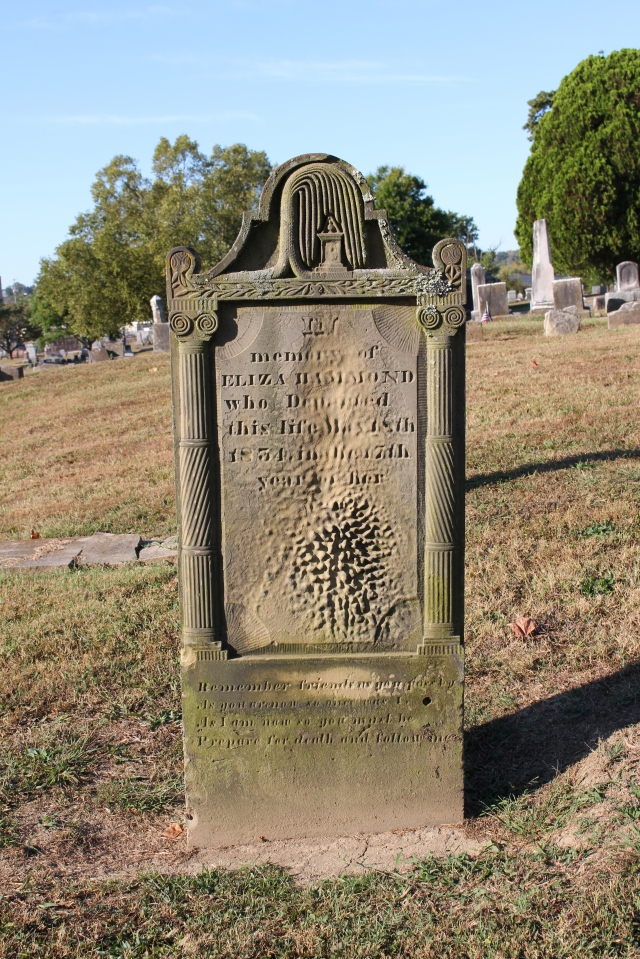 One of my favorite graveyard symbols is the willow.  The willows come in all sorts of the forms—some realistic, others highly stylized—and sometime they are combined with other objects, such as gravestones, weepers, and quite often, urns.  And, they can be found nearly everywhere—the willow motif is ubiquitous in 18th and 19th Century American cemeteries.

The willow represents a turning away from the harsh symbolism of death found on Puritan gravestones to a softened approach as America moved into the Romantic era.  In their groundbreaking article, “Death’s Head, Cherub, Urn and Willow,” James Deetz and Edwin S. Dethlefsen, wrote that the willow first made its appearance in cemeteries in the early 18th century. The motif represented a break from the stark and cold reminders that death would bring that the Puritans carved into their gravestones—flying death’s heads, skulls and crossbones, and gravedigger’s equipment. In addition to the grim reminders of the inevitability of death Puritan gravestones often accompanied the haunting imagery with blunt words such as, “Here lies the body.” Nothing subtle there. The willow and the urn, however, represented a more sentimental view of death. There was a softening of Puritan views during the Great Awakening and the beginning of the Romantic Era.  Often the willow motif is accompanied with words like, “In memory of” or “Sacred to the memory of.”  This represented a softer approach to the funerary arts.

Like many symbols found in the cemetery, they can have multiple meanings, and there can be disagreement about the meaning of the motif—including the willow. Christians saw the ability of the tree to live seemingly no matter how many of the branches were cut from the tree as a symbol of immortality. And, point to the Bible verse, Psalm 137.:2, “We hanged our harps upon the willows in the midst thereof.” As a reference to its Christian origins, though few biblical scholars believe that the willow was the tree quoted in the passages as the willow is not native to the Middle East.  Others suggest that the willow motif predates Christianity going back to the time of the Greeks. The willows in Greek mythology was associated with the Underworld. Orpheus carried a willow branch with him when he traveled there to rescue Eurydice from Hades. Whether Greek or biblical, the motif coincided with a neo-classical revival that took place in the mid-18th Century in America.

The two examples of willows on gravestones from the Fairview Cemetery in New Albany, Indiana, in this post display two of the many different styles of willows that can be found in graveyards.  In both cases the willow fills the tympanum and is intricately carved.

In the example above, the limestone tablet is elaborately carved with an architectural look to it—columns on the sides with Ionic capitals, holding up the top of the third of the stone.  Inside the arched tympanum is the willow which takes on almost human characteristics—it is bent over in grief and agony, its long thin branches enveloping the tombstone topped with an urn.  The tablet is weathered in an unusual way—with an effect in the lower third of the face of the stone with a bubbling like blur that meanders up through the inscription.

The example below, also from the Fairview Cemetery in New Albany, Indiana, also has a willow tree in the tympanum of the gravestone.  In this gravestone, the willow offers shade to the newly marked grave of Mary Eliza Goodrich.  The weathered gravestone is difficult to decipher.

To the memory of

who departed this life

To push us to the tomb

And fierce diseases wait around

To hurry [to sorrow’s] home.

As a feeble tribute to her memory

This inscription is humbly

Dedicated by an affectionate friend.