The Gates Mausoleum (not Bill Gates, who is very much alive) in the Woodlawn Cemetery in the Bronx is a massive display of wealth.  Robert “Bet-a-Million” Warne Gates, who made a fortune manufacturing and selling barbed wire and founding an oil company that later became known as Texaco, and had a penchant for gambling, built the austere classic revival-style light-gray granite mausoleum.  The mausoleum is of the Doric order—characterized by the fluted columns with no base resting directly on the stylobate, the capitals are slightly curved and unadorned.  The architrave (stone panel that traces around the building just above the column) is plain, as is the frieze which is generally enhanced with triglyphs, guttae, and bas-reliefs.  The cornice (the triangle-shaped architectural element above the door) is plain and adds to the solemnity of the tomb. 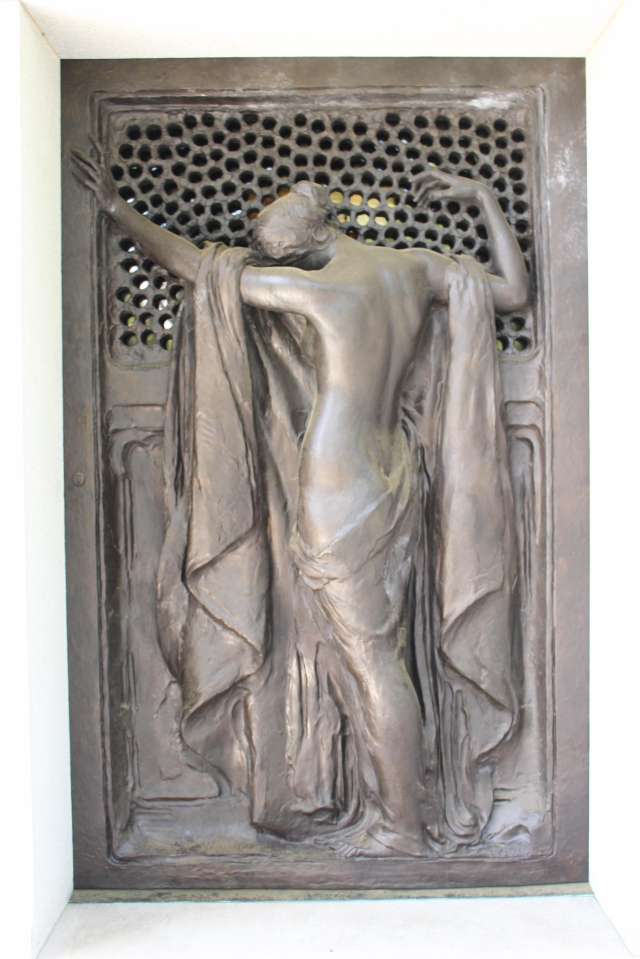 The mourning figure on the door of the grand mausoleum is described in the book, Sylvan Cemetery: Architecture Art & Landscape at Woodlawn, as a “flowing figure of a grieving woman, seen from the rear with drapery slipping down to revel a long and sinuous form, a play of curved and angular contour lines.  Her long fingers speak of the tension between her continuing agony at her loved one’s absence, as seen in the clawing motion of her right hand and her need for calm reflection and endurance in the left hand.  Her head is bowed and her face hidden from our view signifying the ravages of grief works on the harmony and beauty of the human face.” 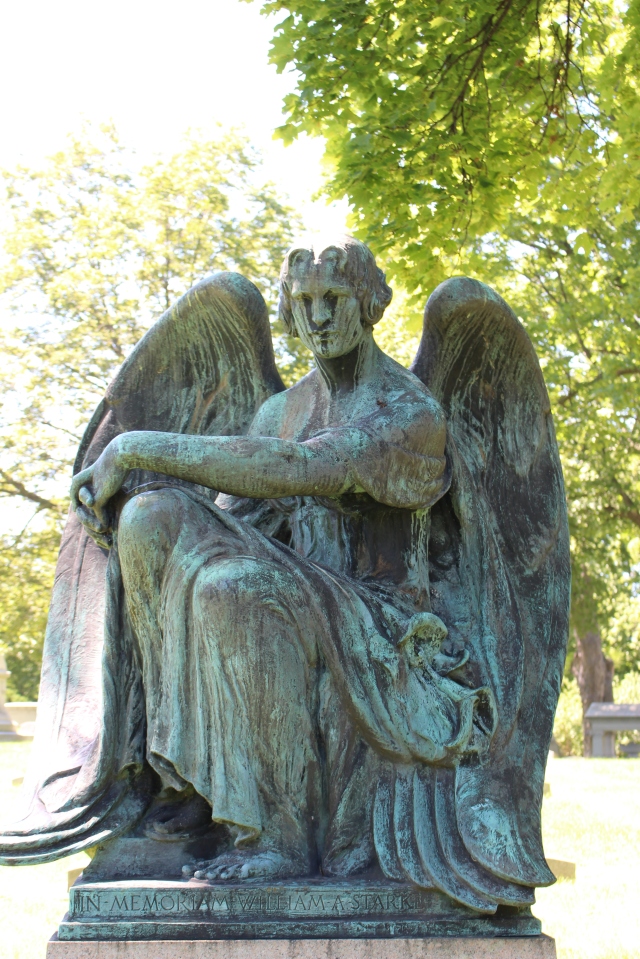 Robert Ingersoll Aitken (1878 – 1949) also created a sculpture of a seated angel sculpture as a funerary monument for William August Starke in the Forest Home Cemetery in Milwaukee, Wisconsin.  The bronze sculpture is 69 inches high and 62 inches wide, resting on a light rose-colored unpolished granite base that is 44 inches high, 63 inches wide and 53 inches deep.

The angel has Calla lilies laying in her lap, recognized as a symbol of marriage.   Aitken completed the monument in 1921—signed in the lower left corner of the bronze plinth, “AITKEN FECIT”—Latin for “Aitken made it.”

William A. Starke, a Milwaukee businessman and entrepreneur, was an immigrant, who along with his four brothers, came to the States from Kolenfeld, Germany.  The five brothers founded the C. H. Starke Bridge and Dock Company, were involved in the Milwaukee Bridge Company, the Christopher Steamship Company, and the Sheriff Manufacturing Company. 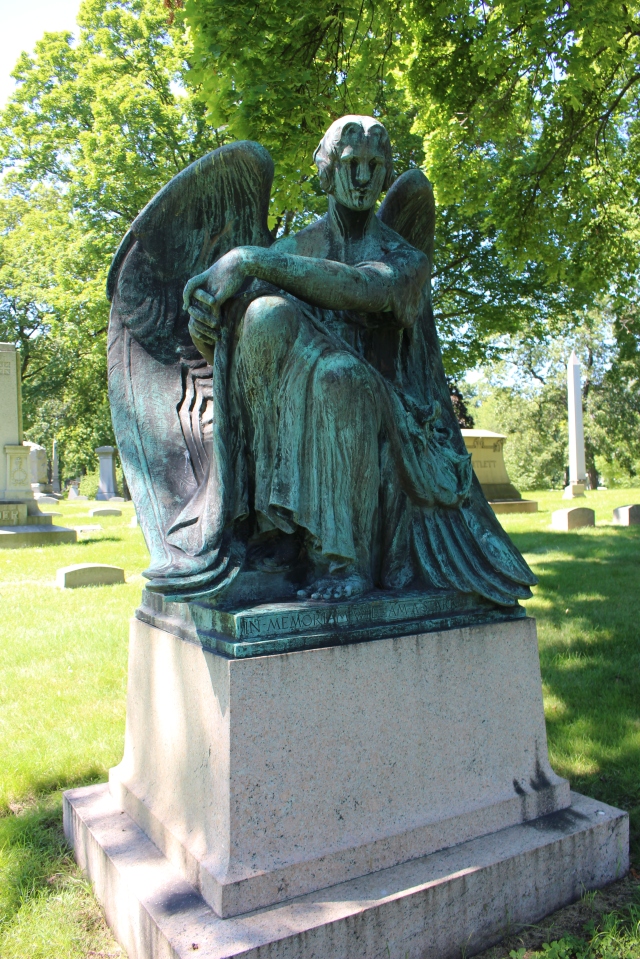 This entry was posted in Saving Graces, Symbolism, Tombs, Uncategorized. Bookmark the permalink.