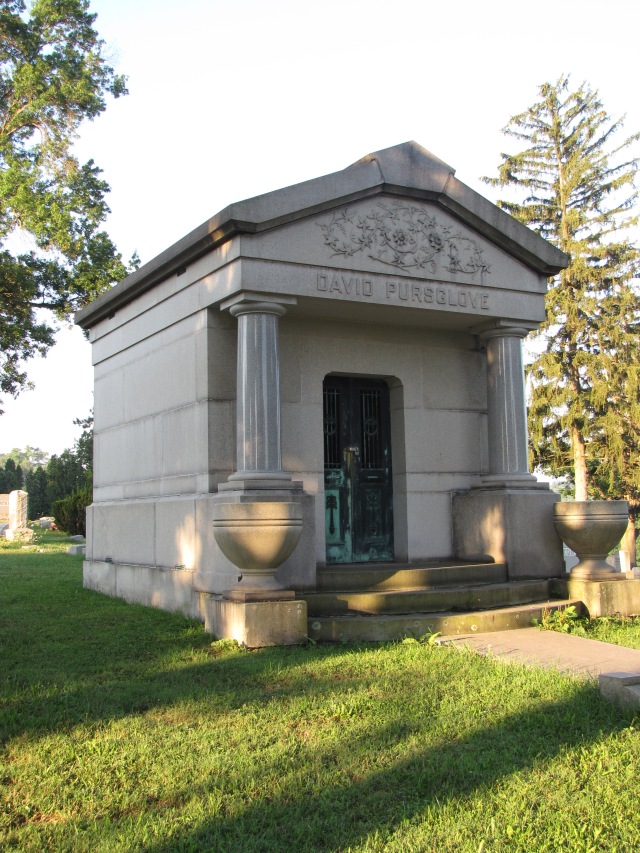 The gray granite mausoleum in the Saint Clairsville, Ohio, Union Cemetery is an example of Neo-classic design in the Tuscan order characterized, in part, by the plain Doric columns and the lack of ornamentation such as triglyphs or guttae.  The Tuscan order was largely a simplified version of the Doric order.  The protruding porch is supported by highly-polished non-fluted columns.  The occupant’s name, David Pursglove, is emblazoned on the architrave.

The tomb displays symbolism inside out—the passionflower, for example, adorns the pediment.  The passionflower was so named by Spanish Christian missionaries because they identified parts of the flower with the Passion of Jesus Christ.

The bronze doors are split into two sections.  The upper section has a wreath overlaid on bars.  The wreath traditionally symbolizes victory over death.

The bottom panels feature inverted torches. The flame is symbolic of the soul.  The inverted torch represents a life that has been extinguished but the soul continues to exist in the Heavenly Realm. 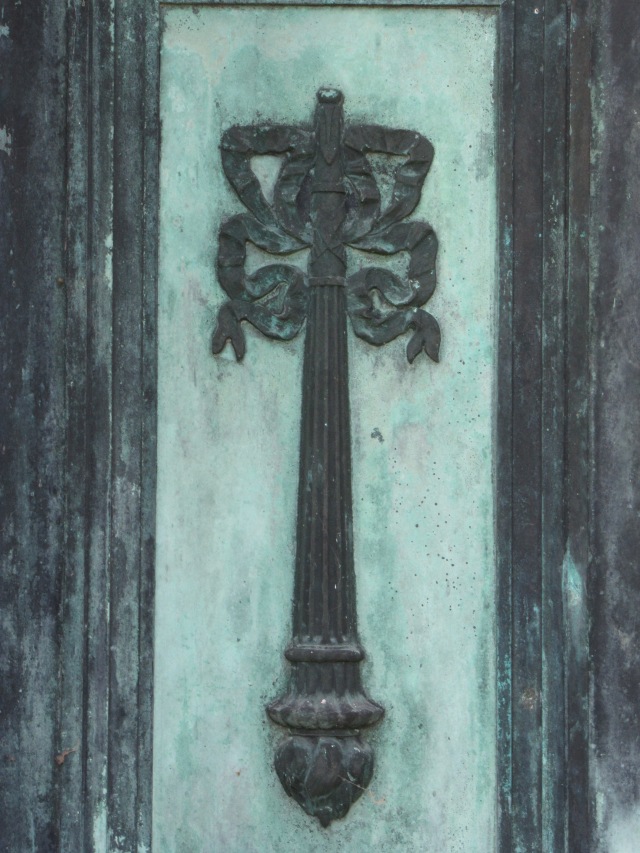 A peek inside the tomb reveals a stunning stained-glass window in the rear of the mausoleum displaying a profusion of red American roses.

Romantics have waxed poetic about the rose and the connection to love for centuries which has made the rose an undeniable symbol of love.  The rose also has a religious meaning, differing by color.  The white rose symbolizes purity while the red rose represents martyrdom and the messianic hope that Christ will return.