The Angel in the Boat Redux 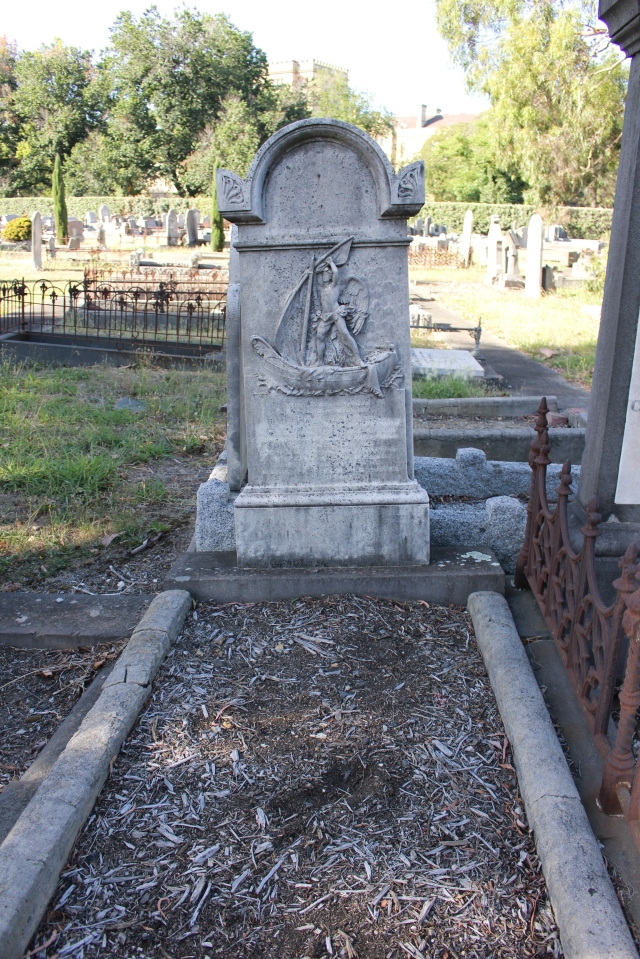 A PERFECT AND UPRIGHT MAN

TO THE GLORY OF GOD

THIS STONE IS ERECTED

AS TOKEN OF UNDYING AFFECTION

BY HIS AUNT FLORENCE PICKERING

ALSO IN LOVING MEMORY OF

Not far from the main gate of the Melbourne General Cemetery, Melbourne, Australia, on College Crescent, to the right on First Avenue, is a gravestone dedicated to Bert Hoof.  The epitaph does not tell the circumstances of his accidental drowning on the Yarra River, but on this gravestone Bert Hoof is depicted as an angel holding up the mast of the tiny boat. 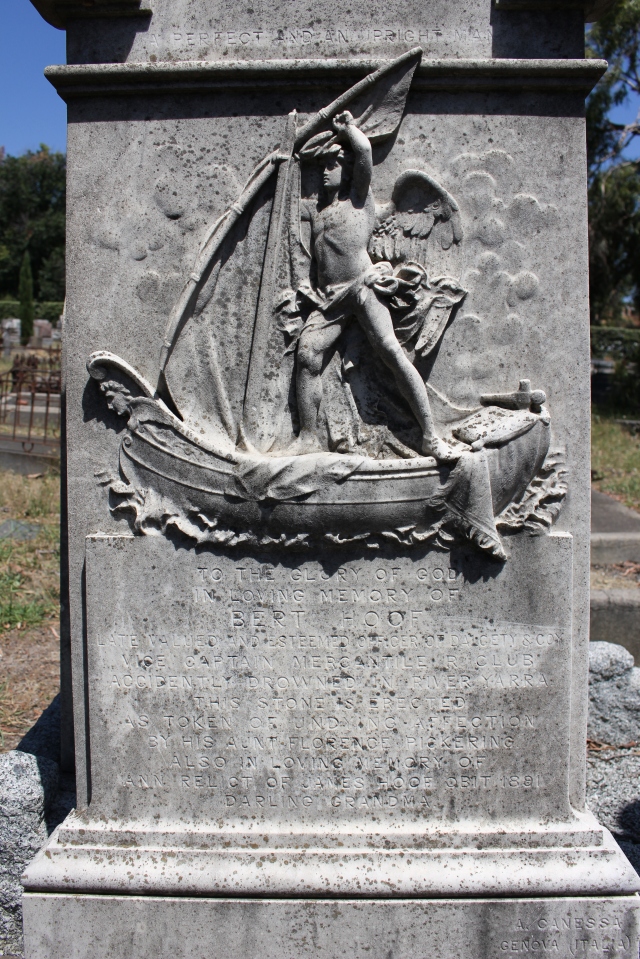 My friend and super sleuth, Meredith, reads my blog and decided to see if, with a little digging, she could uncover more details about the accidental death of Bert Hoof.  She found the following article in the Saturday December 8, 1906 edition, of The Independent on page 2:

The circumstances surrounding the death of Mr. Albert Edward Hoof, the victim of last Saturday’s boating accident on the river Yarra during the course of the rowing matches were investigated by the district coroner (Dr. Cole), at the Footscray morgue, on Monday, and Melbourne morgue on Tuesday.  In his finding, the coroner … the deceased died from asphyxia by drowning.  He had not been struck on the head or injured in any way.  He had stepped out of the boat, in spite of the fact that Mr. Warburton had told him to sit still, and that there was no danger.  It was evidently a case of where a man had lost his nerve.  The condition of the host appears to have been bad, and the deceased could not swim.  There was a notice in the Mercantile Club’s sheds to the effect that nobody unable to swim should go out in single sculling boats.  That notice might well be extended to apply to other boats.  It was very necessary that all men should learn to swim, and especially those who went on the Yarra.  The incident of the Assistant Harbour Master, speaking to Fawcett (who was diving in the nude), and telling him that ladies were present on the boat, was regrettable.  He was sure no regretted it more than the Assistant Harbour Master himself.  Modesty was a very good thing in its way: but modesty should never interfere with the chance of saving human life.  A word of praise was due to Messrs. Brown and Fawcett, who had risked their lives in the endeavour to save the deceased.  The coroner then recorded the following verdict:–“I find that on 1st December, at the junction of Coode’s Canal and the River Yarra, Albert Edward Hoof was accidently drowned.” 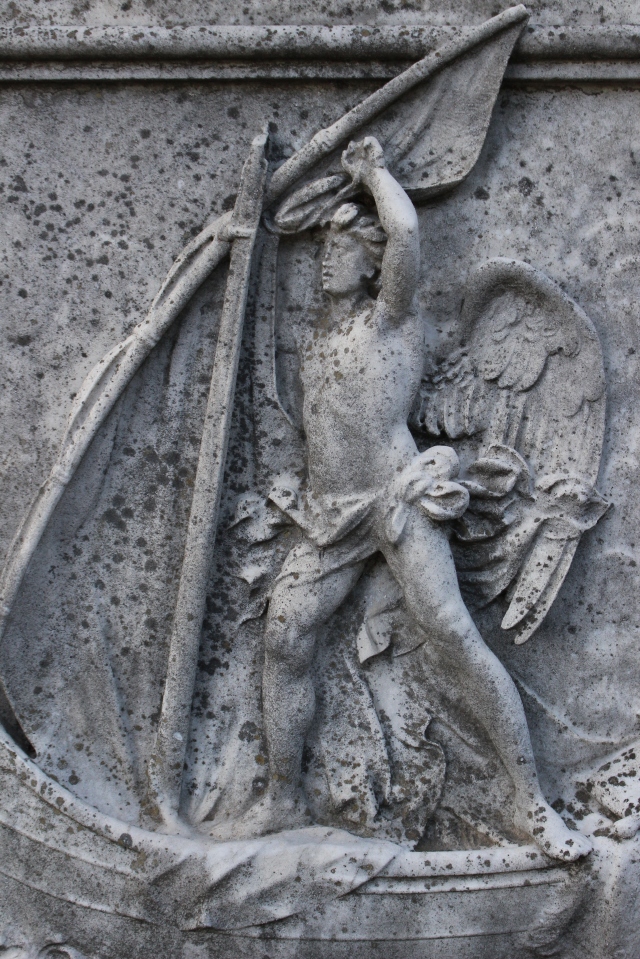