Guy Boyd, the Mark and Marker of an Artist

Posted on February 2, 2019 by gravelyspeaking 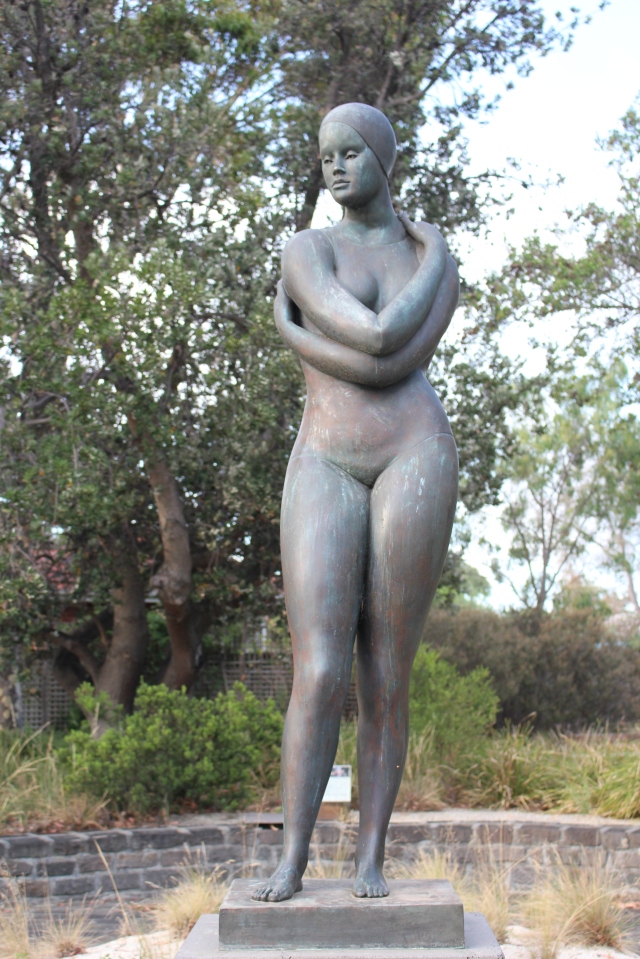 The Brighton General Cemetery in Brighton, a suburb of Melbourne, Australia, was designed as a garden cemetery.  Twenty-nine acres of land was set aside in 1853 for the purposes of being a burial ground.  It was designed with broad avenues and bricked alleys that snake through the manicured lawns.  Along the avenues between the curbing and where the grave ledgers shelter the dead is a strip of grass referred to as a lawn.  In the North end of the cemetery along the avenue in that grassy area is a small polished gray granite marker that lies flat with the ground.  The marker has two small plaques and one bronze bas-relief sculpture.

The bas-relief is a sculpture of the miniature version of Boyd’s last sculpture–“The Prodigal Son.”   As a reader, Martin, points out, “it depicts the father welcoming his wayward son with a loving embrace. It was one of Boyd’s last works and a full-scale version hangs behind the altar at St. Andrew’s Anglican Church in Brighton.”

The polished granite “grass marker” marks the graves of Guy and Phyllis Boyd.   Guy Boyd was a noted sculptor and potter born into the famous Boyd family of artists and artisans.  His father, William Merric Boyd, was a well-known potter.  His mother, Doris Lucy Eleanor Bloomfield, was a painter.  The artistic dynasty of the Boyd’s began with his grandparents who were also painters along with a host of other relatives who were novelists, architects, sculptors, potters, and painters.  Boyd enrolled and studied sculpture at the East Sydney Technical College in 1945.  The following year he founded a commercial pottery company with commercial success.  During the next twenty years he ran a successful pottery business but was trying his hand at sculpture during that time, as well.  In 1964, after selling his pottery company, Boyd focused full time on his sculptural work becoming noted for his figurative art and his ability to “capture the fluidity and sensuality of the female form.”

After a stint of studying abroad in Europe and Asia, Boyd moved his family to Canada where he gained international fame selling his artwork in galleries of Toronto, Chicago, and New York. However, even with his much touted success overseas, Boyd decided to move his family back to Australia, actually returning to purchase and restore his grandfather’s house on Edward Street, in the beach community of Sandringham, a suburb of Melbourne.  Boyd’s work had been exhibited to much acclaim in Australian cities, such as, Canberra, Perth, Brisbane, Sydney, and major overseas cities of London, Montreal, Toronto, Chicago, and New York. His work is represented throughout Australia including in the National Gallery of Australia and in the State galleries of Victoria, New South Wales and Queensland.

And a sculpture, titled the “Sandringham Swimmer” stands in the Indigenous Resource Garden, a small park not far from his last home in Sandringham and is a testament to his talent for capturing the sensual form of the female body. 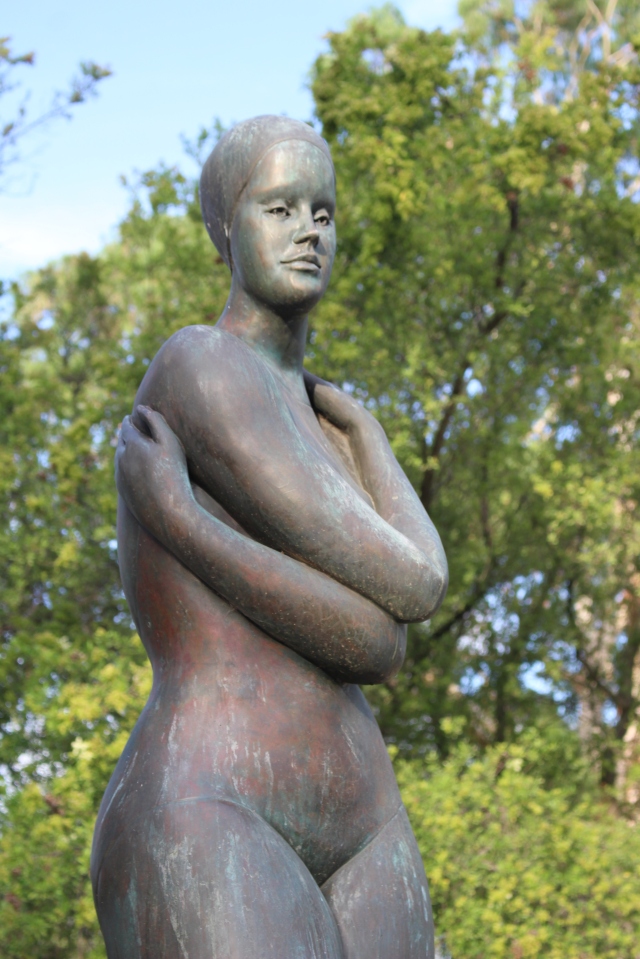 The Boyd family artistic dynasty continues to this day.  The bas-relief panel below the statue of the swimmer was designed by Guy Boyd but carried out by his daughter, Lenore, who is also an accomplished artist.

The Plaque on the base for the statue:

History and Heritage of Sandringham

Developed by the late Guy Boyd and sculpted by his daughter Lenore Boyd.

An Australian Bicentennial project carried out with

together with the City of Sandringham.

Unveiled by the Mayor of Sandringham, Cr. Michael Hanlin,

2 Responses to Guy Boyd, the Mark and Marker of an Artist