Posted on November 7, 2018 by gravelyspeaking 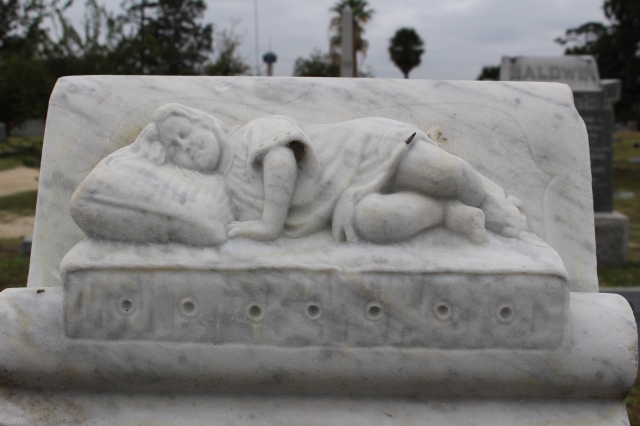 A light from our household has gone

A voice we loved is stilled

A place is vacant in our hearts

That never can be filled.

The white marble gravestone of Aneta Harris in the BPOE 216 (Benevolent and Protective Order of Elks) Cemetery in San Antonio, Texas, is imbued with an abundance of symbolism.  First of all, it is topped with a chubby baby girl nestled against a pillow and asleep on top of a cushion.

On the face of the gravestone, barely visible in an incised carving above her name, are two angles holding a crown as if they are ready to place it on the little girls head as she ascends to Heaven.  The crown is a fairly common symbol found in American cemeteries.  Sometimes it can be found as an incised carving at the top of the gravestone—often in conjunction with other symbolism such as palm leaves.  The crown is a symbol of glory and reward and victory over death.  The reward comes after life and the hard-fought battle on Earth against the wages of sin and the temptations of the flesh.  The reward awaits in Heaven where the victor will receive a crown of victory.  The crown also represents the sovereign authority of the Lord.

Above the crown is a five-point star.  The star can represent the life of Christ and the Five Holy Wounds of Christ–one wound in each hand, a wound in each foot, and one in His side where Jesus was pierced to check to make sure He was dead. 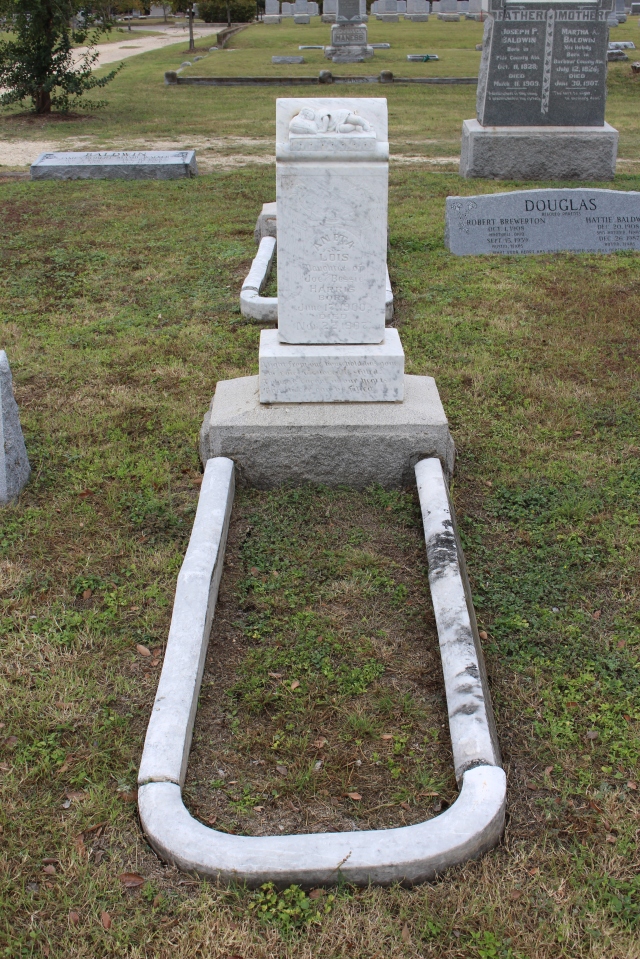 Marking the grave is a long curbing outlining the burial plot which would have been planted with blooming flowers.

This entry was posted in Angels, Children's Graves, Symbolism. Bookmark the permalink.