Posted on October 23, 2018 by gravelyspeaking

Brenda Putnam (1890-1975), was a well-known 20th Century sculptor born in Minneapolis, Minnesota. She had impeccable training having studied at the School of the Museum of Fine Arts in Boston.  Putnam also studied with the famed artist, James Earle Fraser, at the Art Students League of New York, as well as, studying at the Corcoran Museum Art School in Washington, D. C. 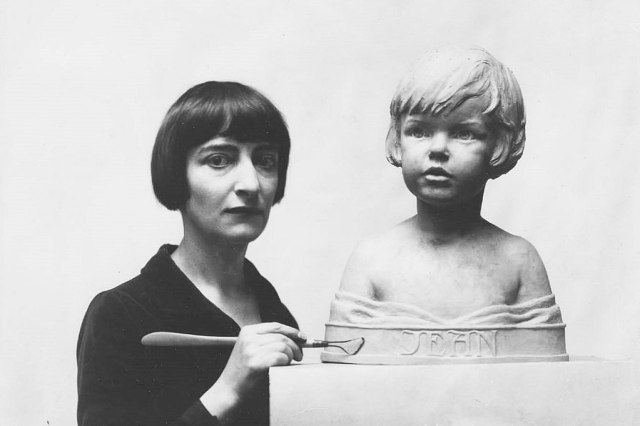 Putnam initially gained notoriety creating busts of children and sculptures for gardens. But her sculptures brought her notice and soon she was creating sculptures of famed Americans, such as, Admiral Ernest Joseph King, Jane Addams, Amelia Earhart, Pablo Casals, Mary Baker Eddy, and Harriet Beecher Stowe.  Putnam produced the artwork for the Moses Cleveland Centennial half dollar and the Art Deco sculpture of Puck for the Folger Shakespeare in Washington, D. C. 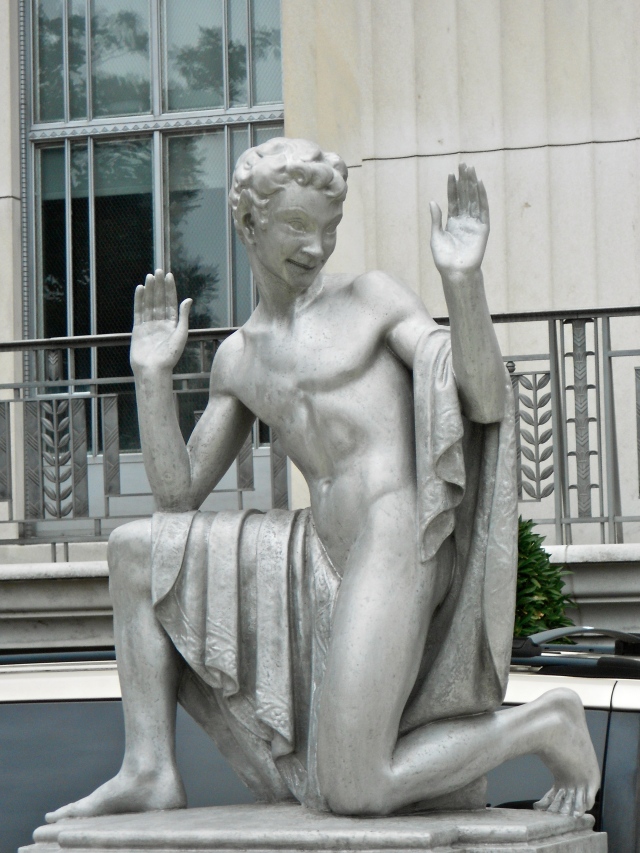 “A SOUL WHOSE EYES WERE KEENER THAN THE SUN

A SOUL WHOSE WINGS WERE WIDER THAN THE WORLD”

“There is no Death”

Anne Simon (1870-1916) was a talented artist who expressed her creativity through poetry and prose writing. She was an accomplished pianist, too. In fact. The morning of her death she performed in an instrumental trio.

After her death, her husband Otto Torney Simon wrote a book, The Message, the text of which he claimed he received from Anne after her death. The book published in 1920 and was titled, The Message of Anne Simon. Part of her epitaph, “A SOUL WHOSE EYES WERE KEENER THAN THE SUN, A SOUL WHOSE WINGS WERE WIDER THAN THE WORLD” is in the foreword to the book. The last cryptic line of her epitaph, “There is no Death” is also from the book written after her death. On page 26, Otto writes, “There is identity here! You will know me. And give the message: There is no Death, but there is Life, a new Life, which mortals will understand when they know love. The veil is thin (use gossamer; it is beautiful). Love will rend even this…Give this message!”

The symbolism of the angel carved by Putnam for Simon’s gravesite was described, “…with wide flung hands and upward gaze symbolizes liberation of our faculties and our abilities, the enfranchisement of the soul released by the kindly gift of Death.

The Morton Memorial was created as a monument for the Spring Hill Cemetery, in Lynchburg, Virginia.  The limestone memorial depicts three allegorical figures representing—Fortitude, Vision, and Kindliness.  It was completed and installed in 1945.  Inscribed on the base of the monument, “THIS MEMORIAL, GIFT OF ROSALIE SLAUGHTER MORTON MD, IS A TRIBUTE TO THE SONS AND DAUGHTERS OF OUR CITY OF THE HILLS.”  The memorial was sculpted by Brenda Putnam.