Colma, California was established as a necropolis.  That is, the reason that Colma was created was to “house” the dead from San Francisco.  With the exception of the military cemetery at the Presidio, and a churchyard or two, all of the graves within the city were moved south to Colma.  Now the ratio of dead to living is so lopsided that the unofficial motto is, “It is great to be alive in Colma!” 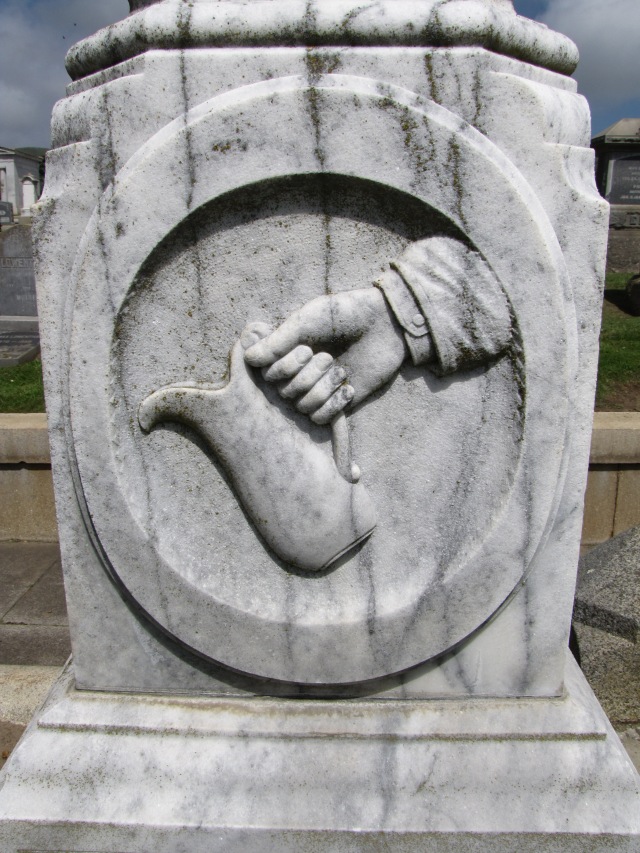 What formed are cemeteries that are dedicated to various cultures and religions.  One of the historic cemeteries in Colma is the Home of Peace Cemetery—a Jewish cemetery.  Two of the gravestones within the cemetery display a pitcher.  In the Jewish tradition the pitcher connotes a person who descended from the Hebrew tribe of Levi.  One of the images actually shows water pouring from the pitcher in anticipation of a Levite assisting in the worship often by washing the hands of a priest.

The pitcher, however, in a Christian cemetery could take on one of two different meanings.  It could represent a person who was of strong moral character—often found on the gravestone of a woman.  Or it could mark the grave of a prohibitionist. 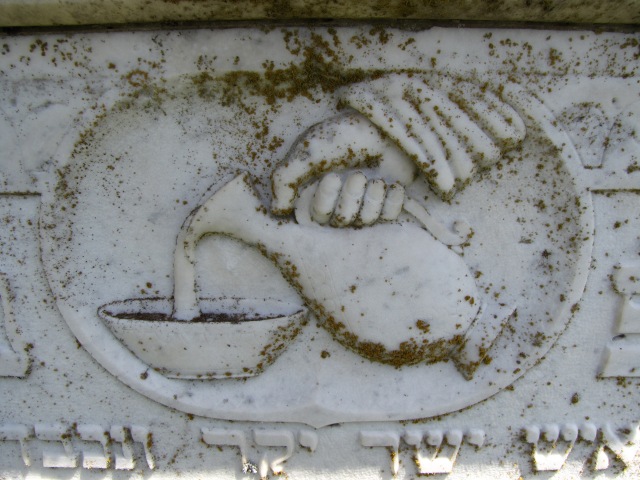