Posted on February 22, 2018 by gravelyspeaking A sign outside the gates of the Old North Cemetery announces the burial of the most New Hampshire native son within its fencing.  The sign outlines the major accomplishments of Franklin Pierce:

Fourteenth President of the United States

Lies buried in nearby Minot enclosure.

He was popularly known as

“Young Hickory of the Granite Hills.”

While the sign outlines Pierce’s political accomplishments, there is nothing about his personal life.  Franklin Pierce was born in Hillsborough, New Hampshire.  He married Jane Appleton, the daughter of a Congregational minister.  Jane and Franklin were nearly polar opposites.  Franklin was outgoing and gregarious.  Jane was shy and suffered from depression.  Jane was pro-temperance and devoutly religious.  Jane was from a family that belonged to the Whig party and the Pierces were Democrats.  She eschewed the limelight, while Franklin thrived in it. 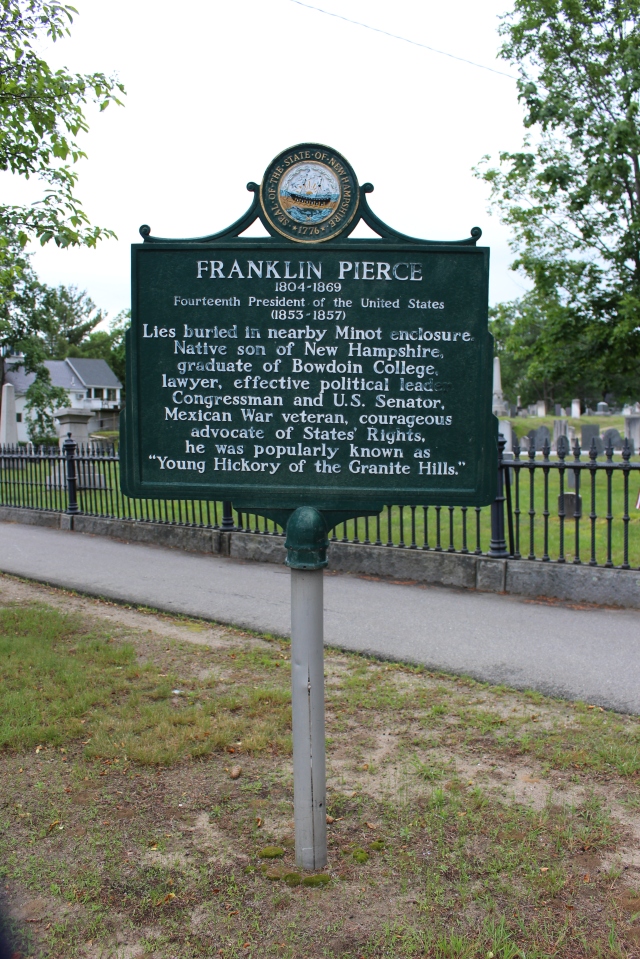 Their marriage and life together was punctuated with tragedy.  Franklin and Jane had three sons.  Franklin Pierce Junior, who was born in 1836, died just three days after his birth.  Their second son, Frank Robert, born in 1839 and died four years later from typhus.  Their third son, Benjamin, was killed in a tragic train accident two months before Pierce took office.  The family was traveling when the train they were riding in overturned and their son, Benjamin, was killed. 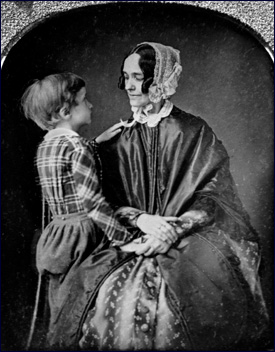 Pierce took the office of the presidency exhausted and bereft.

Pierce served one term.  His party did not re-nominate him.  He returned to private life but did not ever give up his zest for politics.  He stayed engaged but was not elected again to office.  His wife, Jane, died in 1863.  Franklin, a lifetime long heavy drinker, died in 1869 from cirrhosis of the liver. 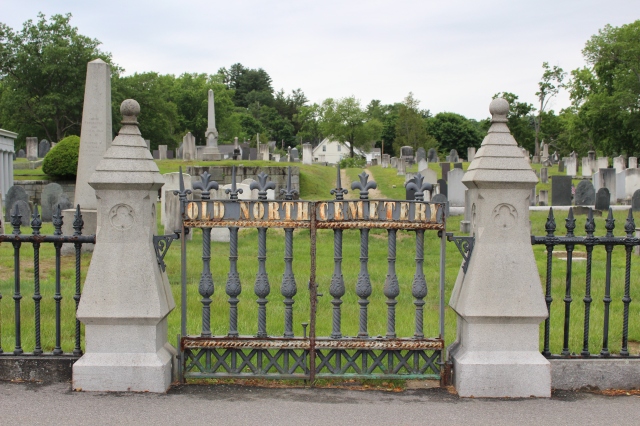 President Franklin Pierce and his wife, Jane, were buried in the Old North Cemetery, the oldest cemetery in the Concord, New Hampshire.

The gravestone for President Franklin Pierce, his wife, Jane, and two of his three children, Frank and Benjamin, is constructed of unpolished gray granite and sits in a semi-circle of neatly-tended flowers and plantings. 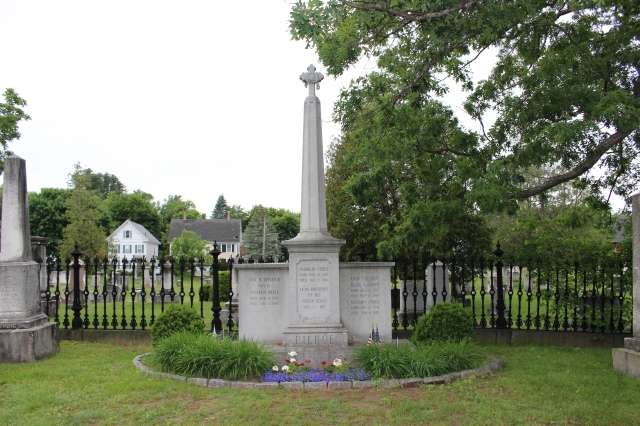 The central portion of the monument consists of a block sitting on a platform.  A tall six-sided tapered column rises above the center block and is topped by a floriated or fleury cross, with a cloth draping it.  The empty cross with drapery is known by many different names—Risen Cross, Resurrection Cross, Draped Cross, Shrouded Cross—and symbolizes atonement and redemption. The center of the floriated cross features a circle.

On either side are flat blocks topped with a thin ledge flanking the central and main portion of the monument.  On the left side is the inscription:

On the middle portion of the monument is the following inscription:

On the right flank of the monument is the following inscription: 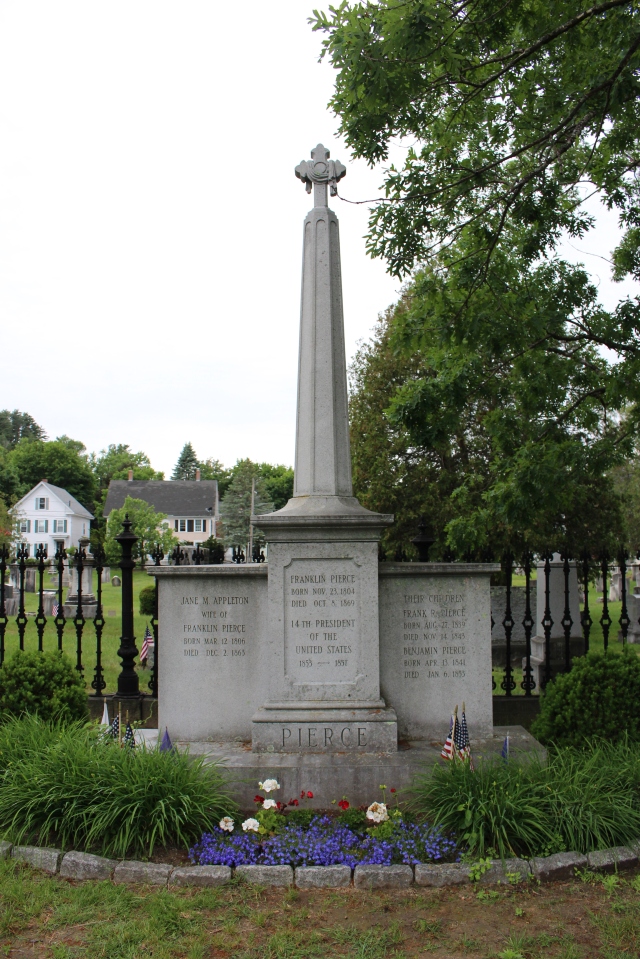