Posted on February 17, 2018 by gravelyspeaking

James Monroe (April 28, 1758 – July 4, 1831) was the fifth President of the United States (1817 to 1825).  Most historians rate Monroe as an above average president for the way he managed the office.  He appointed the people to various positions based on their credentials with no regard to whether or not they belonged to his political party which lessened the tensions in the two-party system. The economy was relatively stable during his presidency and the after the War of 1812, nationalism was running high.  His time in the office was dubbed “The Era of Good Feelings.” His crowning diplomatic achievements included the enunciation of the Monroe Doctrine and the acquisition of Florida.  During his presidency five states—Mississippi, Illinois, Alabama, Maine, and Missouri—were admitted to the Union.  Monroe left office as a popular president.

When Monroe’s wife, Elizabeth, died in 1830, the president moved to New York to live with his daughter, Maria Hester Monroe Gouverneur, and her husband Samuel.  His health was already failing.  He died on July 4, 1831, and was buried in the Gouverneur family’s crypt in Marble Cemetery in New York City. 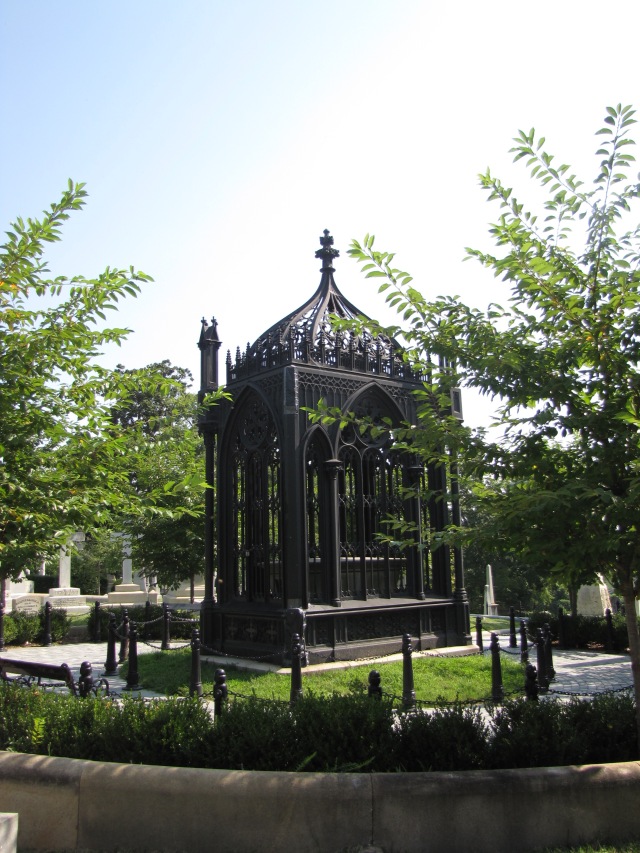 In 1858, Monroe’s body was re-interred in the Hollywood Cemetery in Richmond, Virginia.  His body was laid to rest in a sarcophagus with a slate plaque that reads, “James Monroe, Born in Westmoreland County 28” April 1758.  Died in the city of New York 4” July 1831.  By Order of the General Assembly His Remains were removed to this Cemetery 5” July 1858.  As an evidence of the affection of Virginia for Her Good and Honored Son.” 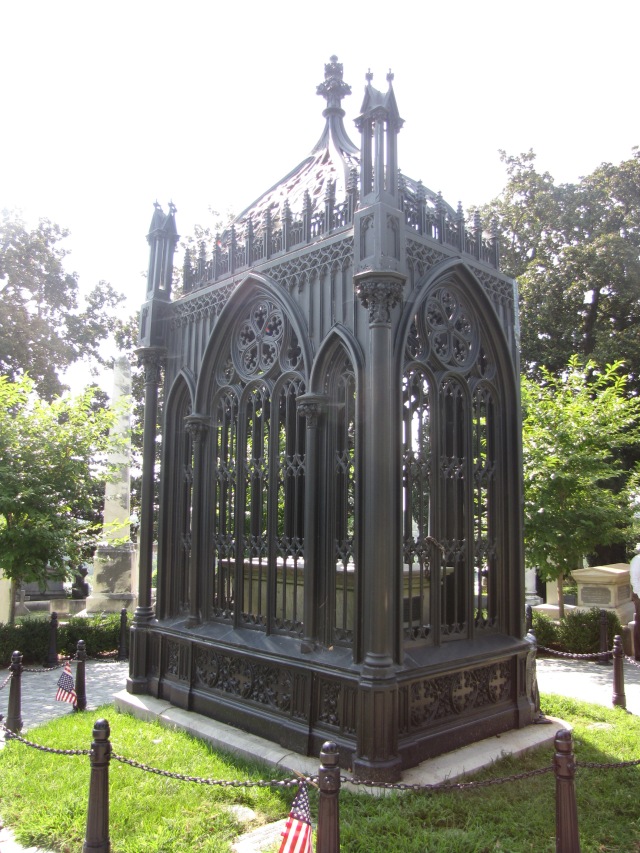 The white granite sarcophagus is surrounded by an elaborate cast-iron temple-like structure designed by Albert Lybrock.  The Gothic Revival structure, complete with lancet and rose windows has become known as the “birdcage.”  Since its construction, it has repaired, patched, filled, and painted several times.  Even still the structure was in bad disrepair and needed urgent care.

A Richmond Times-Dispatch September 29, 2015, article reported, “The ornate cast-iron canopy over the tomb of President James Monroe will be taken apart and restored to its original, lighter color as part of a $900,000 restoration of the Gothic Revival structure that helped put Richmond’s Hollywood Cemetery on the map. The repair project, announced … by the state Department of General Services, is timed to coincide with the 200th anniversary of Monroe’s election as the fifth president in 1816.”

Conservators estimated that up to 40% of the structure needed to be replaced, recast, or repaired.  After examination of the structure and photos of the canopy at the time of its erection, it was determined that it was originally painted a light gray more closely resembling the granite sarcophagus.  After the birdcage was taken apart and repaired, it was repainted to match the original color and re-installed as a fitting tribute to the fifth President of the United States. 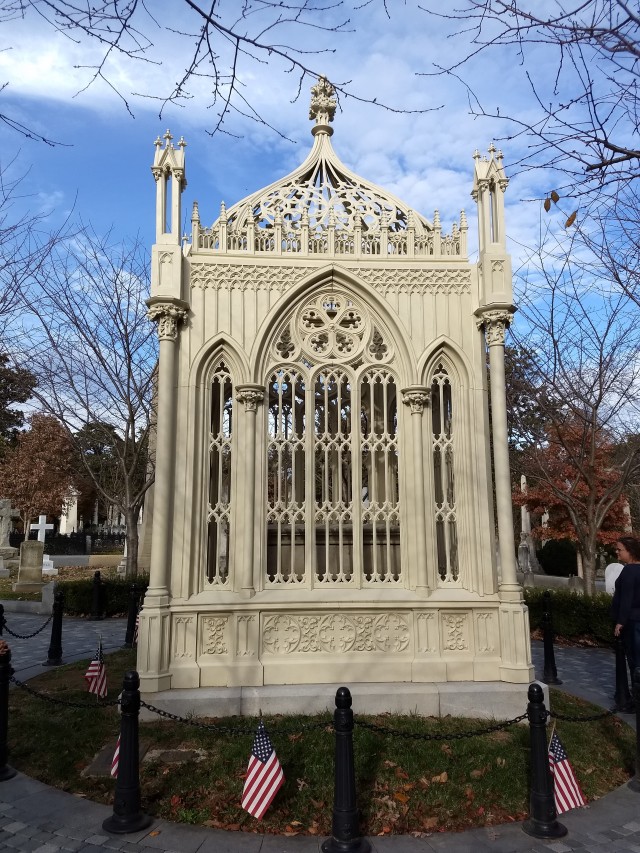