Posted on January 5, 2018 by gravelyspeaking 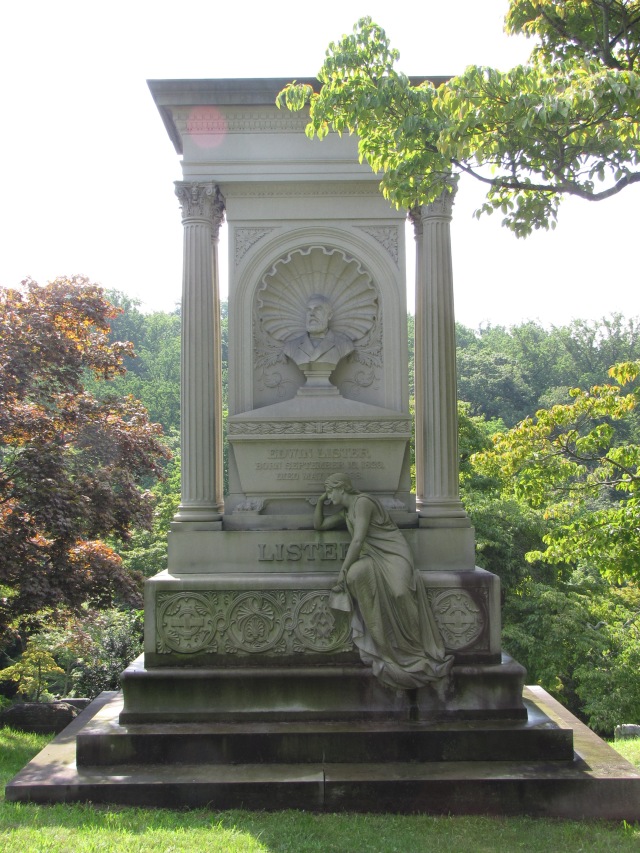 The 12-foot high Edwin Lister monument stands on a slope in the Sleepy Hollow Cemetery in Tarrytown, New York.  The monument was created by New England Granite Works Company and featured in one of their catalogs to demonstrate the company’s skill in producing one-of-a-kind grave markers. 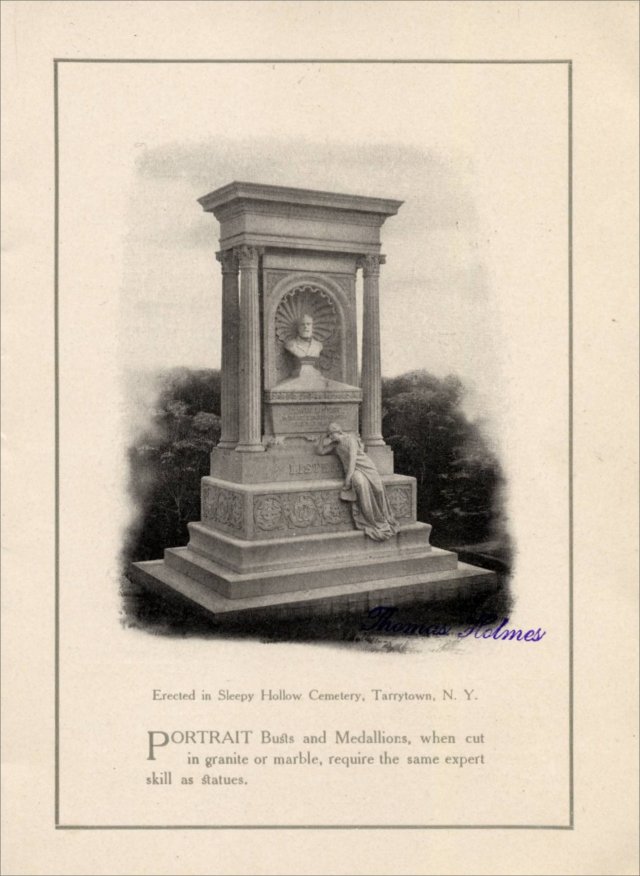 The neo-classical design constructed of gray granite is expertly carved, though it is not signed.  The central feature of the monument is a bust of Lister atop a sarcophagus flanked on either side by Corinthian columns, supporting a lintel and cornice. Lister’s bust is facing slightly to the right and framed by a recessed seashell.  A mourning figure dressed in a classical gown draping her body, her head leaning against one arm, with what looks to be a scroll in the other, rests on an elaborately carved plinth. 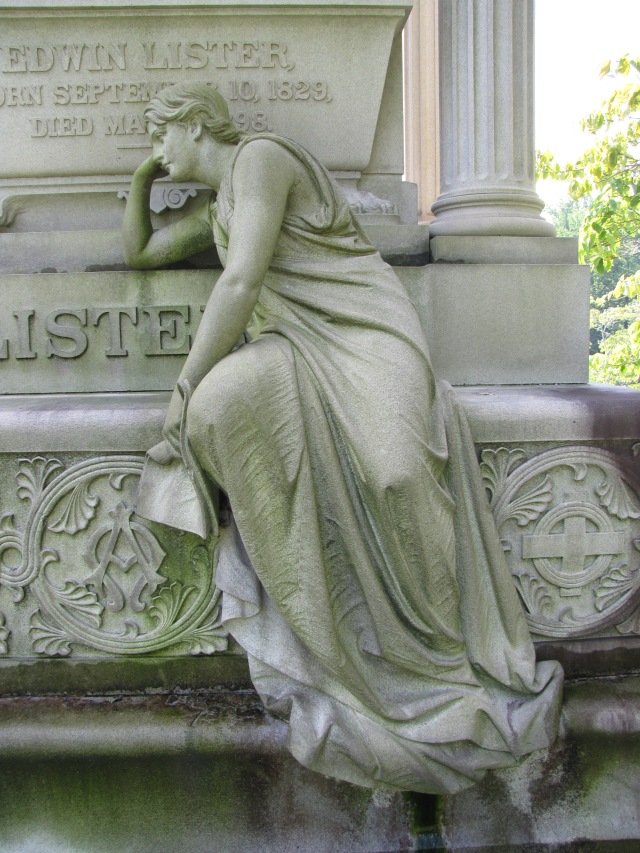 Edwin Lister was born in England and immigrated to the United States with his father and family as a teenage boy.  Lister’s father, Joseph, manufactured button.  Edwin apprenticed in his father’s business.  Differing descriptions of Edwin Lister’s business include him following in the family business as a button maker while others describe him has a manufacturer of fertilizer.  Whatever his business, he was obviously successful. 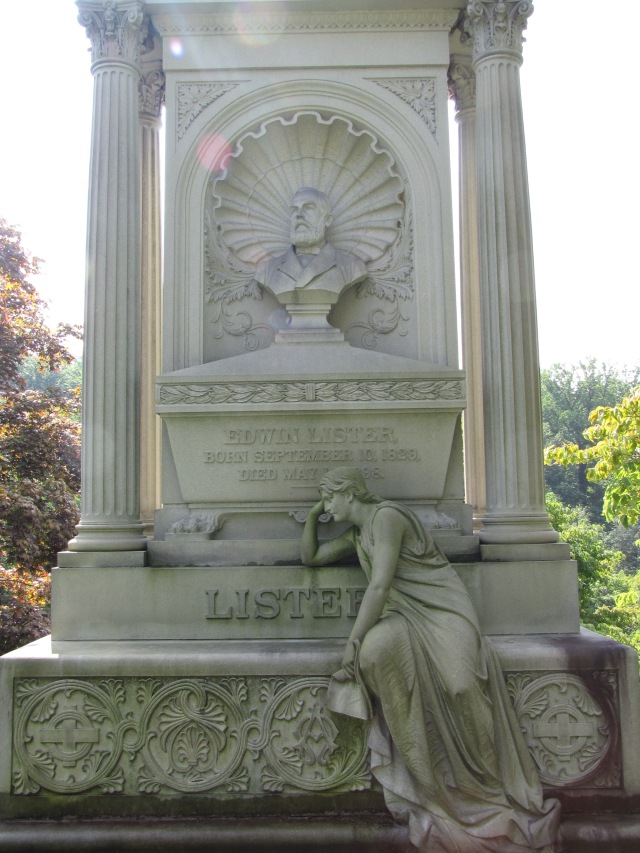 The New England Granite Works catalog and many other gravestone and monument company brochures can be found at the Stone Quarries and Beyond Website: http://quarriesandbeyond.org/cemeteries_and_monumental_art/cemetery_stones.html.

The Stone Quarries and Beyond Website was created by Peggy B. and Patrick Perazzo. It focuses on historic stone quarries, stone workers and companies, and related subjects such as geology. Whenever possible links of finished products are provided on the Website. There is a “Quarry Articles” section that presents articles, booklets, and links from the late 1800s to early 1900s, including the 1856 “The Marble-Workers’ Manual.” The “Cemetery Stones and Monuments” section provides references and resources, including many old monument magazines, catalogs, price lists, and a photographic tour “From Quarry to Cemetery Monuments.”