Posted on December 19, 2017 by gravelyspeaking

We shall meet again, till then, farewell.

The sign marking the cemetery just a block off the town square in Bar Harbor reads in part:

Established before 1790 this cemetery holds in many unmarked graves the remains of those courageous men and women pioneers on the frontier of Downest Maine.  Sea captains, fishermen, shipwrights and hotelmen, selectmen and legislators, their wives and children, and the occasional sailor dying far from home also rest here….”

It is also true of marked graves, sea captains are buried in the cemetery, as well.  The white marble, pointed-top Gothic gravestone that marks the grave of Captain Stephen Higgins is an example of that.

The stone has been badly damaged and repaired.  The shield on the face of the marker has Captain Higgins’ name, birth and death date, and his age engraved on its face.  Just underneath is the simple one-line epitaph.  Above the shield is an oval with a bas-relief carving of an anchor. The anchor is an ancient Christian symbol that has been found in early catacomb burials.  The anchor was used by early Christians as a disguised cross and also served as a symbol of Christ and his anchoring influence in the lives of Christians.  Just as an anchor does not let a moored boat drift, the anchoring influence of Christ does not allow the Christian life to drift.  The symbolism is especially meaningful for a sailor, but in this case it most likely represents the fact that Stephen Higgins was a sea captain. 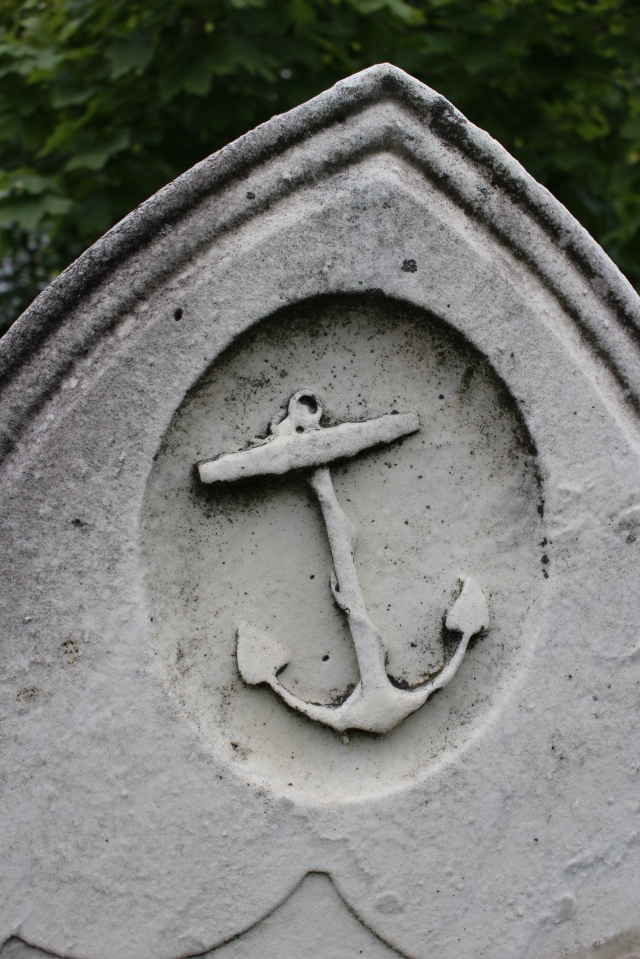 The Eastern Freeman newspaper in Ellsworth, Maine, the Hancock county seat and largest town in the county, published the following obituary notice on OCTOBER 3, 1862:

Capt. Stephen HIGGINS, age 57 years [differs from the age carved onto the gravestone]. For more than 30 years Capt. Higgins has been known in this vicinity as a skillful and superior officer in the merchant service, and all bear testimony to his perfect integrity and uprightness, to his kind generous nature, and many will say a good man has left us; a noble generous friend has departed. 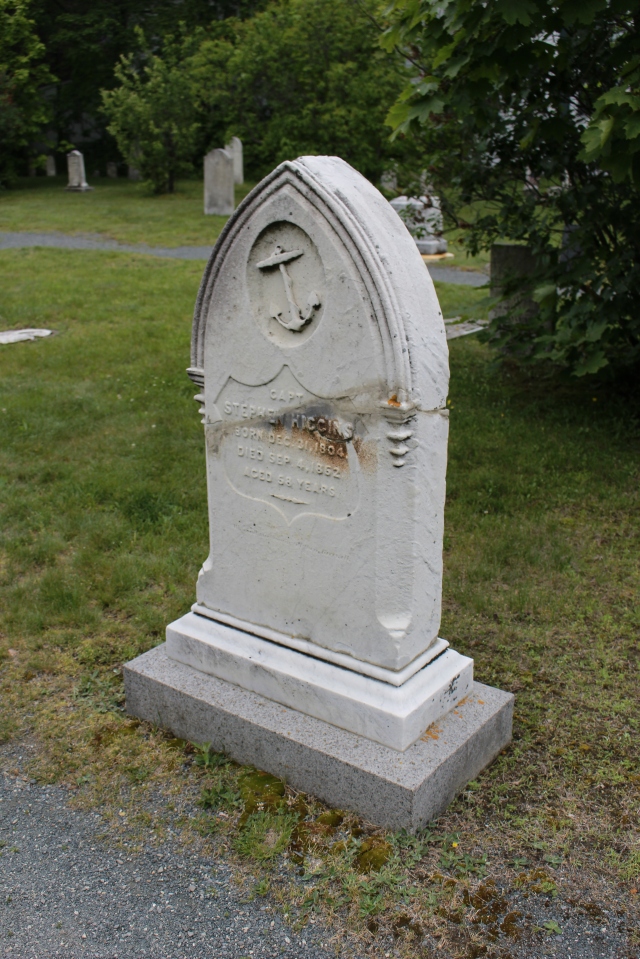