Posted on August 15, 2017 by gravelyspeaking

The Appleby Family Monument features a bronze sculpture standing in front of a stone arched alcove. The diminutive woman is leaning forward as if she is taking a step forward.   Two symbols are apparent in the statute—an ankh and a palm.  She wears a necklace that has an ankh and holds a palm frond.  Both symbols have religious meaning.  The palm is a symbol of spiritual victory.  The palm was the plant that was laid on Christ’s path as he entered Jerusalem.  It became a symbol of martyrdom and resurrection.  In the Middle Ages people wore the palm to signify pilgrimage.  The ankh is an Egyptian symbol of eternal life.

The statue was sculpted by Pietro Lazzari (1895—1979) an Italian born artist who immigrated to the United States in 1925 when fascism in Italy was on the rise.  He was educated at the Ornamental School of Rome where he became a Master Artist.  Lazzari’s first solo exhibition took place in Paris.  He became well known for his paintings, printmaking, and sculptures. 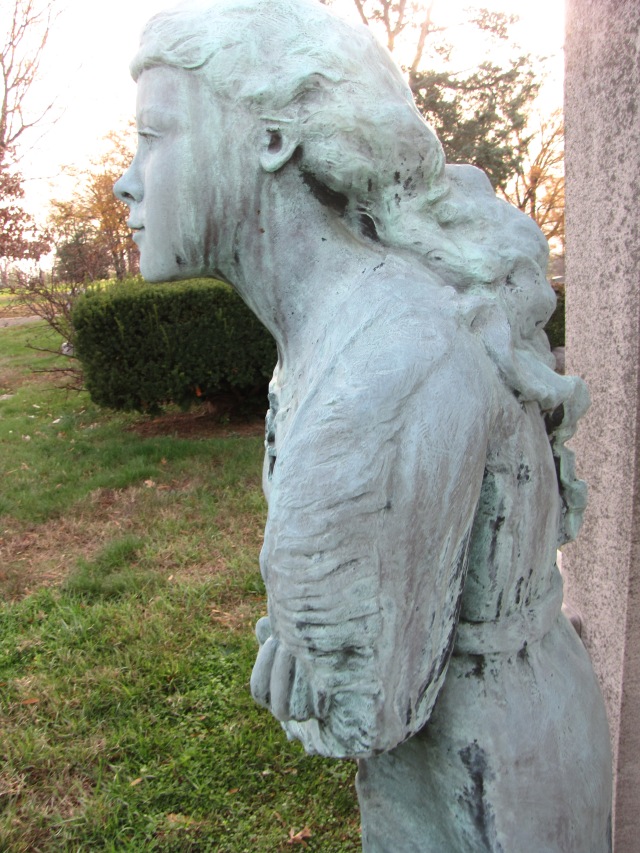