St. Michael is featured in many cemetery sculptures. Only the Archangel Michael is clothed in armor.  The sword he carries represents a cross but also a weapon in his war against the devil’s warriors. 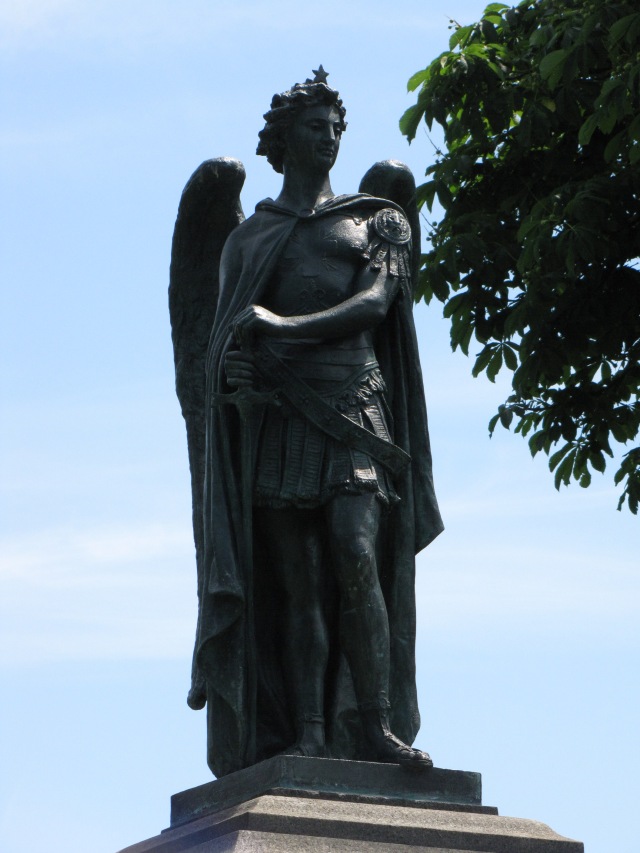