Posted on March 4, 2017 by gravelyspeaking 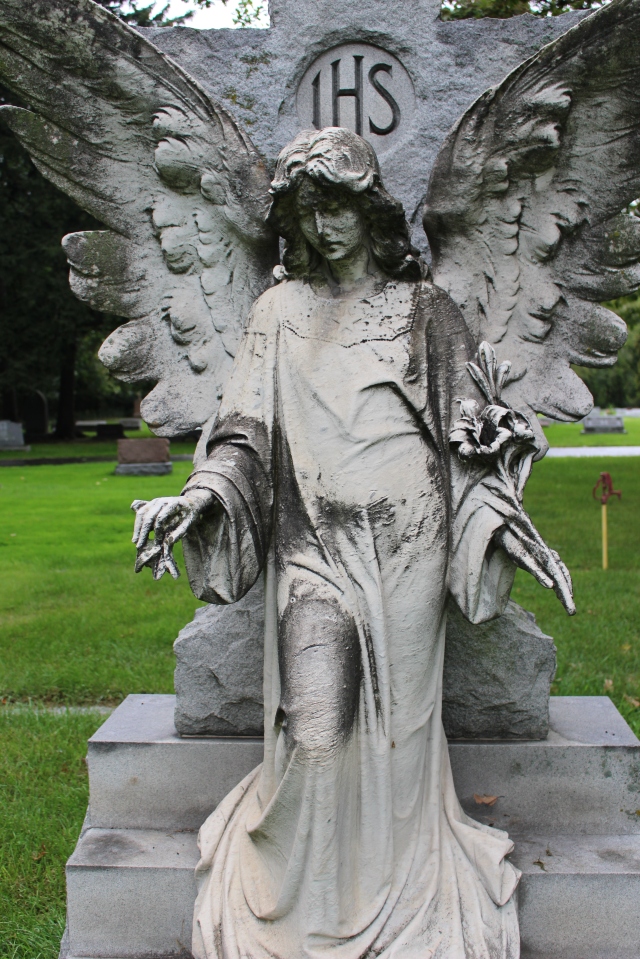 Roark argues in her piece that while Catholic scholastics wrote a great deal about angels that some Protestants counterparts dismissed angels as “a hodge-podge.” She further writes that Protestants were more or less ambivalent about theories about angels that largely originated with a work about angels titled On the Celestial Hierarchy written around 500 CE by a Greek known as Pseudo-Dionysus the Areopagite. This writing stimulated other theologians, such as Bonaventure and Thomas Aquinas, to write about angels.

Roark argues that angels were not “Romantic attempts to beautify death.” She writes, “while this was part of their appeal, angel monuments are far more complex in meaning and can act to reveal manifestations of popular Christian beliefs.”

According the article, angels come onto the scene in rural garden cemeteries in a big way starting in 1850 and then throughout the rest of the century. Though angels come in many variations and forms, in her study of 14 rural cemeteries from each region of America, Roark found that the majority of angels fall into the following eight categories: