What to do with leftover turkey?

Posted on November 27, 2016 by gravelyspeaking 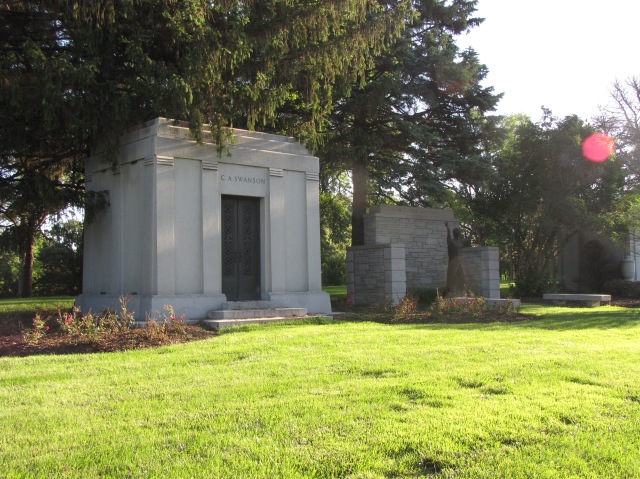 The Pilgrims celebrated the first Thanksgiving in the fall of 1621. They had made it through a harsh New England winter with a little more than half of the original group having survived it. For three days, the Pilgrims and a band of Wampanoag Indians played games and feasted. They likely ate venison, lobster, clams, swan, and other water fowl and probably wild turkey.

Turkey, however, has evolved into the main dish on most Thanksgiving tables in America. In fact, the national Turkey Federation (yes, there is such an organization—and they are not working on behalf of the turkeys) claim that 88% of American households serve turkey on thanksgiving.

The question usually following Thanksgiving is what to do with the leftover turkey? That was the same question that had to be answered by the Swanson & Sons Corporation in 1953. That year, Swanson ordered too many turkeys and literally tons were left over after the big holiday.

To get rid of the leftover turkey, a Swanson Company executive, Gerry Thomas, suggested producing dinners in aluminum trays—the company cooked up 5,000 dinners of turkey, cornbread dressing, gravy, peas, and sweet potatoes ready for re-heating. At 98 cents a pop, they were a hit. Within one year, over ten million were sold. The TV dinner was born!

Swanson and Sons was founded by Carl Swanson (1879 – 1949). Swanson was a Swedish immigrant in partnership with John O. Jerpe who grew what started as grocery store into a large dairy operation buying eggs and butter from farmers. The company started selling poultry and other meat. Swanson eventually bought the company from Jerpe and renamed C.A. Swanson and Sons. Carl’s sons Gilbert and Clarke joined the business.

All three are buried in the Forest Lawn Cemetery at Omaha, Nebraska. Carl Anton Swanson (1879 – 1949) and his wife Carol Gerock Swanson (1881 – 1952) are buried in a light gray granite mausoleum with straight horizontal and vertical lines in a modern design. His son’s monuments flank his mausoleum. 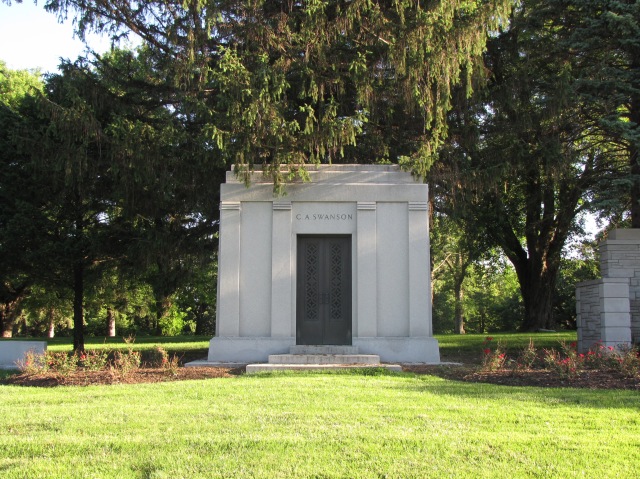 His son Gilbert Carl Swanson (1906 – 1965) and his wife Roberta Epperson Fulbright Swanson (1911 – 1959) have a modernistic monument with two columns split with bonze cross surrounded by delicate ornamental metal work separating the two halves. In the corners of the monument are the initials “G”, “C”, and “S” intertwined. 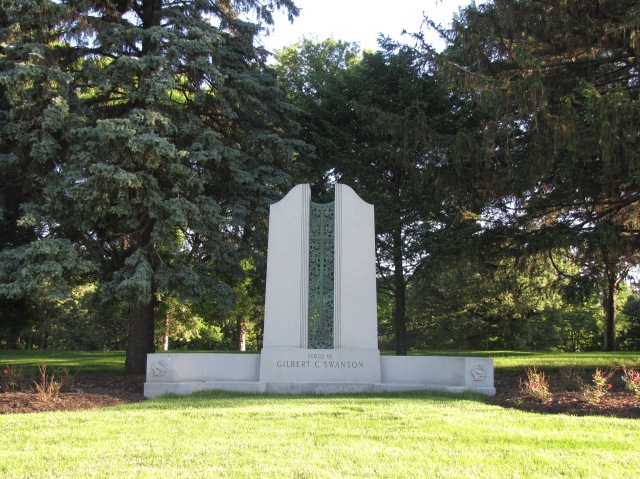 Walter Clarke Swanson (1908 – 1961) has an intriguing monument. It is directly to the right of Carl Swanson’s mausoleum and is a bit of a mystery. The sculpture created in 1963 by famed artist Bruno Innocenti (the statue is signed) of a male figure holding his hands in the air with flames emanating from the palms. The meaning of the statue seems to be unknown to all but the Swanson family. 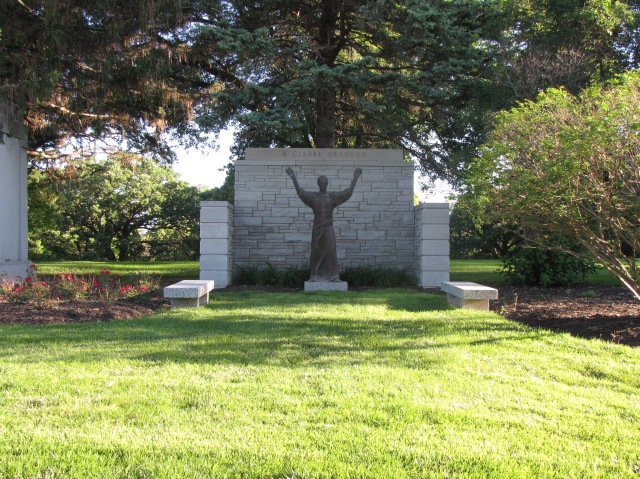 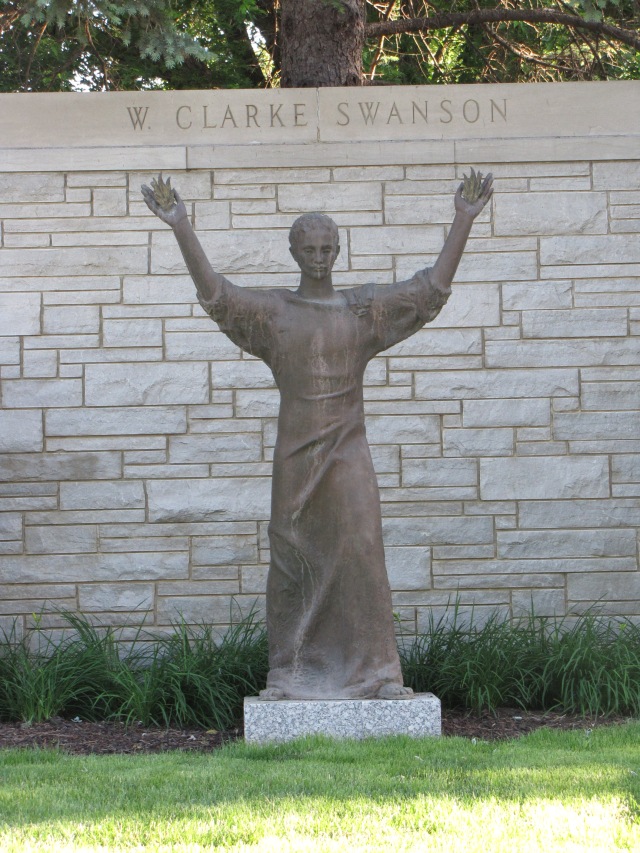 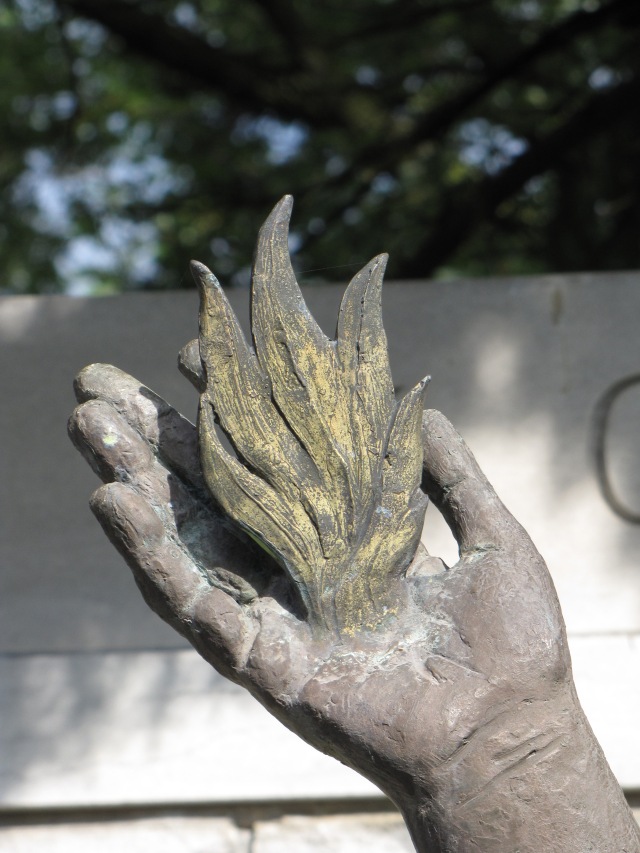 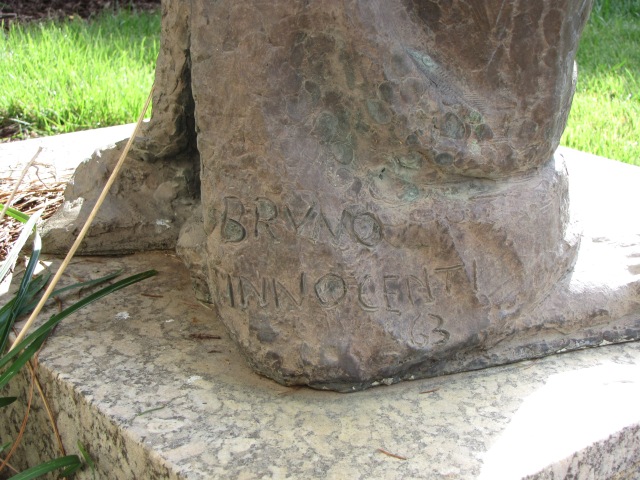 Now what to do about all that leftover turkey? There is always the old standard like a pot pie. Or you could try Melissa d’Arabian recipe for Chicken Pot Pie Turnovers, substituting turkey, of course. A new twist on an old idea. Here is a link to the recipe at the Food Network: http://www.foodnetwork.com/recipes/melissa-darabian/chicken-pot-pie-turnovers-recipe.html

This entry was posted in Famous graves, Mausoleums. Bookmark the permalink.