A Boy and His Dog

Posted on November 24, 2015 by gravelyspeaking 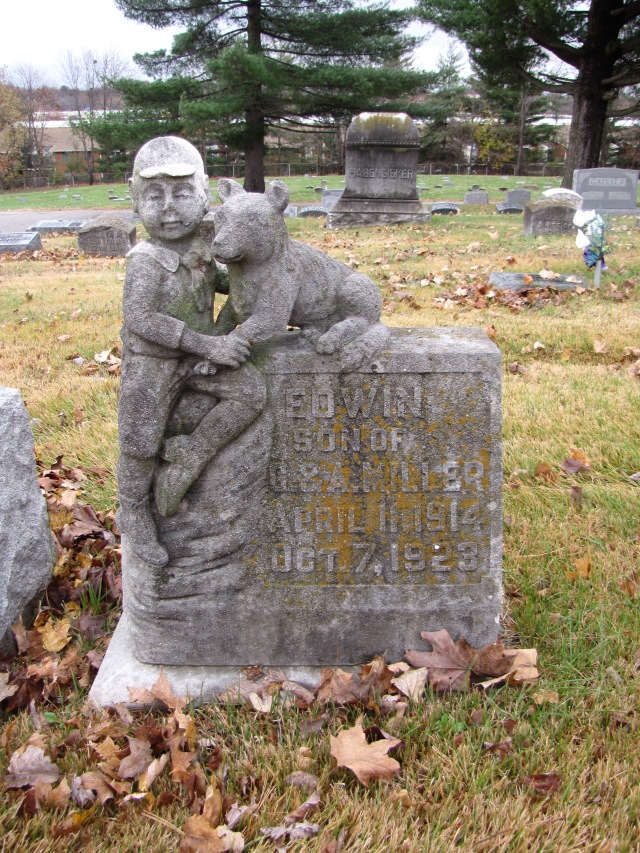 Edwin, the 9-year old son of Clarence and Anna Miller, has a gray marble gravestone in the Locust Hill Cemetery at Evansville, Indiana, marking his grave. The gravestone depicts a little boy clad in what looks like a sailor suit complete with a cap and bow clutching a puppy. The little dog snuggled up next to Edwin is clearly his buddy, a role dogs have fulfilled for a very long time. And dogs have long been considered man’s best friend! In fact, way back in 1821, the New York Literary Journal ran a poem that extolled just that.

The dog in this case most likely represents this little boy’s best friend, but traditional qualities attributed to dogs still come to mind—such as loyal and vigilant. The image of the boy and his pup depicts a happier, carefree time in Edwin’s short life. 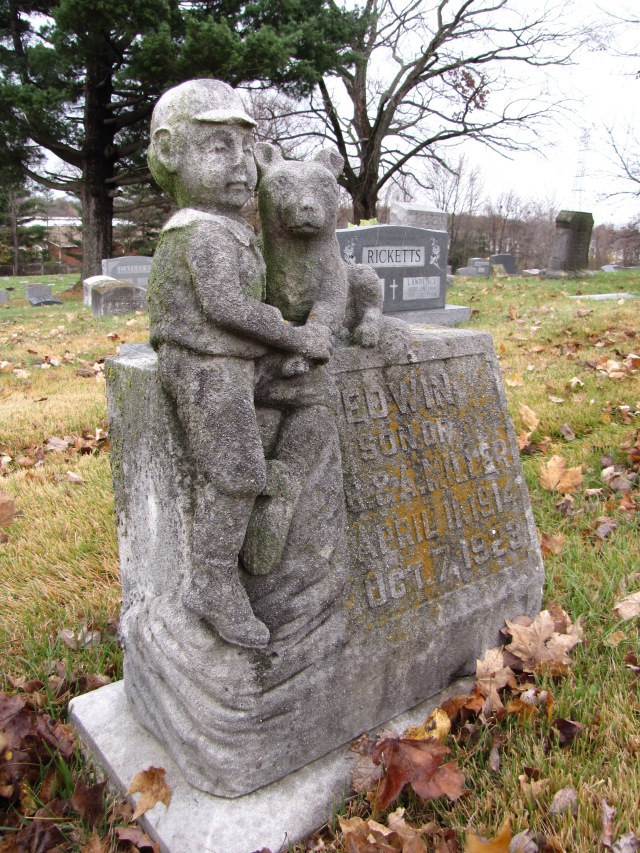 This entry was posted in Children's Graves. Bookmark the permalink.

1 Response to A Boy and His Dog