Posted on October 18, 2015 by gravelyspeaking

Dr. Joseph Barnard (1838-1926) was a Presbyterian minister who plied his craft in Pennsylvania, Iowa, Wisconsin, and Illinois. Joseph and his wife Martha Grey Grubb Barnard (1842-1919) and their children eventually settled in Madison, Indiana, where Barnard served as a minister of the 2nd Presbyterian Church there for over 20 years.

The Birth, by George Grey Barnard

While Barnard was an influential minister in southern Indiana, his son, George Grey Barnard, (1863-1938) gained fame as a noted American sculptor. His works can be found in New York at the Metropolitan Museum of Art, the town of Cairo, Illinois, the state capitol building at Harrisburg, Pennsylvania, among other places, as well as, the Springdale Cemetery at Madison, Indiana, where he sculpted a statue to honor his parents.

Some sources say the statue was titled, “Let There Be Light” while John Bower’s book, Guardians of the Soul, a book about cemetery sculptures in Indiana, say it was titled “Immortality.” According to the book Barnard’s masterful sculpture was described as “an incomparably beautiful figure of a woman in the matching loveliness of mature perfection and form…the lovely hands are uplifted, parting the veil that encircles the voiceless silence of dreamless dust.” 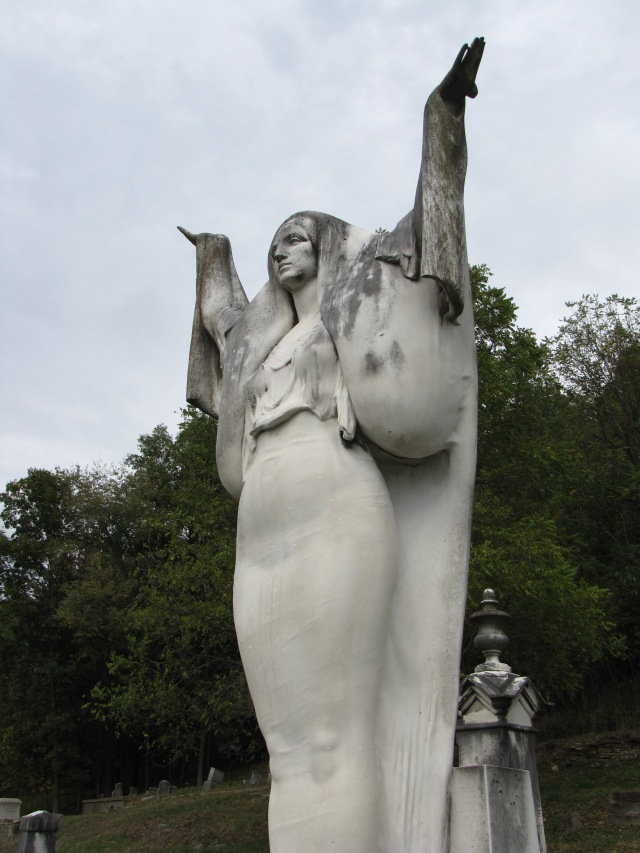